Team Daybreak took in a game at Zilker Park. 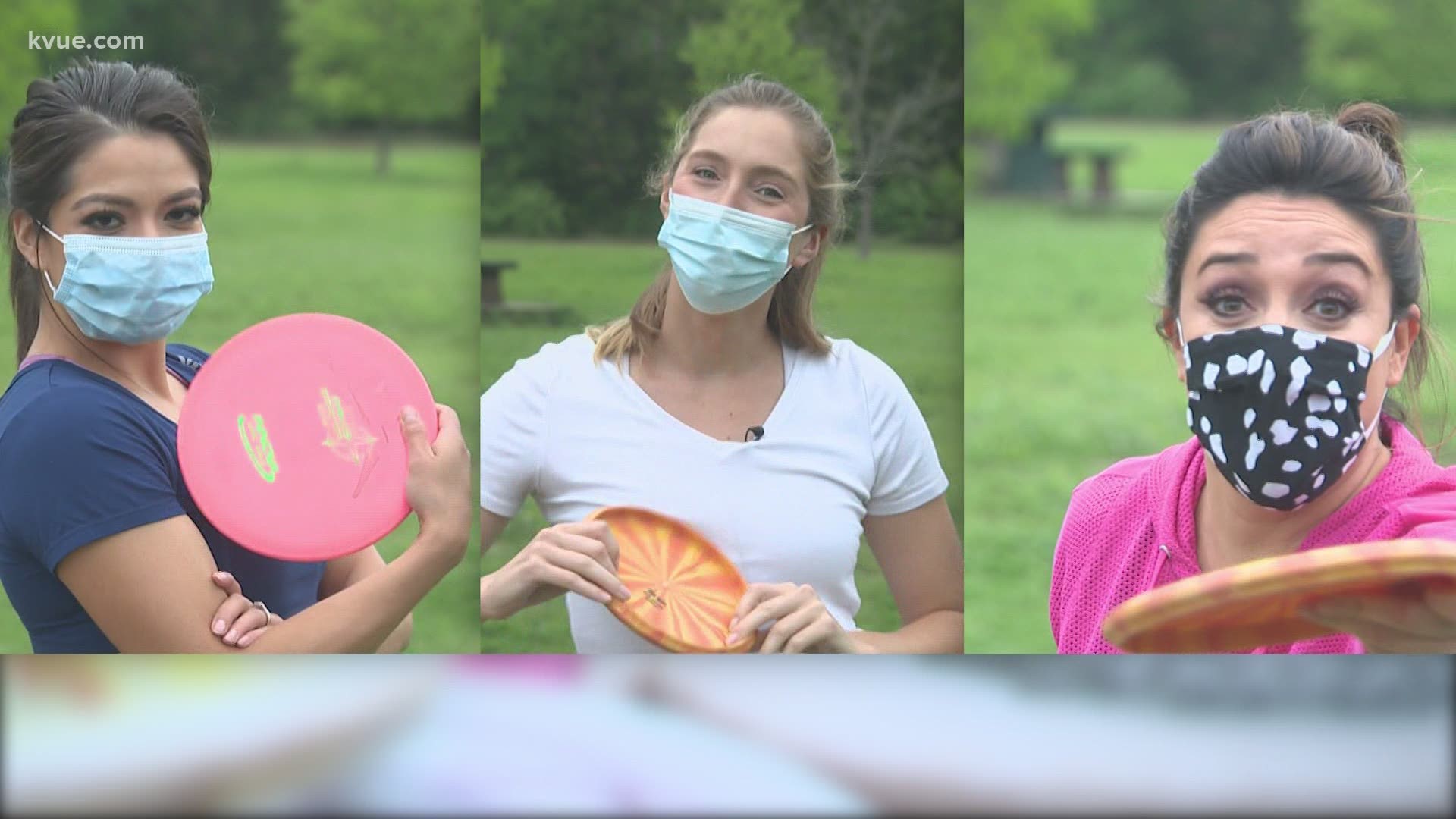 AUSTIN, Texas — As you're contemplating your weekend plans, how about a game of disc golf? The sport spiked in popularity during the pandemic. It's a good option considering it is played outdoors with plenty of space to social distance.

No clubs or cart were needed for our round of golf. But the fairway had me puzzled.

Mariel Ruiz, Tori Larned and I are new to the sport of disc golf. In many ways, it mimics traditional golf.

"If you lose track of your disc, is it like golf where you have to start there no matter what?" Mariel asked.

"So, the way it works is the person farthest back continues to go, right?" Tori asked.

Lucky for us, our KVUE co-workers Tom Rapp and Madelin Jones know the game well.

"I like, dabbled in college and stuff, but I would say during the pandemic is when I really got into it," Tom said.

We started off at the tee pad. This one had a 245-foot target distance and was a par 3.

"You're trying to get the disc into the basket in those few throws as possible," Tom said.

Sounds simple enough. The veterans make it look effortless. But form is key, and it takes time to get.

As we each took turns, we were reminded that certain discs are designed to do certain things.

The average player will spend about $20 on discs. Once you have that, most courses – which are city parks – are free of charge. And it's a sport that anyone can play.

Well, almost anyone. I was struggling.

Mariel, however, was clearly getting the hang of it. And there was no disputing that Tori came to play.

"I was just messing around, let's go! This is a competition, we came here to win!" she shouted.

A normal round, which is nine to 18 holes, can take anywhere from 90 minutes to two hours depending on the length of the course. The level of difficulty varies and while the game is easy to learn, it's hard to master.

"I think at the end of the day, if you approach it like I'm throwing a plastic disc at a basket in a random park, like, it's fun. If it makes it and goes in, it goes in," Tom said.

There are many courses in and around town – more than 20 in Austin alone. It's a perfect sport to play outside, socially distanced, and you get a lot of exercise with all the walking.