These delays stemmed in part from multiple thunderstorm systems that pushed flight crews past the number of hours they may work under federal safety rules. 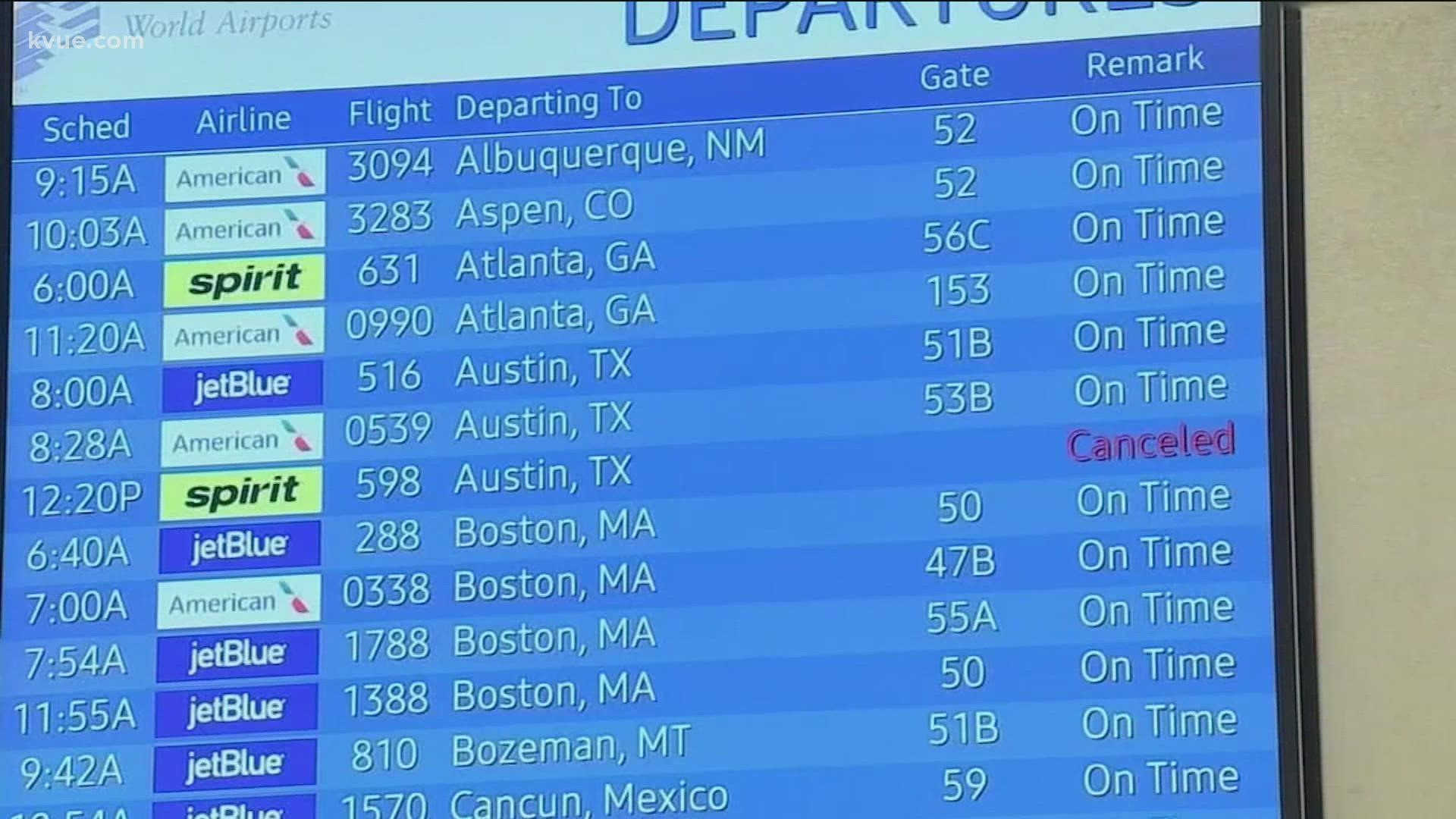 AUSTIN, Texas — If your travel plans this week involve Spirit Airlines, be prepared for some possible delays.

Spirit is entering a fourth consecutive day of flights being canceled or significantly delayed. The ultra-low-cost carrier says it's tackling "overlapping operational challenges" related to weather, staffing shortages and trouble with its systems.

According to CNN, this is leading to hundreds of flights being canceled nationwide. USA Today is reporting that more than 300 flights were canceled Wednesday.

In Austin, a spokesperson for the Austin Bergstrom International Airport (AUS) says since Sunday, Aug. 1, at least 10 Spirit flights have been canceled. And for the Spirit flights that weren't canceled, passengers faced significant delays. The spokesperson says that out of 16 arrivals and departures scheduled for Tuesday at AUS, only one flight was on time. Most flights saw a delay of at least 45 minutes.

CNN reported that these delays stemmed in part from multiple thunderstorm systems that pushed flight crews past the number of hours they may work under federal safety rules. Finding new crews for individual flights eventually drained the replacement crews' hours as well.

The airline said it was "working around the clock" to get back on track.

Spirit isn't the only airline facing delays and cancellations due to the weather. American Airlines canceled 22 flights on Monday, according to FlightAware.

As part of recovery efforts, American has currently canceled six out of 43 scheduled departures at AUS for Tuesday. At this time, there are no cancellations Wednesday.