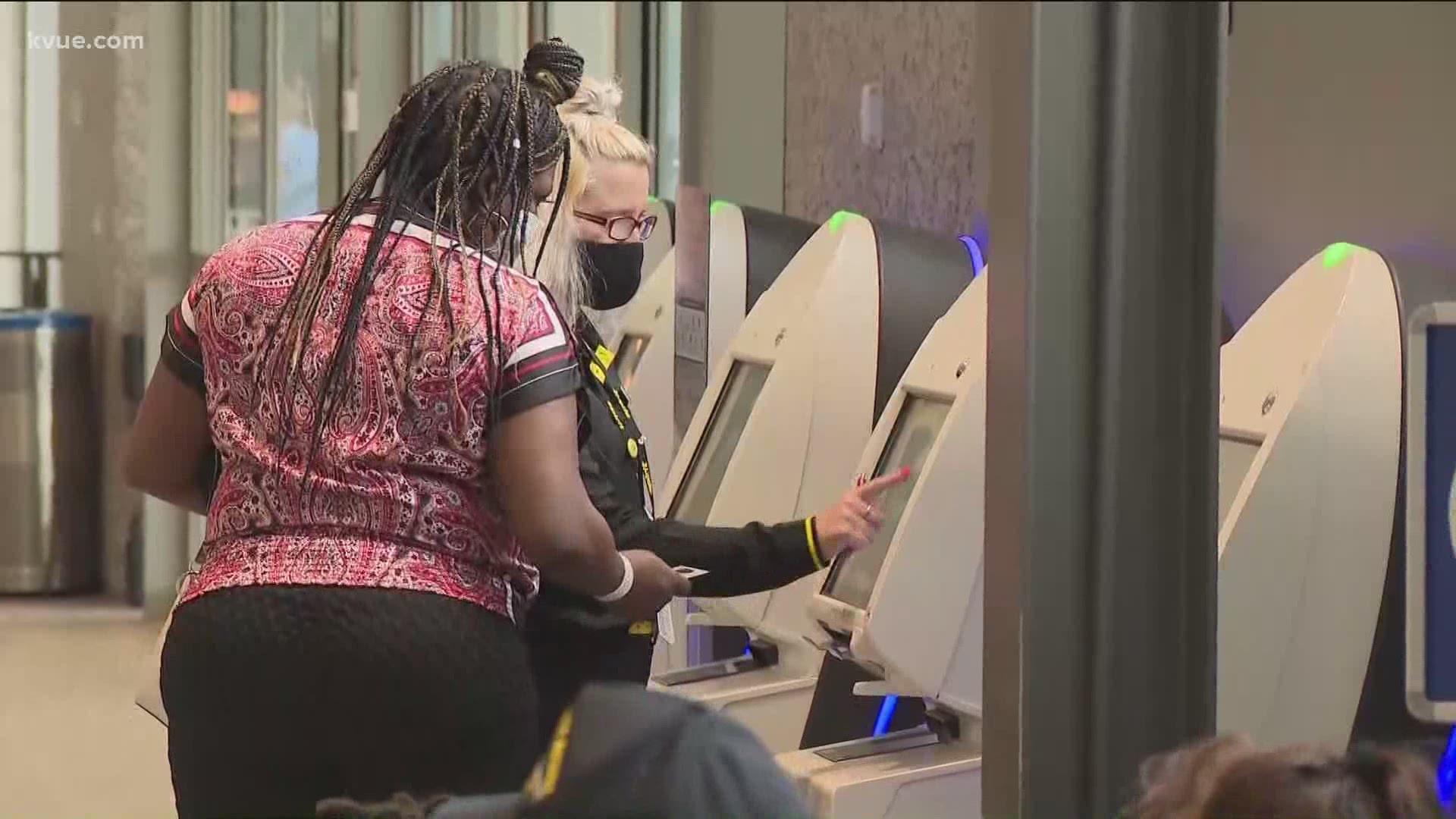 AUSTIN, Texas — Travelers flying in and out of Austin's airport should expect flight delays due to a temporary closure of the airport tower, officials said Monday.

"During this time, arrivals and departures will be occurring at a significantly reduced rate, so if you are flying this afternoon, please contact your airline for the latest flight information," Austin airport officials said.

Airport officials said travelers "should be advised that they may still experience delays this afternoon and should consult their airline for the latest information."

You can also check flight times and statuses here.

KVUE has reached out to the FAA for more information and were given the following statement:

"The air traffic control tower and TRACON at the Austin-Bergstrom International Airport reported a COVID-19 case today. The FAA implemented a ground stop affecting some arriving traffic at 3:00 p.m. local time. Air traffic controllers are working from an alternate location while cleaning of the tower and TRACON workspaces takes place. It is expected to be completed by 5:30 p.m. local time."

JUST IN: @FAANews tells @KVUE a COVID-19 case at the @AUStinAirport tower triggered a ground stop at 3 p.m. Air traffic controllers worked from an alternate location during disinfection of the tower. Normal operations are resuming but dozens of flights are delayed.