What the Beep: The Bull Creek and 45th Street intersection is going to get worse before it gets better

Construction is underway at the Grove development. 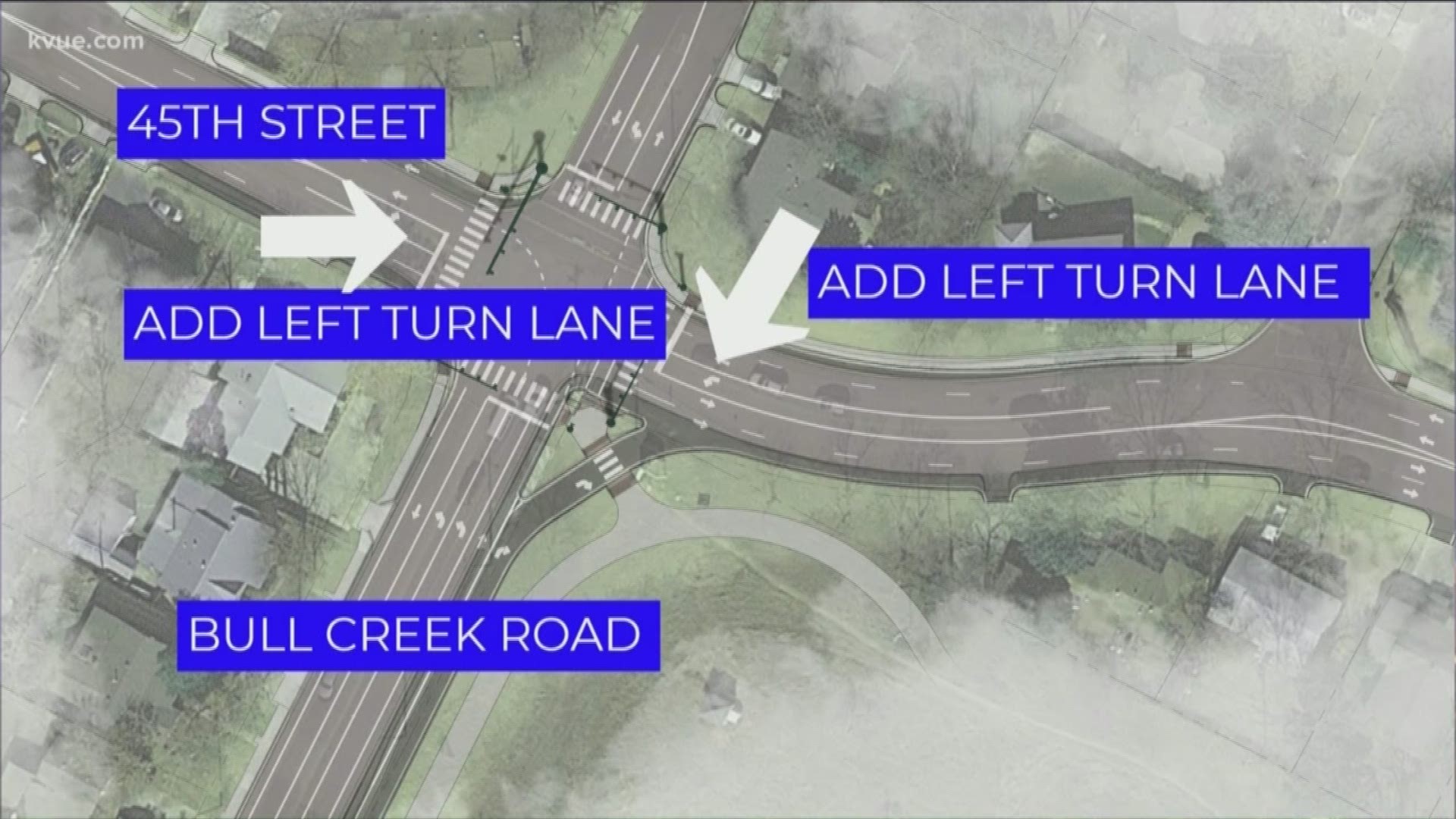 AUSTIN, Texas — For this week's What the Beep, we got an update on construction in a booming area in North Austin.

Bull Creek Road and 45th Street is already a busy intersection – and it's about to get a lot worse before it gets better because construction is underway at the Grove development.

The State of Texas once owned that 75-acre piece of land, and it was supposed to become a cemetery.

Now the plan is for a mixed-use development that will hold more than 1,500 homes, along with businesses and a 16-acre signature park with a pond.

It's a massive development bounded by two neighborhood streets. And while the project is under construction, work has just begun on traffic improvements.

What the Beep: Why does Jollyville Road suddenly stop?

What the Beep: How much is sitting in traffic costing Austin?

The goal is to make the Bull Creek and 45th intersection safer for drivers, pedestrians and bike riders. Road upgrades include adding dedicated left-turn lanes along 45th for traffic heading both north and south and adding an additional turning lane where traffic makes a left off Bull Creek onto 45th.

But the most unusual change will be the use of microwave radar to monitor the flow of traffic. The radar will control traffic lights and access to bike lanes and a pedestrian path.

Construction will take about nine months and regular lane closures will be necessary until then.

WATCH: What the Beep: Why does Jollyville Road dead end?

'I tried to punch it in the eye': 8-year-old boy fights off mountain lion attack with a stick