A video was posted by Instagram user @chevy__gordon, showing the skateboarder barrel into traffic on Lamar Boulevard in Austin. 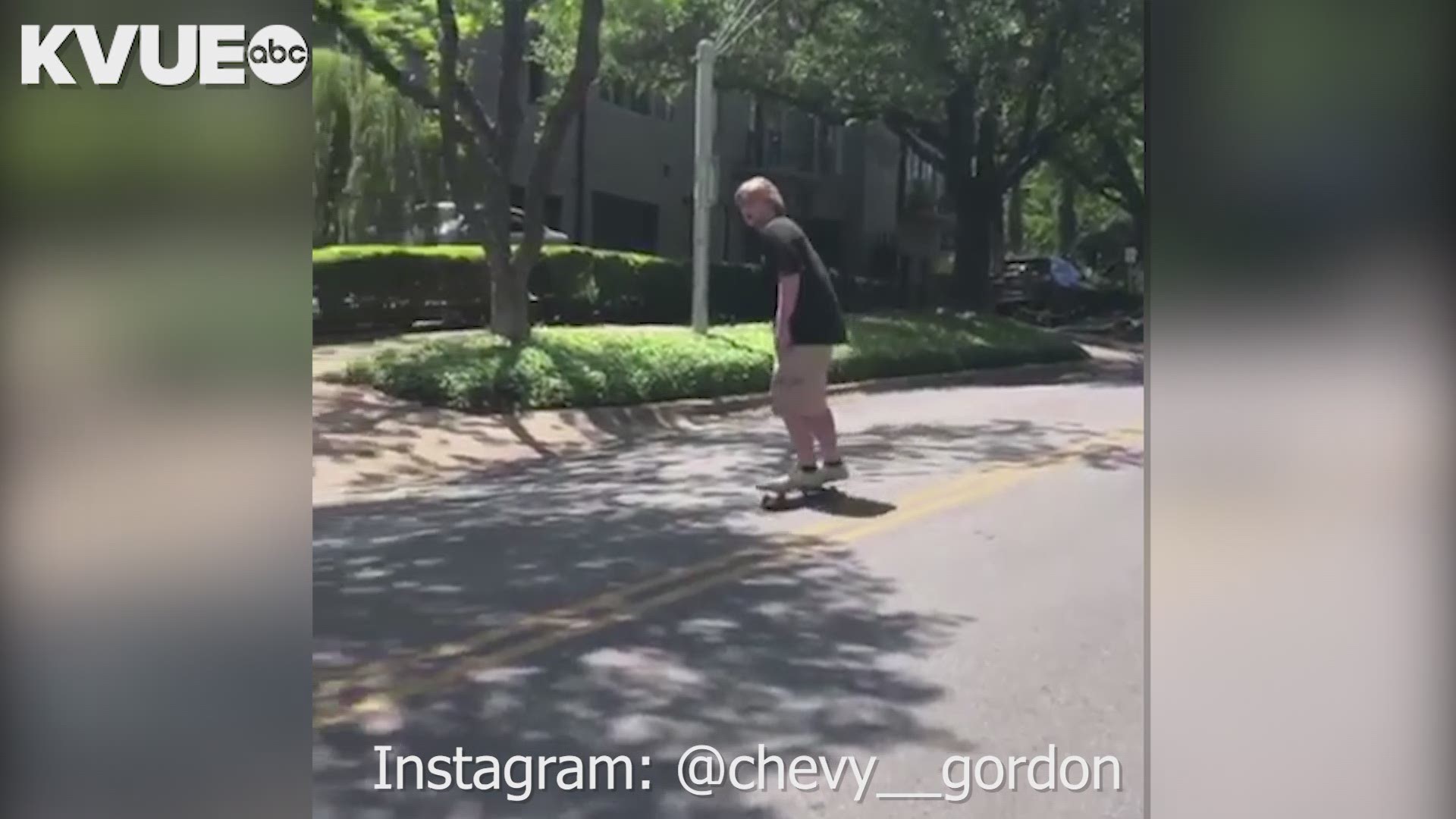 AUSTIN, Texas — An Austin skateboarder had a close call this week after barreling down a hill and into busy traffic along Lamar Boulevard.

Video, which captured the whole thing, was posted on Chevy Gordon's Instagram April 21. In the video, he is seen riding down a hill at 12 Street and into traffic on Lamar Boulevard, despite there being a green light for cross-traffic.

VIDEO: Skateboarder falls off board after barreling into Lamar Boulevard traffic

KVUE reached out to Gordon, who said he was OK after the incident.

Austin police said they don't have a record of responding to the incident.

The video was posted to an Austin subreddit and some Austinites said this isn't the first time they've seen something like this happen.

"The exact same thing happened to a friend of mine, he was driving westbound on Barton Springs Rd while I was riding shotgun and this kid on a skateboard just came flying down a hill right in front of us," said reddit user marauder09. "My friend slammed on the brakes but still collided and sent the kid flying. I called 911 while we and some other witnesses checked on the kid. He was banged up and incoherent but stable. EMS came and picked him up and that was that. Hope he recovered and learned his lesson."

Another reddit user mentioned that people who do things like this should be charged with a crime.

"Honestly the person your friend hit (and the kid in the video) should be charged with a crime," said reddit user Imsosadsoveryverysad. "Knowingly putting yourself in harm’s way at the expense of someone else’s mental and physical health is selfish, premeditated, and harmful, and should be treated as such."

According to police, if a skateboarder, cyclist or scooter rider were to ride down a hill and run a red light, or disregard a posted sign, they could run the risk of being written a citation.