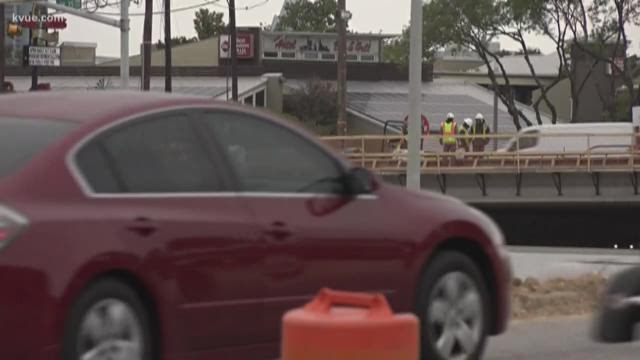 In an effort to assist with congestion on Interstate 35 through downtown Austin, the Texas Department of Transportation is looking at adding two managed express lanes, where fees are increased during heavy traffic and lowered during light traffic, in each direction.

The toll lanes would be similar to Mopac's single express lane.

TxDOT Public Information Officer Diann Hodges said the express lanes would stretch 33 miles from RM 1431 in Round Rock to SH 45 Southeast near Buda. One of the most challenging areas is downtown -- where the department said the congestion is the worst.

"Because of the constraints and the fact that we cannot widen the roadway, we're actually going to go down," said Hodges.

Along with adding two additional lanes, TxDOT said I-35 through downtown Austin would be lowered, and it is possible that the plan could involve removing the upper decks that stretch from Martin Luther King Boulevard and Airport Boulevard.

"We only get one shot to rebuild and improve I-35 through downtown Austin, so we have to do as much as is reasonable within the existing footprint to enhance mobility and lower it," said Senator Kirk Watson.

There is also the possibility the express lanes downtown would be on a lower level than the general purpose lanes, according to TxDOT.

However, some of you have asked: Why toll lanes? Why not all general purpose lanes?

TxDOT said if that were the case, the lanes would clog quickly.

"This is a way to kind of control that traffic," said Diann Hodges. "Provide some relief to those general purpose lanes but also provide those who may need to get somewhere in a hurry, that opportunity."

Department officials said while they're making improvements to I-35, they also see the opportunity to improve safety features of the highway: longer entrance and exit ramps, intersection bypass lanes and bicyclist and pedestrian improvements.

Before the project can begin, TxDOT said public input from previous I-35 meetings will be taken into account as well as an environmental study. People will also be able to voice their concerns at open houses during the spring of 2018.

An environmental decision on the Capital Express project is expected in 2019, and construction could begin in 2021, TxDOT officials said.