Traffic congestion in Austin taken on by 'Move ATX'

Leaders in Austin launched the group 'Move ATX' on Thursday to tackle traffic congestion in Austin. 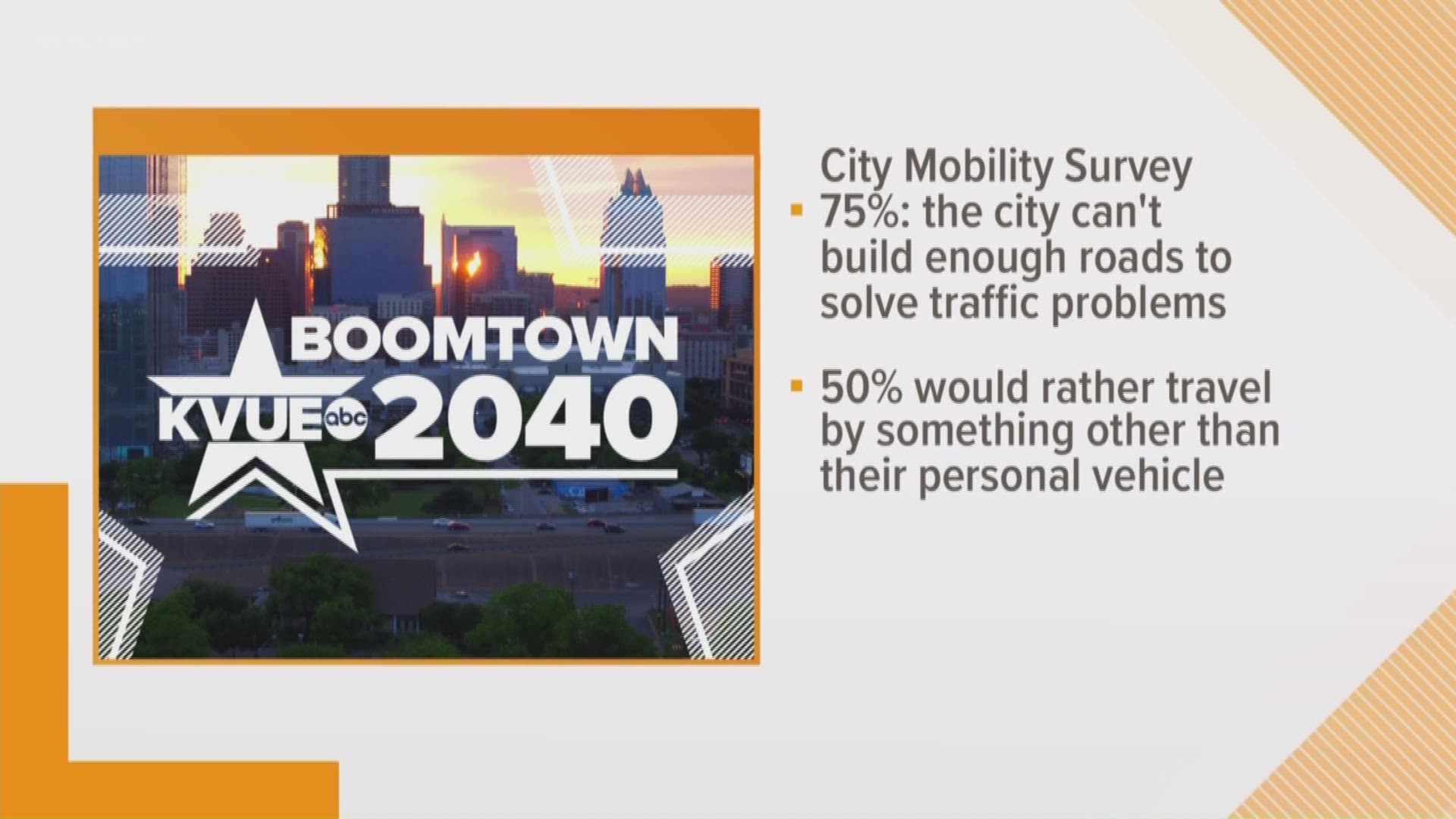 AUSTIN, Texas — A new group is set to take on traffic congestion in Austin.

'Move ATX' was launched by Austin city leaders on Thursday.

The new group released the results of a survey where 75 percent of people asked responded that the city can't build enough roads to solve our traffic problems.

The results also showed 50 percent of people said they would rather get around town in something other than their own car.

As Liberty Hill grows, so does its traffic

Austin police offer tips about towing ahead of SXSW

Intersection changes proposed for 360 and RM 2222

Austin's population is expected to double by the year 2040 and Mayor Steve Adler says the only way to keep up is to expand other options for commuters.

"Our shared goal is not to get everybody on a bike," said Mayor Adler. "We know that's not going to happen, but I'll tell you, as I drive in my car if I can get some of the people driving around me to get out of their cars and onto a bicycle, or on a bus or to walk, then I want to do that."

According to the study, 79 percent of people also said they would support businesses that show commitment to solutions beyond cars.

This could also mean the city's plan could include financial incentives for those businesses that show commitment to solutions beyond cars.

He wants $1.8 million because his supervisor farted on him