Road improvements on Guadalupe Street might bring some confusion

Guadalupe Street's new road improvements include a bus lane that has buses going against traffic. 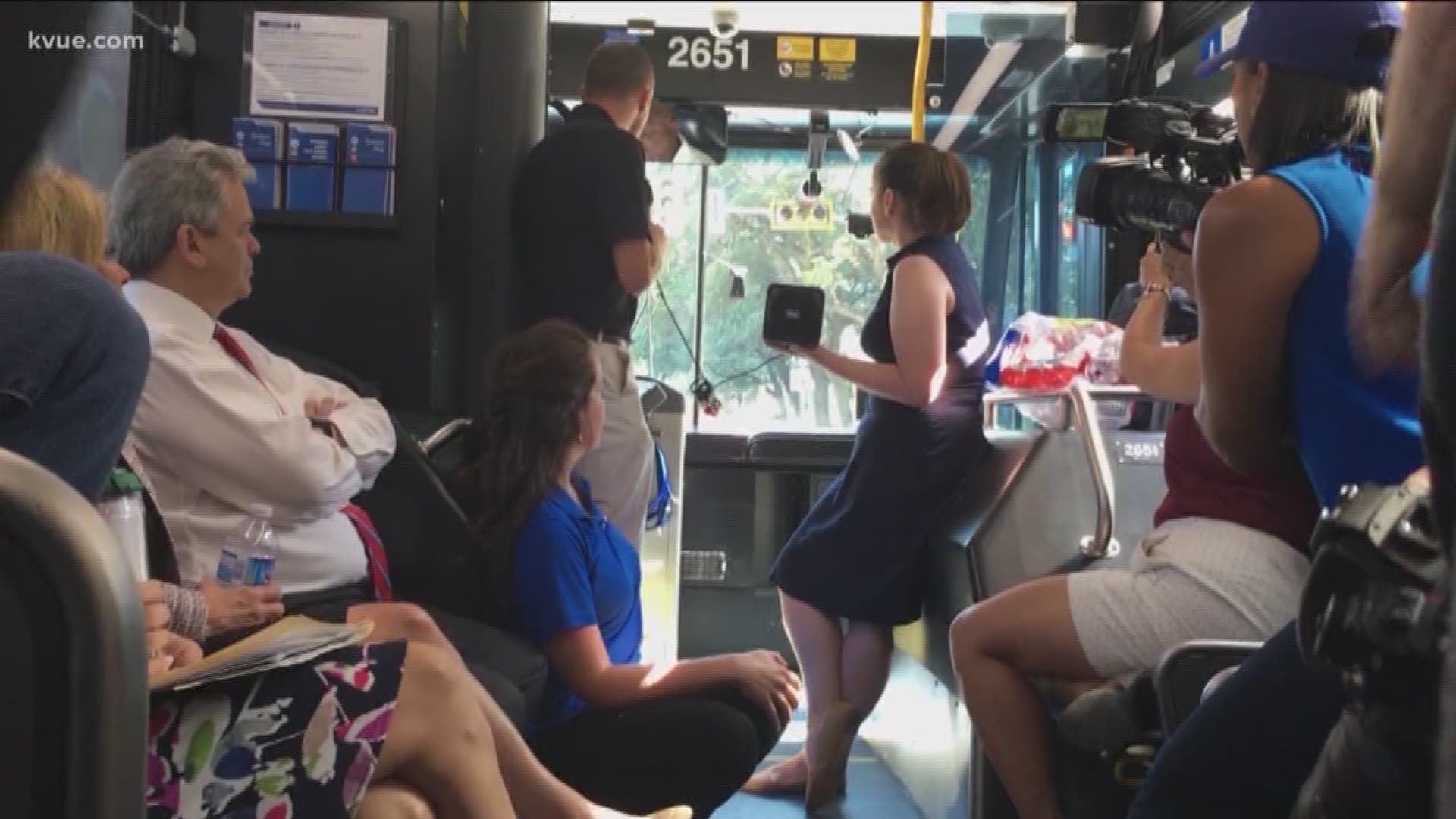 AUSTIN, Texas — Heads up, drivers: Guadalupe Street is going to look different the next time you're driving near the University of Texas campus.

The City of Austin and Capital Metro have completed a set of multi-modal improvements, including a new bus-only lane that goes northbound on Guadalupe Street between 18th Street and Martin Luther King Jr. Boulevard.

It's called a "contraflow" lane. That means the buses will be driving towards drivers on Guadalupe and, yes, they will be going the right way.

This is how the "contraflow" lane works: Buses have their own lane starting at Lavaca Street. They will have their own traffic signal to turn left onto 18th Street from Lavaca.

On 18th, they will turn right on Guadalupe, going against car traffic for a quarter mile until getting to MLK.

Seeing red: Why the bus lane on Lavaca Street is getting a makeover

To prevent people from driving in the bus-only lane, there are yellow barriers separating the lane. It is painted red and says "bus only."

Jen Golech, the director of operations for Capital Metro, said, "Lavaca and Guadalupe streets are the heaviest in terms of transit. We have about 14 bus routes that go through here every day."

With these changes, it's important for drivers to pay attention to signals and not run red lights because buses will be turning in front of them on Lavaca and 18th Street.

To get operators up to speed, CapMetro has trained its operators for a whole week before the launching date, August 18.

The goal is to improve transit reliability and relieve congestion on the Guadalupe Street corridor for people who walk, bike and use transit in this area.

A new pedestrian and cyclist sidewalk was constructed as well.

CapMetro said its riders are expected to save, on average, about two hours a year of commute time because of this new project.

Mayor Steve Adler said he is excited the City is taking innovative projects in other cities and implementing them here.

"By the 2040s, going from two million people to over four million people in the metropolitan area, if we still have over 74% of the people driving downtown, alone in their cars, then none of us are moving," " Mayor Adler said.