The report states Austin drivers spend an average of 104 hours stuck in traffic every year. 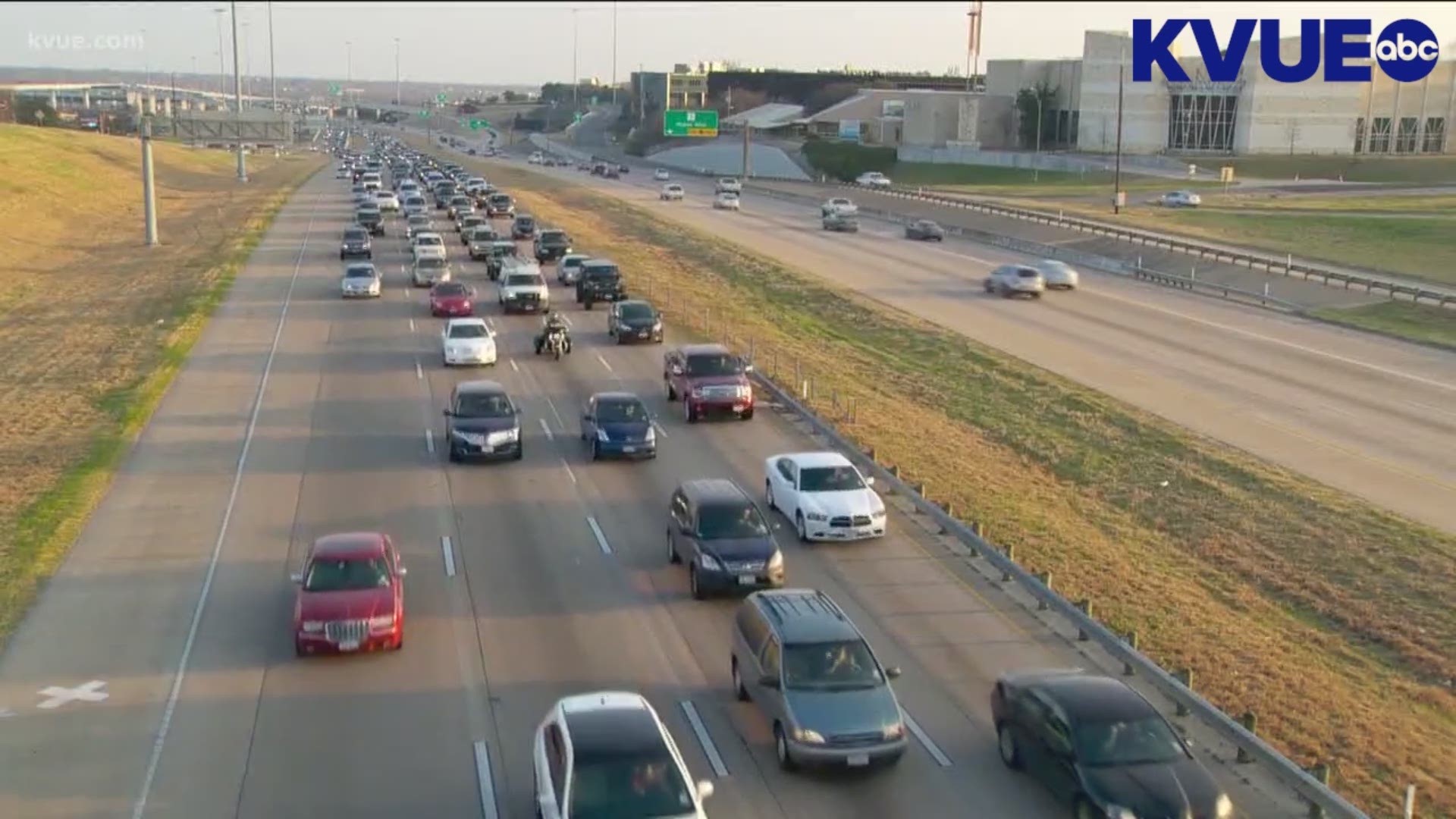 AUSTIN, Texas — Austin keeps growing and it's no surprise that there is an increase in traffic as a result.

Austin drivers spend more time sitting in traffic than any other Texas city, according to new research from INRIX, a company that specializes in car services and transportation analytics.

The report states Austin drivers spend an average of 104 hours stuck in traffic every year.

Austin ranked the 14th in the United Sates while Boston was ranked No. 1 in the report.

If you don't want to spend extra money on toll roads to beat the Austin traffic, you could also the Waze app, which tracks where the traffic is flowing more freely, so you can avoid the longest routes and times.

We spoke with a University of Texas professor who said they disagree with these statistics. Click here for their story.