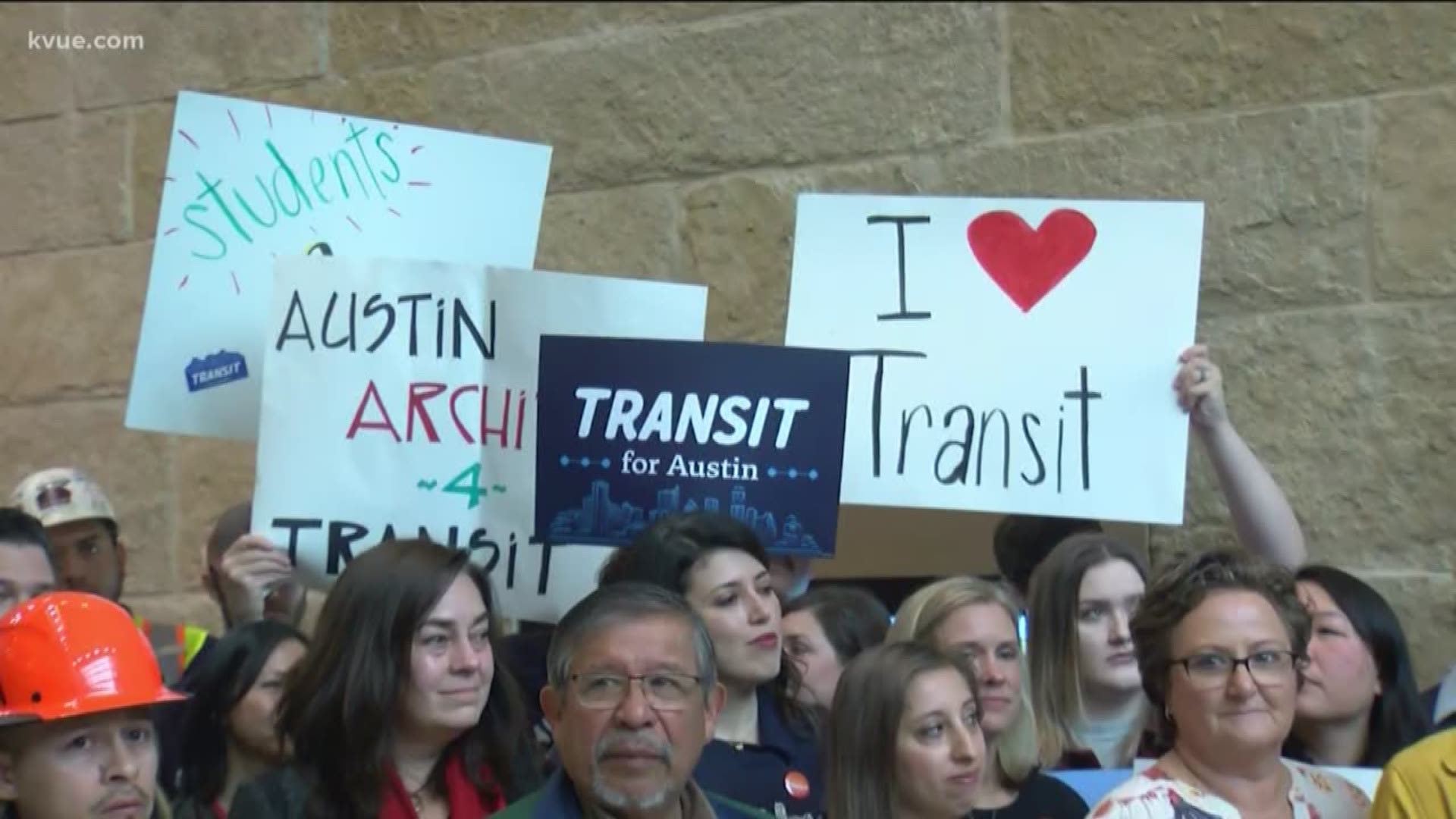 AUSTIN, Texas — Austin drivers deal with traffic on a daily basis, but a new Capital Metro plan is aimed to help mend some of those issues, and we now have a look at what the future CapMetro could look like.

CapMetro on Friday unveiled its plan for a new transit system that includes a light rail and an underground transit tunnel. This comes after the public transportation provider announced in January the Project Connect transit system.

CapMetro shared the plan with the Austin City Council on Monday.

"It also helps facilitate the service, make it go smoother, make it more reliable and allows us to carry more people that way," said Jackie Nirenberg, CapMetro community engagement manager. "What we're finding from a lot of the other agencies around the country is that they wish they had constructed a tunnel when they started constructing their system because it does facilitate quicker movement and the capacity to carry more people so we feel we need to do that from the beginning."

The project will also include new and expanded MetroExpress routes, seven new MetroRapid routes, the Gold Line Bus Rapid Transit route and 14 'Park and Rides.' Nirenberg with CapMetro said they need to act now with Austin's population projected to double by 2040.

"That's a lot more people a lot more cars and no space to put them, so we have to give people an alternative to sitting in that horrible traffic and being able to get to the work, the educational opportunities, the people they want to see, the fun things they want to do in Austin and really be able to enjoy and get the most out of this city," said Nirenberg.

These are renderings of the proposed project.

According to the transportation provider, here's a detailed look at what the plan includes:

Light Rail Transit (LRT) – These are high-capacity transit vehicles accommodating up to four times more passengers per trip. It would be operating in transit-only lanes that operate out of car traffic. Operating on the proposed Orange and Blue Lines:

“These recommendations are a bold vision for moving people today and planning for the future of our growing region,” said Randy Clark, the president and CEO of CapMetro. “Thank you to our community for the significant level of engagement in this process. Our community made it clear that they are ready for action, and this plan is the beginning of a mobility transformation that will improve the quality of life for everyone. We would not be here without our partners at the City of Austin, and we’re incredibly grateful for their partnership.”

Some people who ride the bus said this is what Austin needs.

"To have an option where it wasn’t straggled by the traffic problem we have here in Austin would be a boom," said bus rider Brooks Dozier.

"I would definitely ride it," said Harrell. "I think we need something like that because Austin is getting too big.”

You can learn more information about Project Connect on the CapMetro website.

CapMetro staff presented their plan to the city council on Monday. Supporters with Transit for Austin rallied at City Hall before the council's work session, saying the plan is a step in the right direction to improve traffic.