The project would cost $7.1 billion. 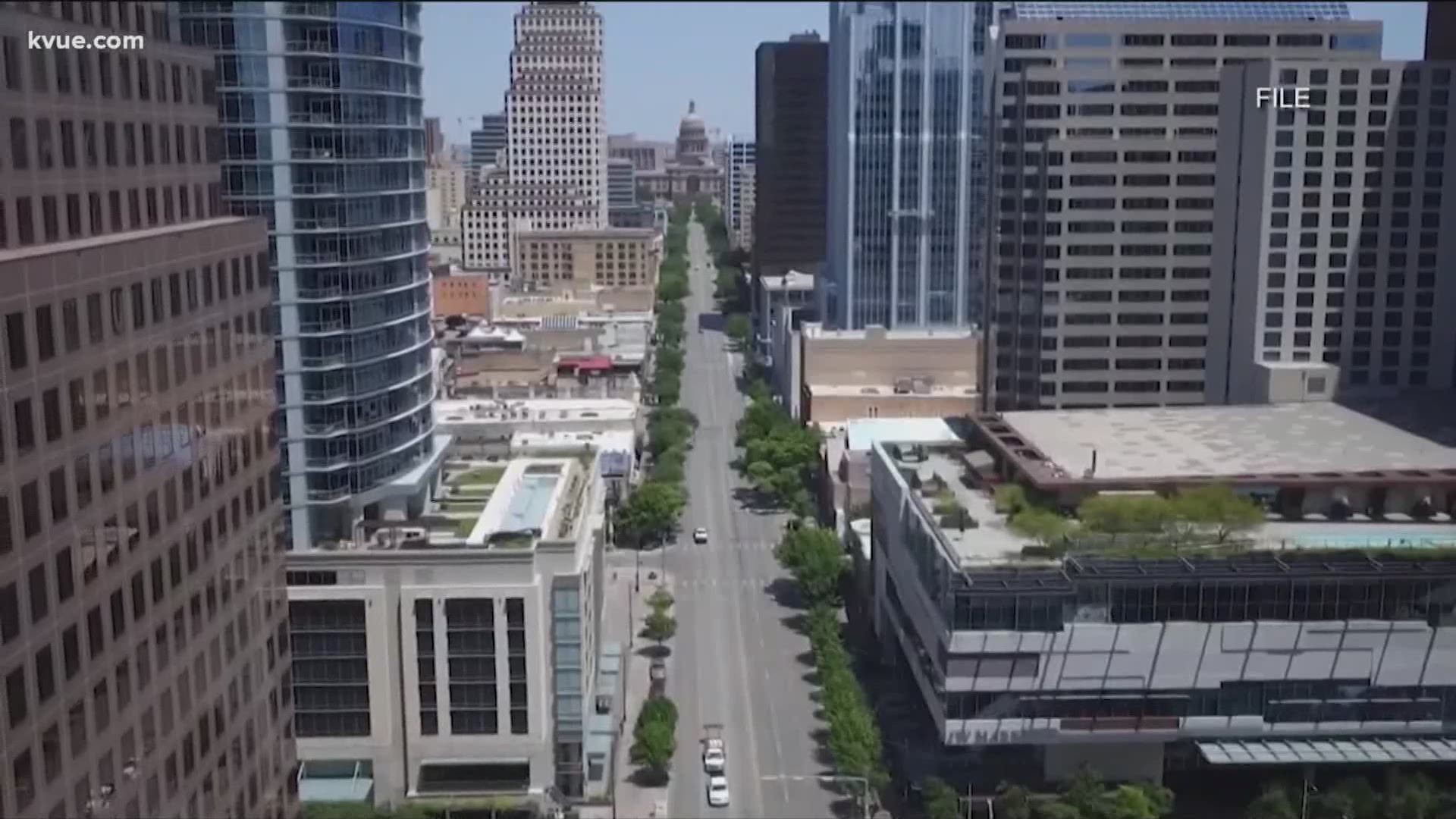 "Project Connect," a plan for upgrades such as underground trains and light rails, will be up to the voters in November, after an Austin City Council vote on Thursday.

The CEO of Capital Metro, Randy Clarke, joined KVUE Daybreak to talk about the vision for the project.

"It's a transformational transit plan, something this community's been talking about for 20 years," Clarke said. "It involves multiple new rail lines, bus rapid transit lines throughout the city, more express bus park and rides. Really a better way, more choices, for people to get around a really fast-growing community. [It will] help us deal with traffic, environmental concerns and really better connect people to opportunities throughout our whole community."

If Austin City Council agreed to put the plan before voters in November, Clarke said the city would be "off in earnest and there's projects to be delivered over the next decade ... to bring again rail, bus, rapid projects all over the city."

CapMetro's CEO plans to form an independent implementation board, Austin Transit Partnership, to ensure that the projects are done quickly and efficiently.

"The purpose is really it's a design and construction board. So long term, some of the projects to come back into CapMetro to run from an operations maintenance integrated transit system," the CEO said. "But there isn't really an independent board that could focus on design project delivery. It's fast, efficient, the best way to reduce some government bureaucracy, if you will, and really get these projects on the ground for the community. They're very focused on transparency and using taxpayers' dollars effectively for our community."

RELATED: $7.1B 'Project Connect' transit plan set to be finalized next week

On Friday, the council unanimously approved a commitment to voters for how tax dollars for the project will be used. The resolution directs money that could be collected from the Project Connect Tax Revenue to be used to fund a citywide transit plan.

During the City of Austin budget adoption process, the council adopted an 8.75-cent tax rate as part of the budget and ordered the transit proposal to go to the ballot. Austin voters will then get the final say.

About 45% of the multi-billion dollar price tag of the project relies on federal grants, but that's not a guarantee. The taxpayer would then pick up the rest. Many taxpayers are wondering how much this project would cost them.

"I think that's what's really important is the blended model, and that's what's so amazing about the Austin Transit Partnership concept. Capital Metro's capital expansion fund goes into that," Clarke said. "The city is moving forward seemingly today on what's called a tax rate election. So a little touch for people, about 4%, on a property tax that will go long term and the city's contribution. And then we'll go get the federal funding."

Clarke said the City will also look to get funding from private developer partners.

In 2014, voters rejected a plan for a rail line. Why does Capital Metro believe voters will approve a much bigger plan?

"So I wasn't here in 2014, but I will say to me, this community is just craving action on dealing with some of our larger issues. We know there's historic inequities in our community and infrastructure," he said. "Like [Interstate 35], as an example, created gaps that have divided our community in many ways. Transit connects communities almost like nothing else does ... People know air quality and climate change are serious topics, and everyone knows transit is an enormous benefit to our environment. Traffic is notorious in Austin and yeah, we've had a little respite here with the pandemic, but it's coming back, and it's coming back fast."

By 2040, Austin's population is expected to double. The statistic is the catalyst for Boomtown 2040, a project KVUE started to highlight Austin's growing pains.

"So I think we're just you know, the community has grown and knows it's gonna continue to grow," Clarke said. "People are looking for us to have solutions. It's been a 20-year discussion here. We now have a community-driven, data-driven plan. Over 60,000 people were engaged for this plan. I just feel thankful for how many people in this community have put input into this. And I think that's why it's overwhelmingly supported throughout the community."

So, what happens if this project doesn't get approved?

"I think our city has to acknowledge that a lack of action is a decision," the CEO said. "In 2000, there was a decision made. And that has caused, you know, some of the issues that we're dealing with today and things have to get even more expensive in the future to try to deal with these problems."

Austin City Council members are set to vote on whether to put the project on the ballot at a 1 p.m. meeting Friday, Aug. 7. If it passes, the project will go to voters on Nov. 3.

"And then from there, we're looking forward to building projects to help our commute," Clarke said.