The crash happened near Airport Boulevard. 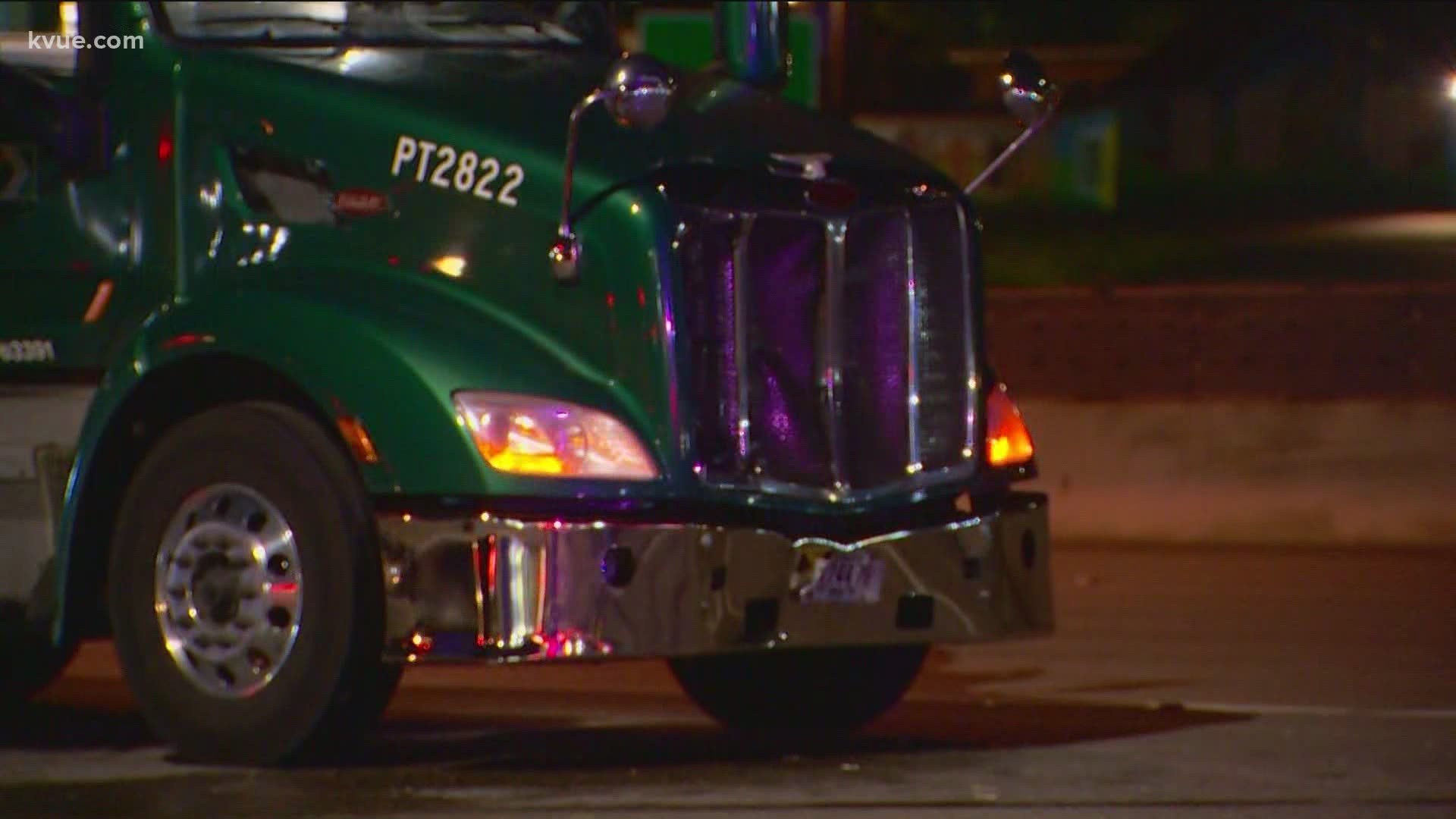 AUSTIN, Texas — All northbound lanes of Interstate 35 have reopened Wednesday morning after a person was hit by an 18-wheeler on the highway.

Just before 3:30 a.m. near Airport Boulevard in Central Austin, a car hit a pedestrian along the interstate. According to the Austin Police Department, the person who was hit was trying to cross the highway at the time of the crash. The identity of the person who died has not been released yet.

The driver who hit the person is cooperating with police.

If you need to take I-35 Wednesday morning, expect heavy delays. By 6 a.m., traffic was backed up all the way south of U.S. 290. The northbound lanes reopened at around 6:30 a.m., but drivers can expect residual traffic for some time.