I-10 reopens at Atchafalaya Basin Bridge after deadly crash 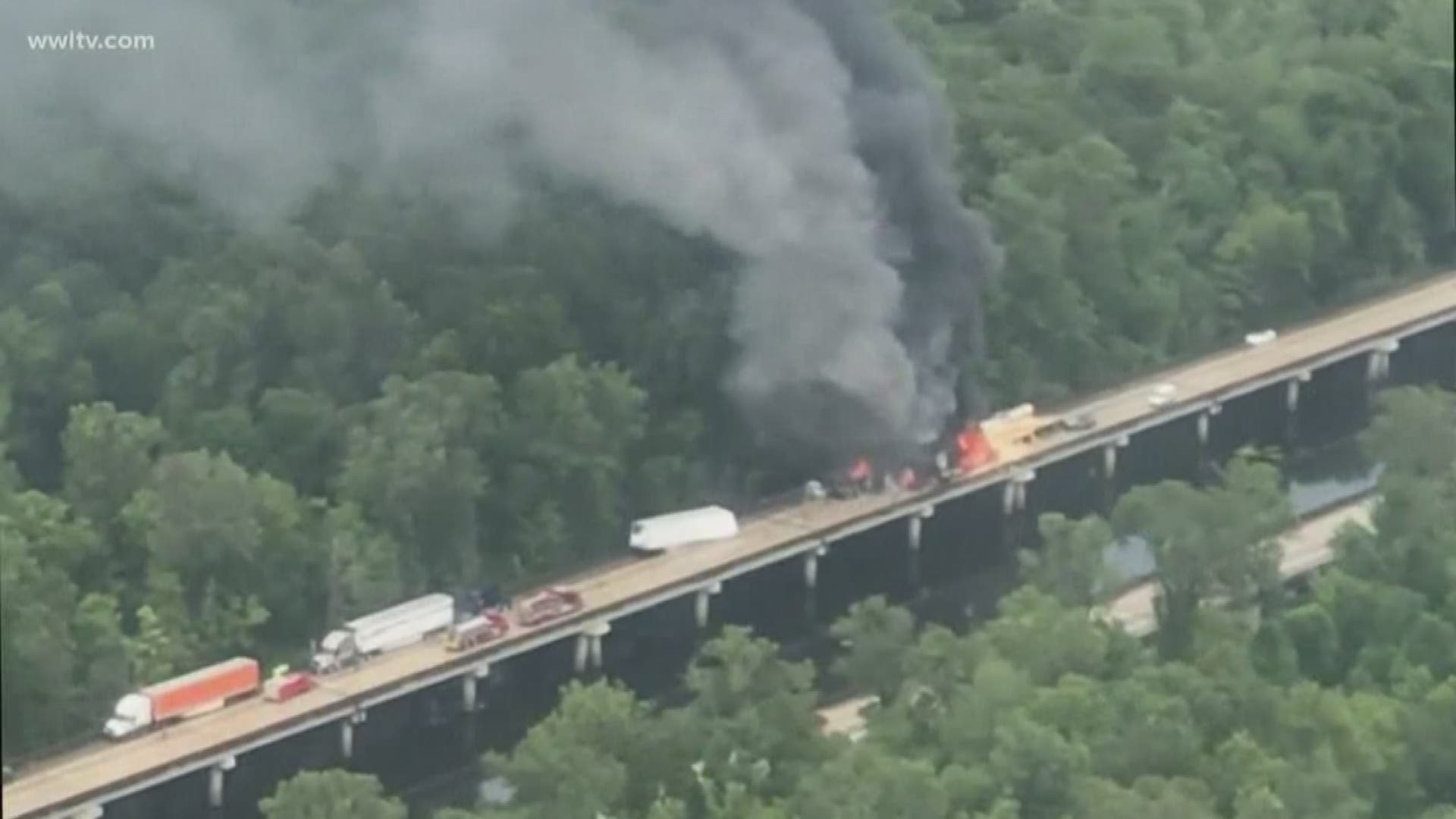 The transportation department conducted a safety inspection of the bridge once the wreckage was removed. Inspectors found no damage under the bridge and declared it structurally sound and safe for drivers to travel. Officials, however, say some minor repairs are needed.

One person was killed in the crash and five others were injured. 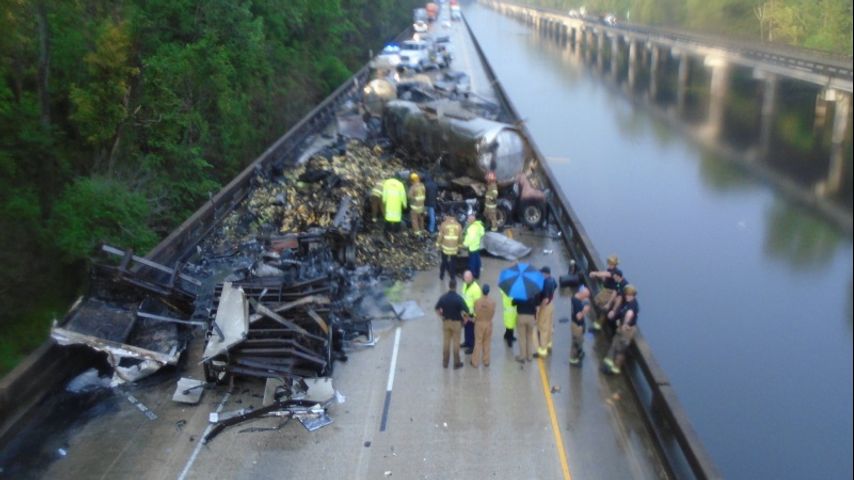 DOTD: Basin Bridge inspection could happen as early as Wednesday morning
BUTTE LA ROSE - Authorities found the burned remains of a person after extinguishing an hours-long fire that erupted when 18-wheelers and one car crashed on the I-10 Basin Bridge Monday. The crash was on I-10 West just after the Whiskey Bay exit.