It's Get on Board day and riders may see some familiar faces on their morning commute. This is part of a bigger push to address Austin’s traffic problem. 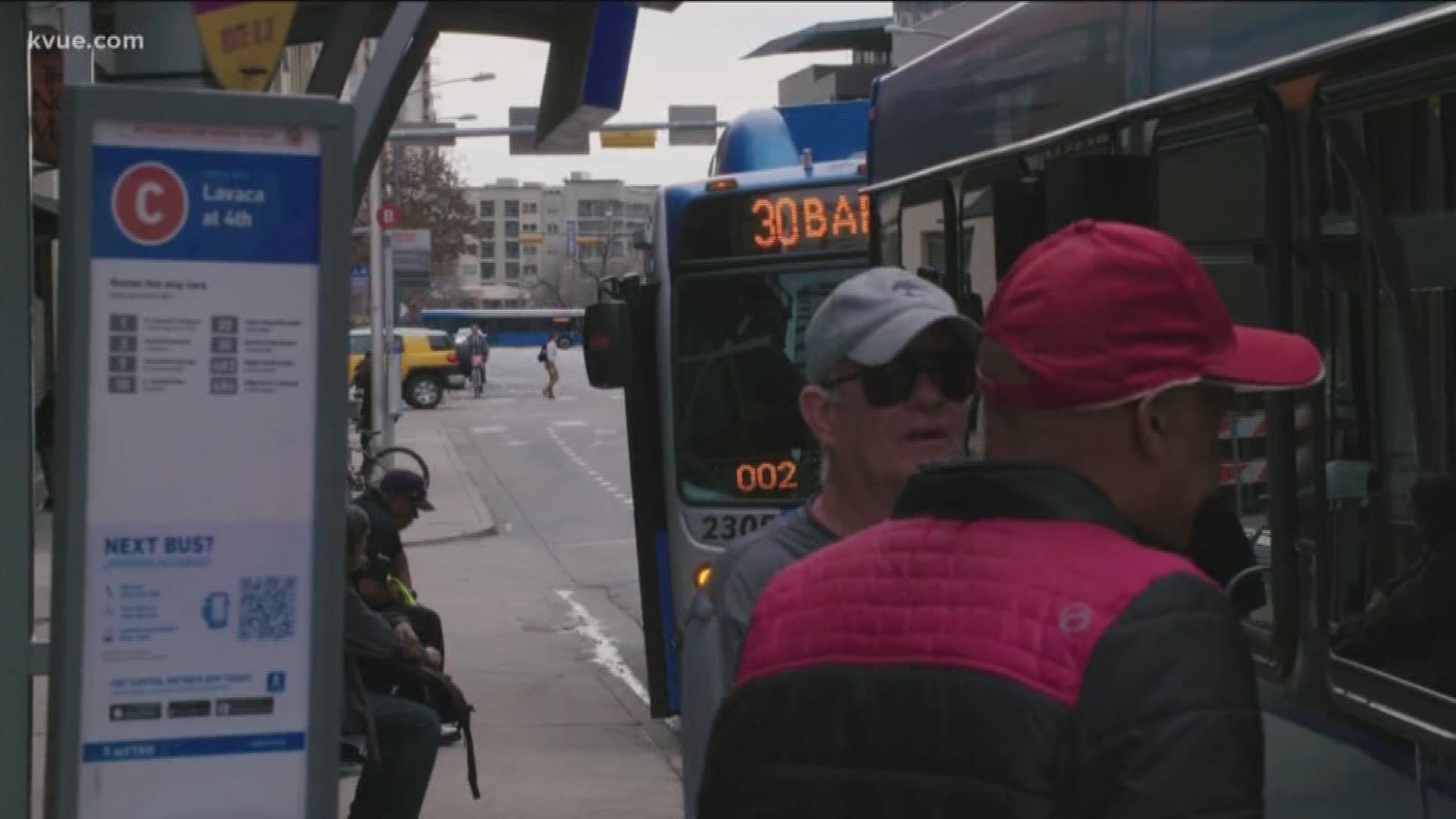 AUSTIN, Texas — The Austin mayor and Capitol Metro CEO took a ride on a bus around town Thursday morning.

This was part of a bigger initiative called "Get on Board." The goal is to get people out of cars and get them to give public transportation a try.

Clarke said the average Central Texan spends almost $1,000 a month to have a car. A monthly bus pass is just $41. Mayor Adler said in Austin, 74% of commuters are alone in their cars and that's too many people driving.

“As we double our population over the next 20 to 25 years, we go from two million people to four million people in the metropolitan area,” said Mayor Adler. “If we don't get people out of their cars alone, none of us are going to be moving."

There are more than 200 transit agencies across the country participating. With Austin being the fastest growing city in the country, Clarke said the city needs more people on public transit to manage it.

“It's really to encourage the public to say 'hey, there is this great system out there let’s go explore it,'” said Clarke. “Generally speaking, around the country when people try transit they get hooked on transit and they realize how easy it is to use and how it positively impacts there life commute and their family,” said Clarke.