The new $2-per-hour citywide parking meter base rate will apply to all City of Austin metered, on-street parking spaces. 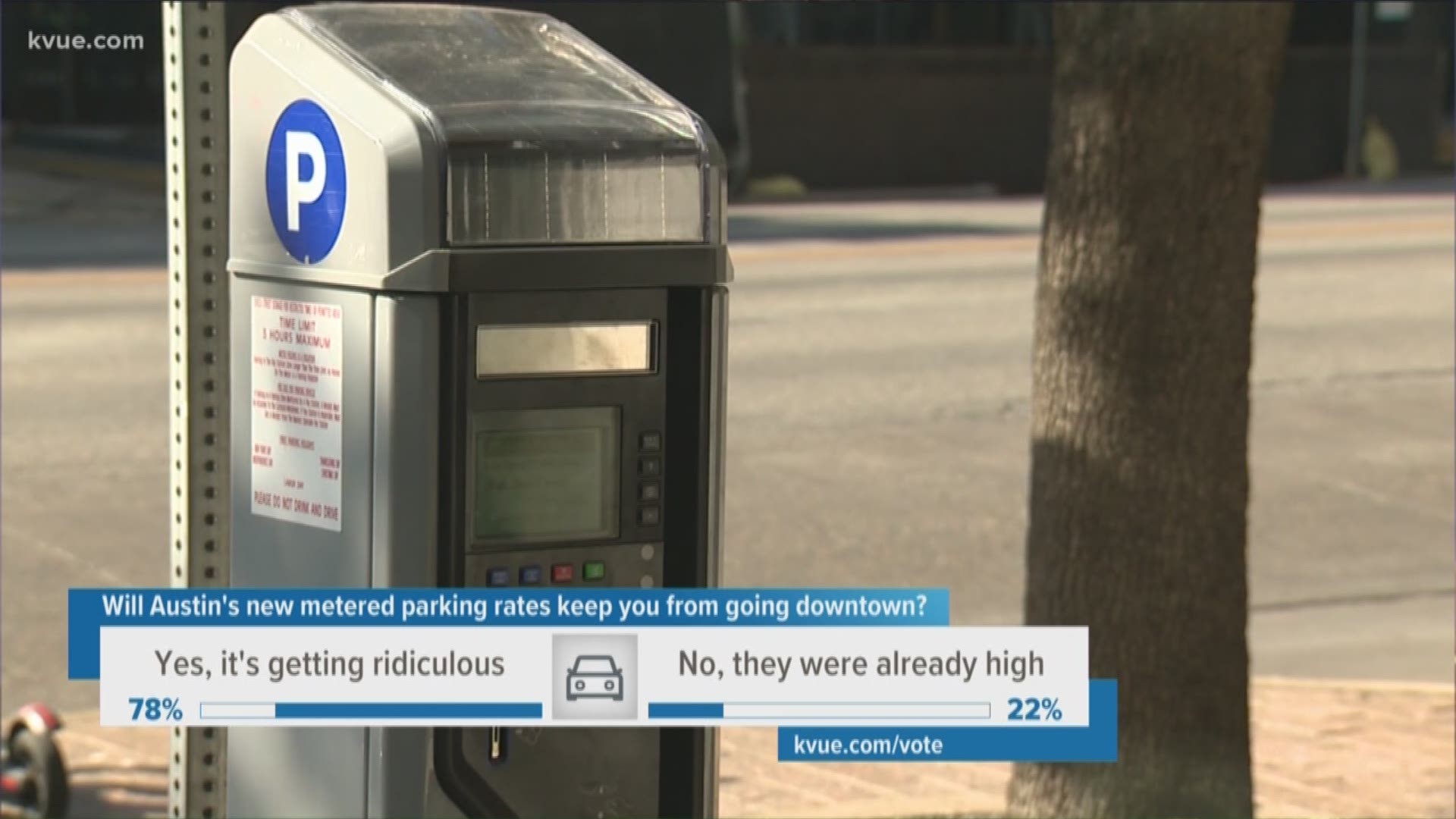 AUSTIN, Texas — The City of Austin announced Monday that on Oct. 14 that Austin Transportation will implement the $2-per-hour citywide parking meter base rate City Council approved in the Fiscal Year 2019-20 Budget.

The new base rate will apply to all City of Austin metered, on-street parking spaces.

According to the City, the street parking system is designed to promote space turnover, which provides convenient short-term access to places of interest.

This will be a price hike from the current rates of $1.20 per hour in the downtown core and $1 per hour outside of it. Because of the current rates, Austin Transportation staff have routinely observed drivers exceeding parking time restrictions, the City said.

"The rates do not match the level of demand or patterns of behavior," the report states. "On-street prices are lower than off-street prices. There is a direct incentive for drivers to circle and hunt for the best deal."

The City said national best practices indicate that one to two parking spaces should be available at any time on any given block. The availability of such spaces would minimize the time that drivers spend circling in traffic in search of a nearby parking space, the City stated.

Casey Burack, general counsel and vice president of government affairs for the Downtown Austin Alliance, told KVUE the recent parking strategy found that a third of the congestion downtown is people circling the area to find street parking.

"If it gets to a certain price, some people will go to off-street [parking garages and surface parking lots] 'cause it's easier. Or some people will decide to ride their bike or they'll take the bus downtown, so you'll create some space," Burack said.

Parking usage is monitored quarterly, so Austin Transportation "may make incremental pricing adjustments to ensure that this goal is met," according to City officials.

Those changes can only occur every three months, Burack said.

As an alternative to on-street parking, Austin Transportation launched its Affordable Parking Program in 2016 to make downtown off-street parking more accessible for people who work or regularly park downtown in the evenings, including service industry workers. This program has approximately 400 users, reducing evening demand for on-street parking by directing people to off-street spaces that would otherwise often be unused, according to the city. There are spaces available in this program at rates that vary from $30 to $65 per month.

WATCH: Fees for trash pickup in Austin going up