‘Born in Lake Charles, former resident of Bee Cave. Where am I now?’ | Boat stuck on SH 71 has its own Twitter account

The “Spare Room” boat has been taking the sea-nic route down SH 71 for over a week. 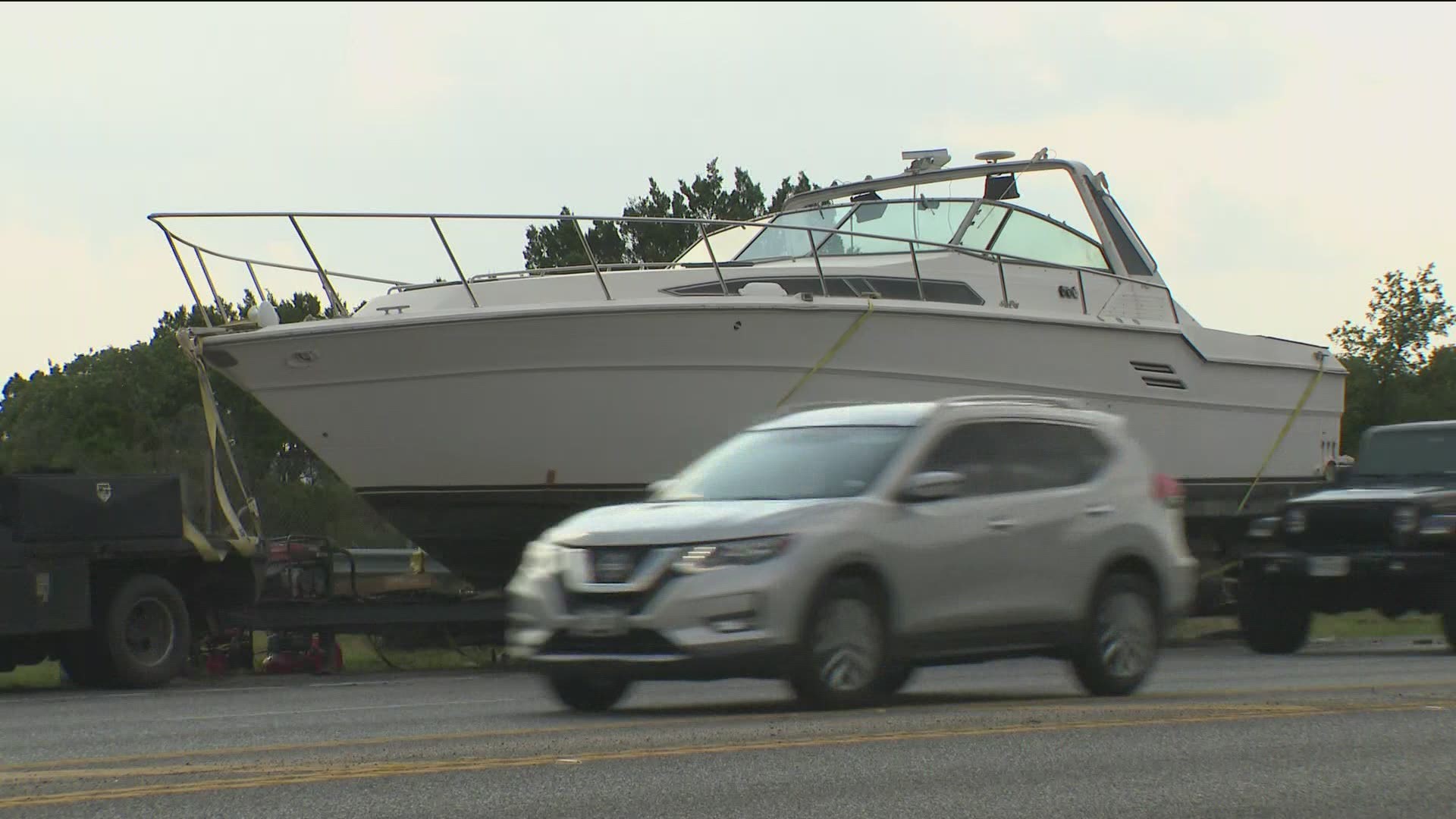 But now we also have Bee Cave Boat, an account dedicated to the “Spare Room” boat that’s been stuck on dry land, or State Highway 71, for over a week. Its first tweet? Responding to a truck attempting to move the boat.

The boat’s journey down the highway certainly hasn’t been smooth sailing. The Spare Room has been shipwrecked on SH 71 since July 11. It started in Bee Cave but it's now outside the city limits.

Wish these fellas some luck will you? They’re doing God’s work! pic.twitter.com/JQadwOf2TM

Its owner, Michael Nemer, said the comments on social media make him laugh.

"One of the people said it looks like that trailer is a little too small for that thing, and someone commented, 'Well, it looks like it has a spare room to me,'" Nemer said.

The account invites followers to learn more about the over 40,000-pound boat. Its bio says it was born in Lake Charles and is a former resident of Bee Cave. The boat’s favorite genre of music is yacht rock.

On Monday, “Spare Room” wished everyone a good morning: “I hope you will get out and enjoy this beautiful day. Me? I think I’ll just sit here.”

It even called out KVUE’s Ashley Goudeau after the 5 p.m. newscast Tuesday saying, “I have a name. And a Twitter account.”

Nemer told KVUE Tuesday that he hoped the trailer carrying the boat would be fixed by Wednesday morning. And on Wednesday, Bee Cave Boat tweeted “Here’s to hoping that today I can get home for some much needed R&R. Wish me luck!”