The group is particularly interested in a rapid transit system much like Capital Metro's "Project Connect" plan. 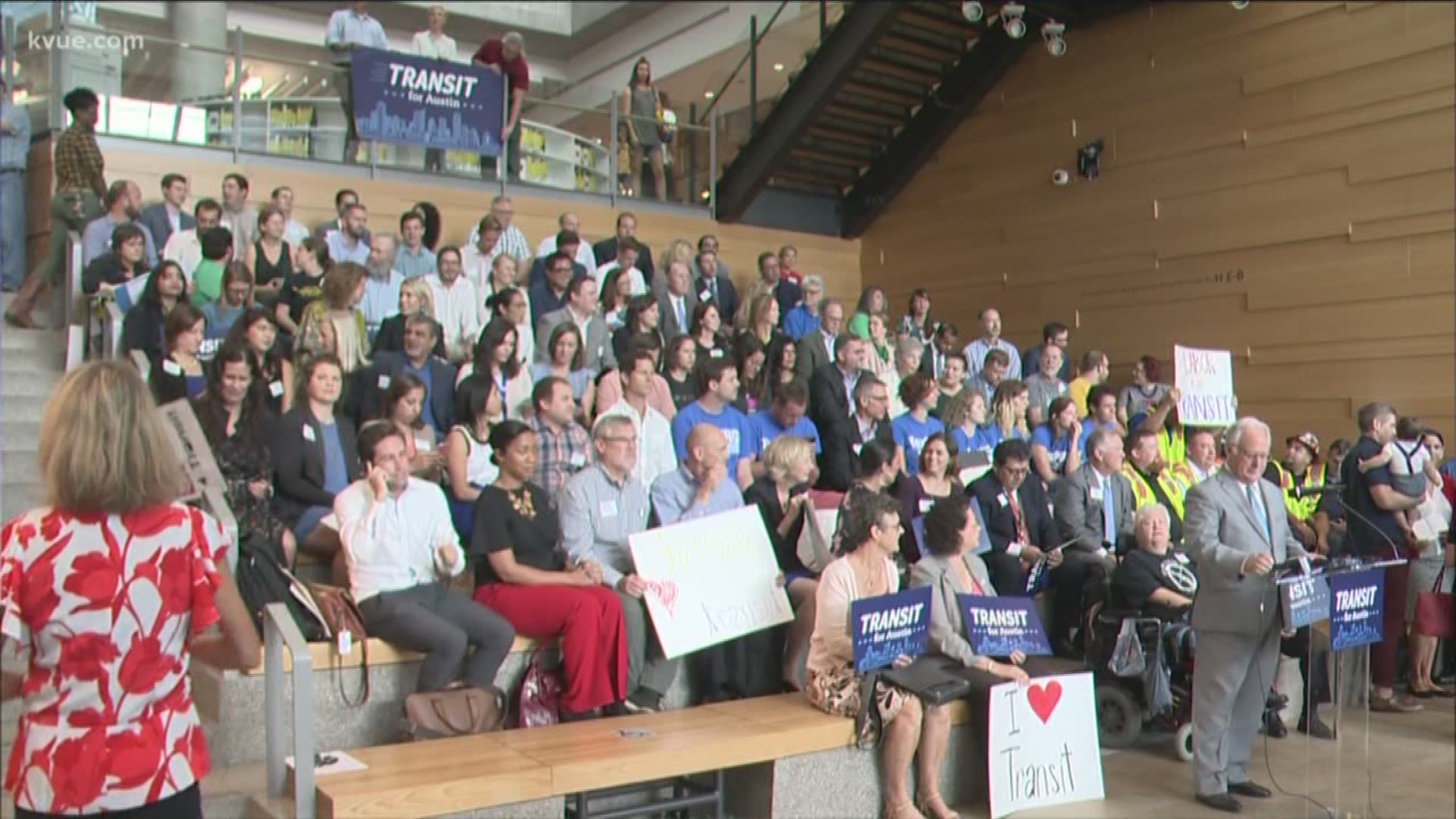 AUSTIN, Texas — State Sen. Kirk Watson joined others at a press conference Monday morning to call for a "bold investment in public transit" in order to ease traffic in the Austin area.

A non-profit called Transit for Austin (TFA) met at the Austin Central Library Sept. 30 "ready to change the future," the group said. TFA is comprised of more than 50 organizations including AARP Texas, Environment Texas, Dell Technologies and Austin Community College.

The group is particularly interested in a rapid transit system much like Capital Metro's "Project Connect" plan. The Project Connect plan intends to improve transportation into, out of and within Central Austin to help serve the city's growing population.

Sen. Watson stressed that Austin's population isn't slowing down, and that road construction isn't keeping up.

"Austin is expected to double in size by 2040, but our roads are expected to grow by only 15 percent,” Watson said. “We’re a big city. We’ll be a bigger city. We need a big-city transit system that will give people real options to get out of their cars and onto public transportation. We need to think big, be bold, and act now."

Watson is calling on the public to get involved in the conversation in order to find solutions for Austin's traffic problem.

“Please get familiar with the issues,” Watson said. “We want to educate and engage, and be a resource and a sounding board. It’s too late to do nothing.”