Austin traffic is nearly back to pre-pandemic levels

The Austin Transportation Department expects Austin traffic to be fully back to normal by fall or sooner. 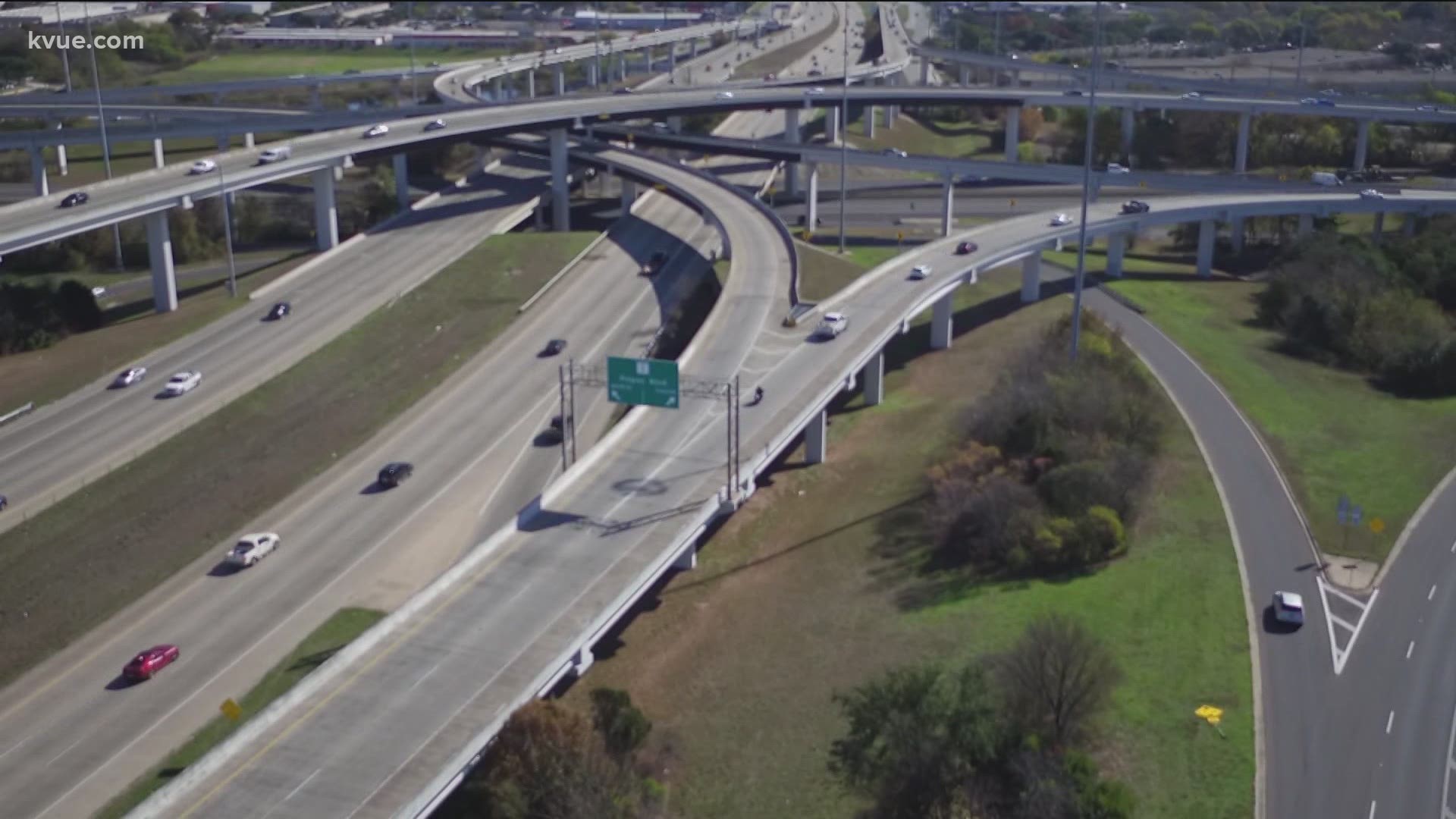 AUSTIN, Texas — If you’ve enjoyed faster travel times over the last year in the Capital City, it is likely time to say goodbye and start planning for a longer commute.

The Austin Transportation Department monitors traffic volume at major intersections across the city. In May, overall traffic volumes are down by about an average of 9.5%, compared to the first week of February 2020, before the pandemic hit.

The department is always working to catch up with Austin’s explosive growth, while trying to get ahead of what’s expected to come to the area.

“The need for catching Austin up is great and will require continued hard work for years to come,” said Jen Duthie, managing engineer for the Austin Transportation Department’s Arterial Management Division.

After that, traffic volumes went up slightly.

ATD expects traffic to be fully back by fall or sooner.

“While traffic is coming back, it's a lot more spread out,” Duthie said.

Hey #Austin: Traffic is slowly roaring back to life but it's still not back to pre-pandemic levels. So just how much worse could it get? That's what we're talking about with @austinmobility & @TTITAMU this @KVUE #DaybreakATX. How long is your daily commute?

Since cars are coming to intersections at different times of the day, the City adjusted 85% of signal timings, which can impact how long you sit in traffic. When traffic returns to normal, timings could change again.

“We are hopeful that some of these trends of people who are able to work remotely are able to continue to do so even on a part time basis to help minimize the traffic levels,” Duthie said.

While there’s still uncertainty about what post-pandemic work life could look like, there are some trends experts are starting to predict.

“The big change will probably be that we will not return to the same patterns that we had and the patterns will be variable. It might not be that every Tuesday looks like every other Tuesday,” said Robert Wunderlich, director of the Center for Transportation Safety at the Texas A&M Transportation Institute.

Even though traffic improved across the state during the pandemic, traffic fatalities did not.

“One of the biggest surprises and maybe even disappointments about the reduction in the amount of travel is that our fatalities did not go down across the state and that the risk of having a fatal crash actually went up,” Wunderlich said.

A recent report from the Governor’s Highway Safety Association found that pedestrian deaths in the Lone Star State increased 9% in 2020.

“The likely culprits are dangerous driving like speeding, drunk and drugged driving, and distraction, which were rampant on U.S. roads during the COVID-19 pandemic,” the report said.

In Austin, 92 people died in traffic crashes in 2020, up four from the year before. With fewer cars on the roads, people were able to drive faster.

While it may be too soon to tell how much better or worse traffic could get, based on continued growth in the city and changing work patterns, one other outcome of fewer cars on Austin roads over the last year meant that safety and mobility projects were delivered faster.

“Our crews have been busier than ever,” Duthie said, “which ultimately will be ... a good thing."