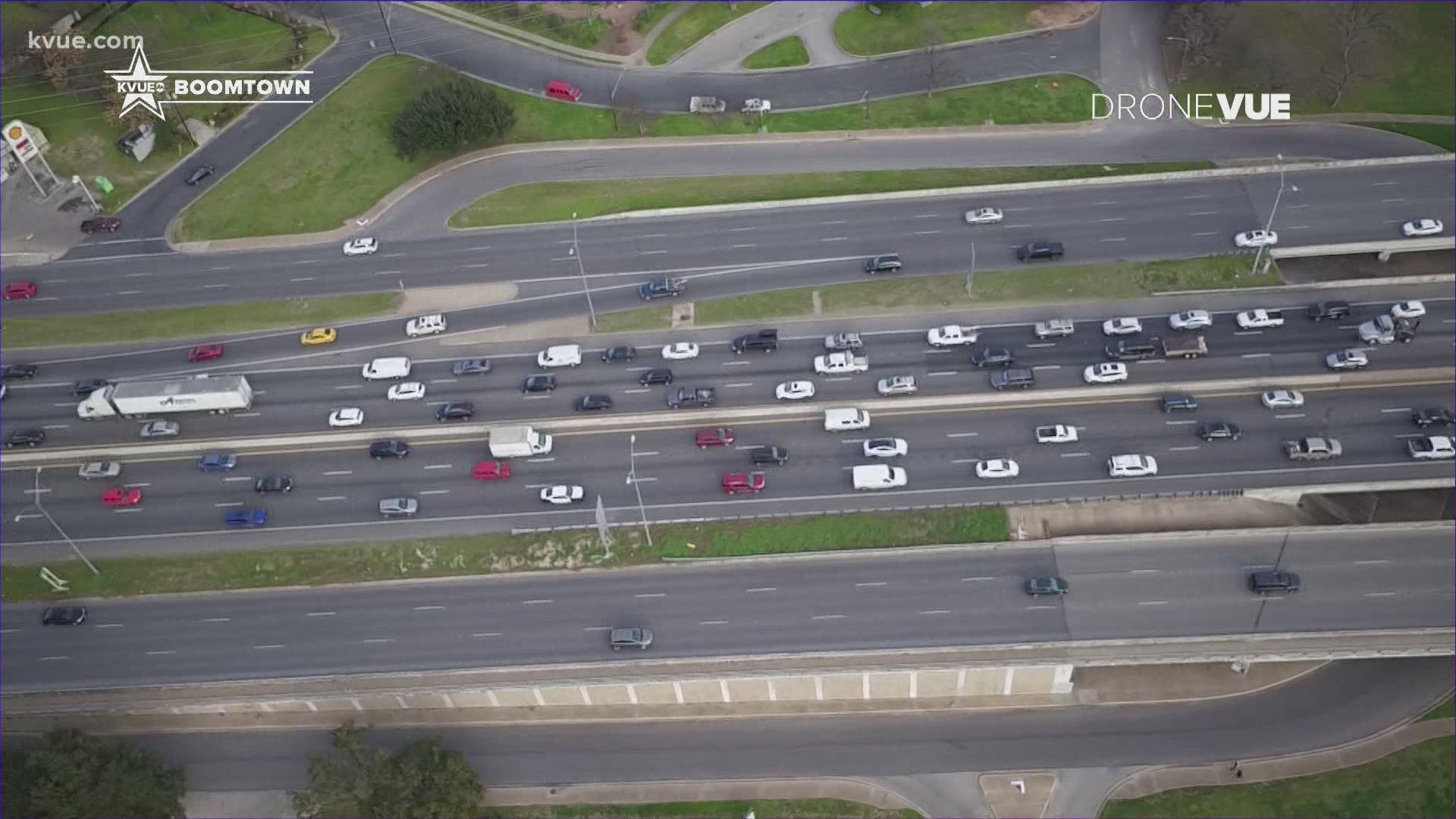 AUSTIN, Texas — The American Transportation Research Institute (ATRI) has released its 2021 list of the nation's top bottleneck roadways, ranking Austin's Interstate 35 No. 15 among 100.

For nearly 20 years, the institute has used GPS data from trucks in support of many U.S. Department of Transportation freight mobility initiatives. Using the data from more than 1 million freight trucks, ATRI has developed and monitored key performance measures across the nation's freight transportation system.

As a part of its analyses, ATRI converts truck GPS information into an ongoing truck bottleneck analysis that is used to quantify the impact traffic congestion has on truck-borne freight at more than 300 specific locations across the U.S.

"Measuring the performance of freight movement across our nation’s highways is critical to understanding where and at what level investment should be made," the ATRI website states. "The information provided through this effort empowers decision-making in both the private and public sectors by helping stakeholders better understand the severity of congestion and mobility constraints on the U.S. highway transportation system. This is of particular importance as the nation weighs the needs and resources available for transportation funding."

Austin wasn't the only Texas city on the list: Dallas and Houston were also featured. Here's a look at the top 15 rankings:

Unsurprisingly, this isn't the first time Austin's I-35 has ranked high on a list criticizing traffic congestion. Just last year, a report by Texas A&M University ranked the stretch of highway through Downtown Austin as the most congested roadway in Texas.