TxDOT kicks off public comment period for I-35 overhaul

A $4.9 billion plan to change I-35 through Central Austin will take years but TxDOT has the first concepts ready for the public to weigh in. 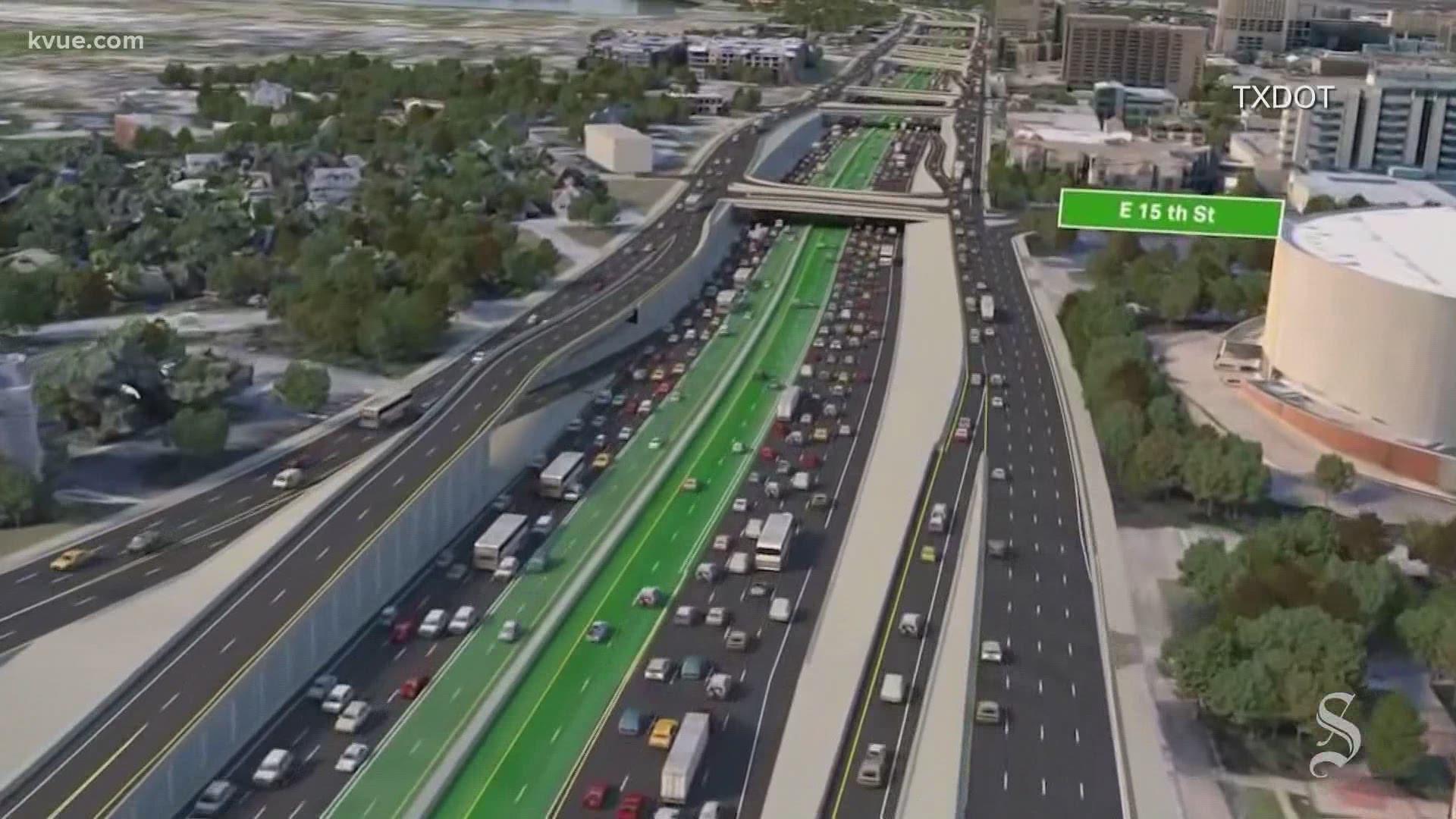 AUSTIN, Texas — If you’re someone who likes to complain about Interstate 35, now is your chance to make those complaints loud and clear and help shape the interstate’s future in Central Texas.

The Texas Department of Transportation is launching a month-long public comment period on concepts for a $4.9 billion overhaul of I-35.

“This is an expensive project and we want to get it right,” said Diann Hodges, spokesperson for TxDOT. “It's really important to hear from the community right now as we as we work to design the best project for Austin.”

Under the new concepts unveiled Thursday, TxDOT is proposing removing the upper decks of I-35 and lowering the lanes of travel through downtown. All three concepts also call for creating managed lanes and reconstructing the bridge over Lady Bird Lake.

RELATED: Texas Transportation Commission votes to approve $3.4 billion in funding for I-35 reconstruction

The project would add two managed lanes in each direction. For the managed lanes, TxDOT is proposing making those carpool or HOV – high occupancy vehicle – lanes. They could also be for transit, Hodges said.

One of the concepts proposes tunneling the managed lanes. All the proposals keep the frontage roads at surface level.

“It’s not like we can expand in great length on either side of I-35,” Hodges said. “We have to look at the footprint that we have there and how do we add capacity, which is need - much needed - through downtown Austin while impacting the right of way the least. And the way you do that is to go down.”

Each proposal also includes adding a shared-use path along the freeway, Hodges said.

RELATED: As I-35 is expanded in Austin, where will all the traffic go?

The public comment period will be virtual through Dec. 12. You can weigh in here. The event starts at 5 p.m.

Early next year, TxDOT plans to come back with updates to the proposals based on the first round of public input.

Environmental approvals and a schematic design would not be complete until 2023 and construction would not start until late 2025.

“It’s going to be 50 years before we probably do anything like this again,” Hodges said. “If you want to have your say in the mark that we're making on central Texas and in Austin, now's the time to pay attention to the presentation and let us know what you think.”