At the start of June, Austin City Council members unanimously approved the reduction of speed limits on nearly every major street in town. 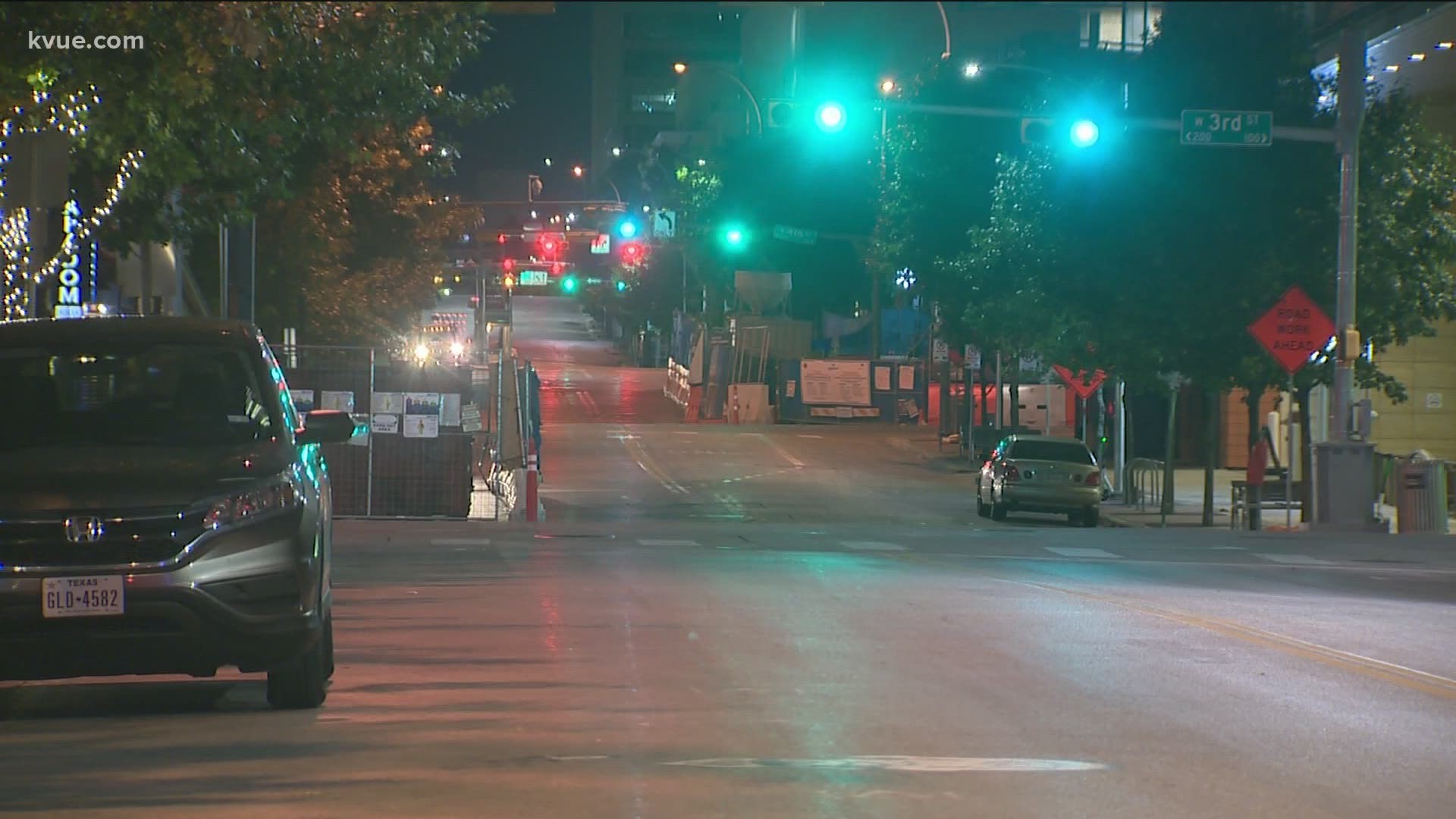 AUSTIN, Texas — The streets of Downtown Austin will likely be the first of many across the city to see reduced speed limits, according to the Austin Transportation Department.

At the start of June, Austin City Council members unanimously approved the reduction of speed limits on nearly every major street in town. Eric Bollich, assistant director of the Austin Transportation Department, told KVUE the changes will likely come to the downtown area first, and there's a reason for that. It’s where you see a lot of pedestrians and cyclists.

“[Drivers] going, for example, over 35 miles an hour, and that's kind of the breaking point particularly if you're in a crash, if you're a cyclist or pedestrian,” said Bollich. “That's kind of the speed at which you might not survive.”

TxDOT installing barriers on I-35 to prevent pedestrian deaths

Between Cesar Chavez, Lamar Boulevard, Martin Luther King Jr. Boulevard and Interstate Highway 35, defined as the downtown network, most speed limits will be reduced from 30 to 25 miles per hour. Bollich said speed is one of the major contributing factors when it comes serious injuries and traffic deaths in that area.

“Particularly in downtown, there's much more of a greater mix with pedestrians and cyclists and other modes of transportation,” said Bollich. “It does make sense to lower speeds to what's appropriate in that type of context downtown.”

These changes are a part of the City's plan to bring the number of traffic deaths and serious injuries on Austin streets to zero. Bollich said you can expect to see new speed limit signs installed downtown by the end of July. You can see the speed limit changes across town here.