The pandemic has caused a decrease in traffic volume, but there’s a 15% spike in traffic fatalities that traffic engineers are concerned about. 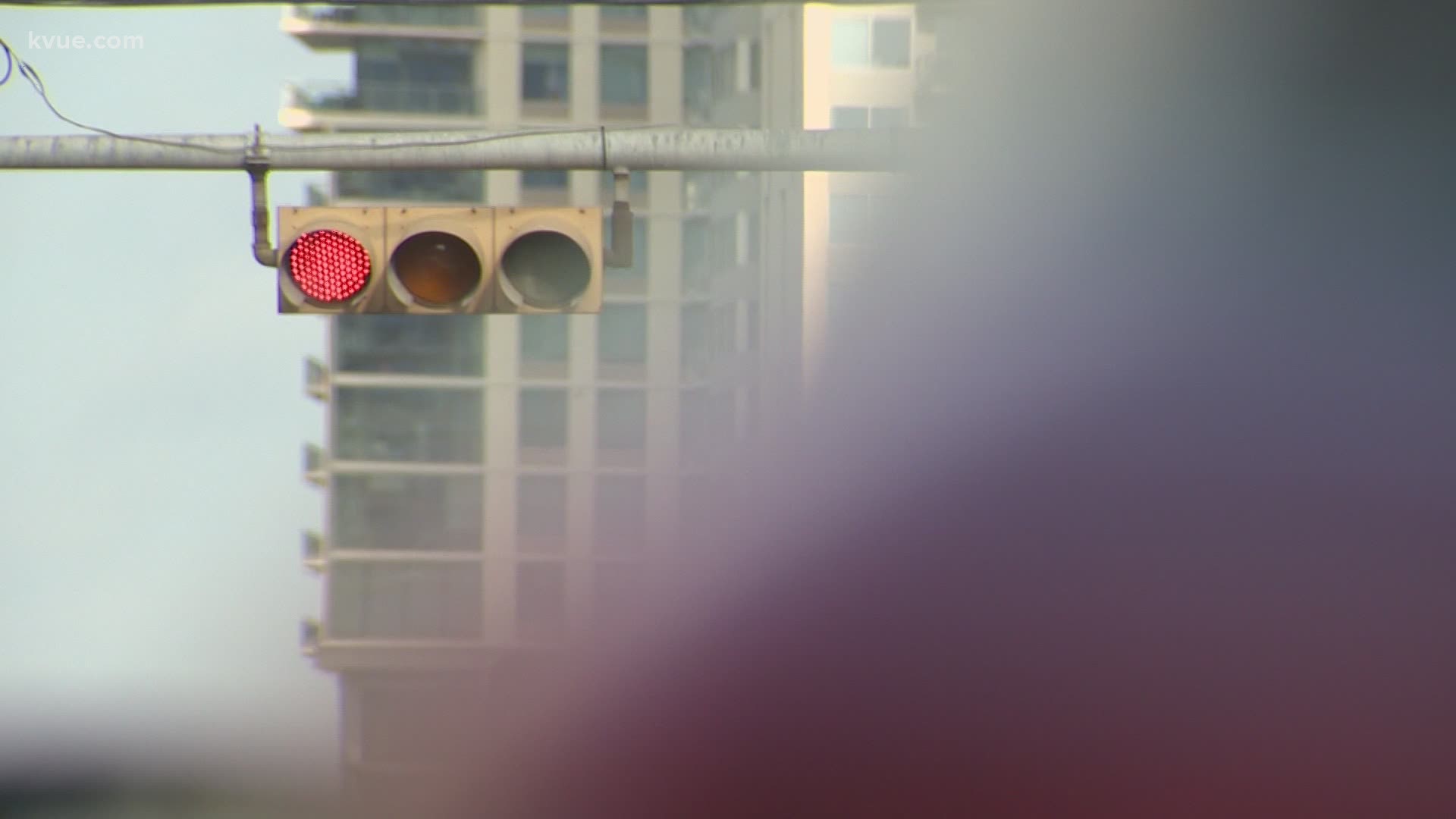 AUSTIN, Texas — As people continue working at home and changing their habits, there are fewer cars on Austin-area roads. But more people are dying from traffic fatalities in the city this year.

The Austin Transportation Department reports a 25% drop in traffic volume. For drivers, that means less time stopped waiting at lights. But for the city, it means a major effort to get drivers to slow down as traffic deaths rise.

Because of the drop in traffic volume, traffic engineers have re-timed more than 800 signals across the city and updated 50 intersections to make crossing the street easier for pedestrians.

“We're working to minimize delay for everyone using the roadway, whether you're driving, biking, walking, taking transit,” said Jen Duthie, managing engineer of the arterial management division for the Austin Transportation Department.

The transportation department manages traffic flow in real-time and uses the data to make changes to how long drivers may be waiting at stoplights.

RELATED: Austin’s traffic deaths are up so far this year while serious injuries from wrecks have declined

But the drop in traffic isn’t all good news. With fewer people on the road, some drivers are hitting the gas harder.

“Open roads and less congestion does not mean that you should be driving 10, 20, 30 miles over the speed limit, and that's what we're seeing in a lot of cases,” said Lewis Leff, transportation safety officer for the Austin Transportation Department.

Based on the City's estimate, crashes in 2020 represent 2,235 years of life lost, based on an average life expectancy of 75 years.

Leff said some crashes are being reported with speeds more than 100 miles an hour.

“When those types of conditions exist and the speeds exist of those drivers choosing to go that fast, we see the impact of crashes be a lot more severe over time,” Leff said.

The City is still working toward Vision Zero – a plan adopted by the council in 2015 – that would end traffic-related fatalities and serious injuries.

There are safety improvements on the way for 13 dangerous sections of road the transportation department has identified where there have been more than 350 deaths or serious injuries in the last five years.

Those improvements include things like better lighting, protected left turns and improved safety for pedestrians.