It's all in light of Distracted Driving Awareness Month. 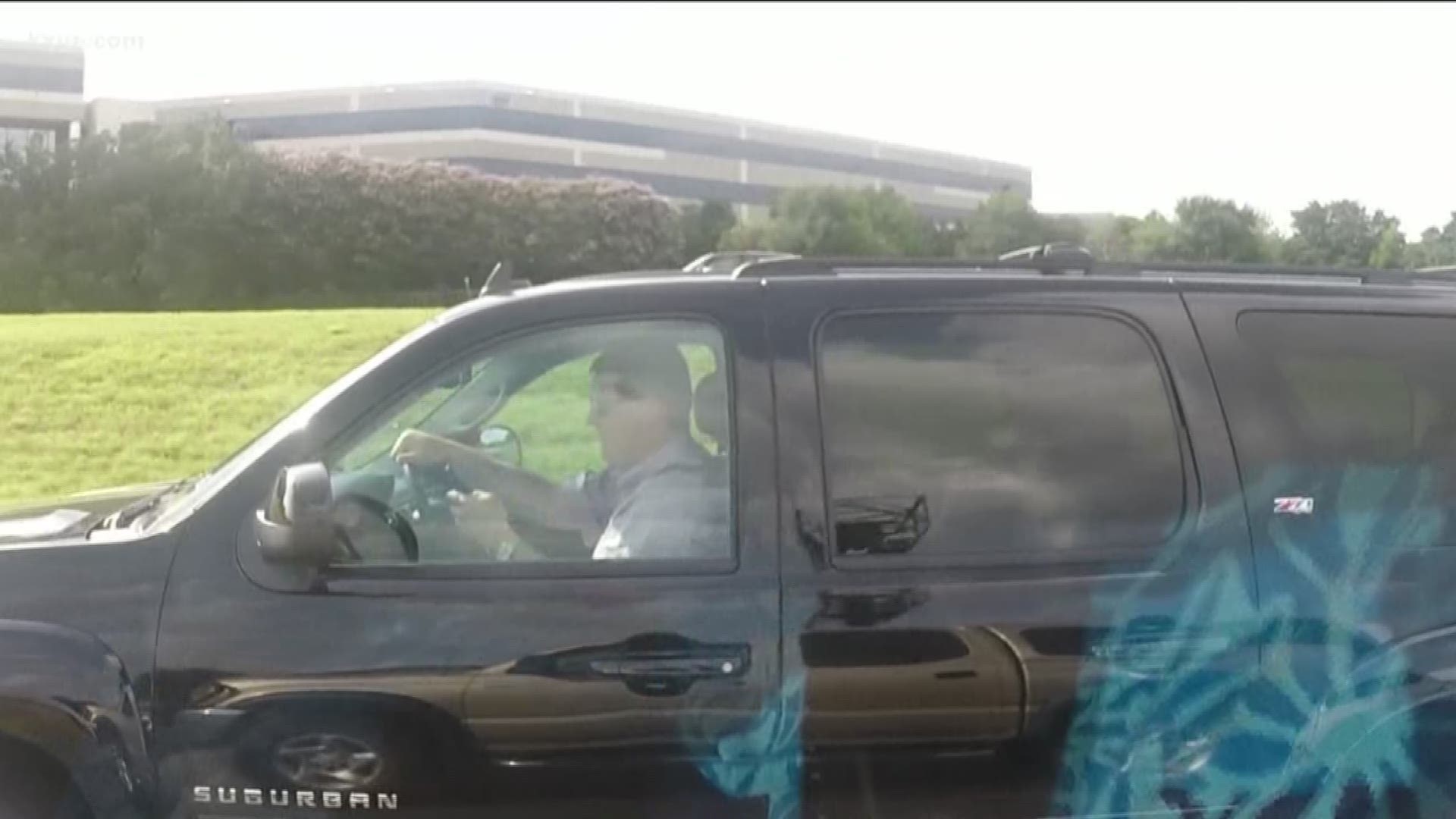 AUSTIN, Texas — The Austin Police Department is bringing back an old but successful method to catch distracted drivers in light of Distracted Driving Awareness Month.

According to the Austin Transportation Department, distracted driving accounted for one in six deadly and serious crashes in Austin between 2013 and 2017. Nationally, nine Americans die and 100 are injured every day on average due to distracted driving.

In order to change those statistics, the APD, the city's transportation department and Capital Metro are partnering up.

Recent incidents show just how dangerous distracted driving can be

Officers will hop on CapMetro buses and ride along certain corridors in Austin where recent crash data shows that distracted driving is a problem there. They're looking out for cell phone use, in particular. But they will also look for eating, grooming, focusing attention on others in the vehicle or simply being inattentive to the road.

When officers spot that on the bus, they will then call on officers nearby to "enforce against that behavior."

"Through this innovative initiative, officers issue many warnings and citations each year with the goal of deterring mobile device use while driving," a press release said.

“As we work to end traffic deaths and serious injuries on our roadways, we’re asking everyone to pitch in," said Robert Spillar, the director of the Austin Transportation Department. "That means everyone should stay focused on the road and point out distracted driving behavior when they see it.”

Why a statewide alert wasn't issued for missing woman with autism