A 19-year-old man died as a result of the crash. 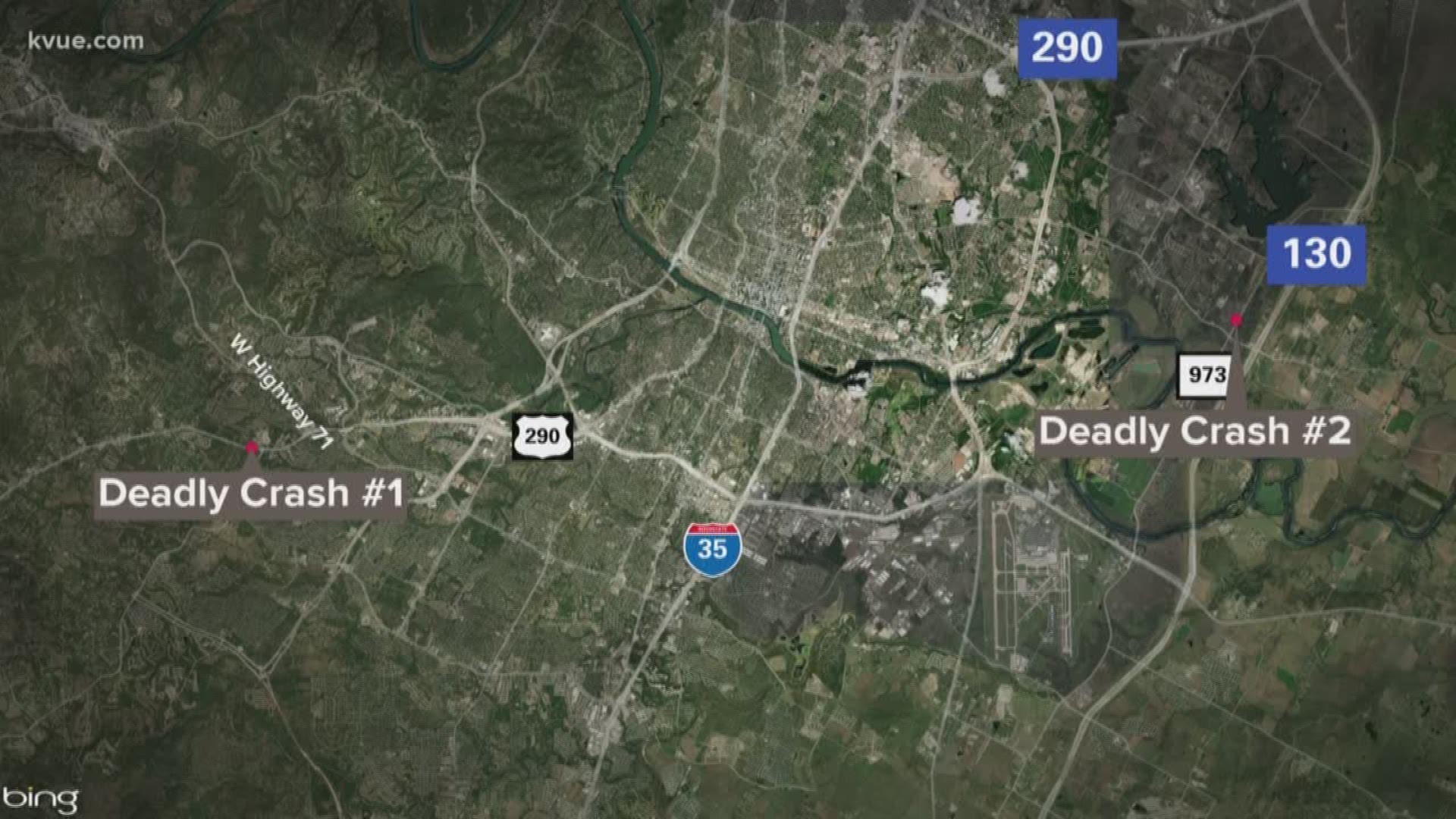 AUSTIN, Texas — After a driver disregarded a posted sign that said "right turn only" on the busy US 290 highway in South Austin on Thursday, the driver hit a car, killing a man inside, Austin police said.

More information on the crash was released Tuesday. Shortly before 7 a.m. at US 290 and FM 1826, police said the driver of a black 2016 Toyota 4Runner made a left-hand turn, crossing multiple lanes of traffic, despite a sign that said, "right turn only."

The driver pulled out in front of a gray 2008 Ford Mustang that was traveling westbound in the inside lane of 290. The driver of the Mustang swerved to avoid the 4Runner, but struck its front end in the middle lane.

The force of the impact flung the Mustang into the eastbound lanes, where it was hit a second time by a maroon 2013 Dodge Ram, police said.

The driver of the Mustang, who Austin medics said Thursday was a man in his 20s but police confirmed Tuesday was a 19-year-old Hispanic man, was pronounced dead on scene.

The driver of the truck was taken to a hospital with injuries that were not life-threatening, police said.

The driver of the 4Runner stayed at the scene of the crash and was cited for disregarding a posted sign, a class C misdemeanor.

Especially in light of Distracted Driving Awareness Month, police are urging drivers to pay attention to the road.