More than 7,500 runners are trying for their personal best at the 26th annual 3M Half Marathon Sunday morning – and to make room for them, several roads are closed.

The race began at 7:30 a.m. Sunday on Stonelake Boulevard in North Austin and will end on San Jacinto Boulevard next to the Capitol.

Take a look at the map: 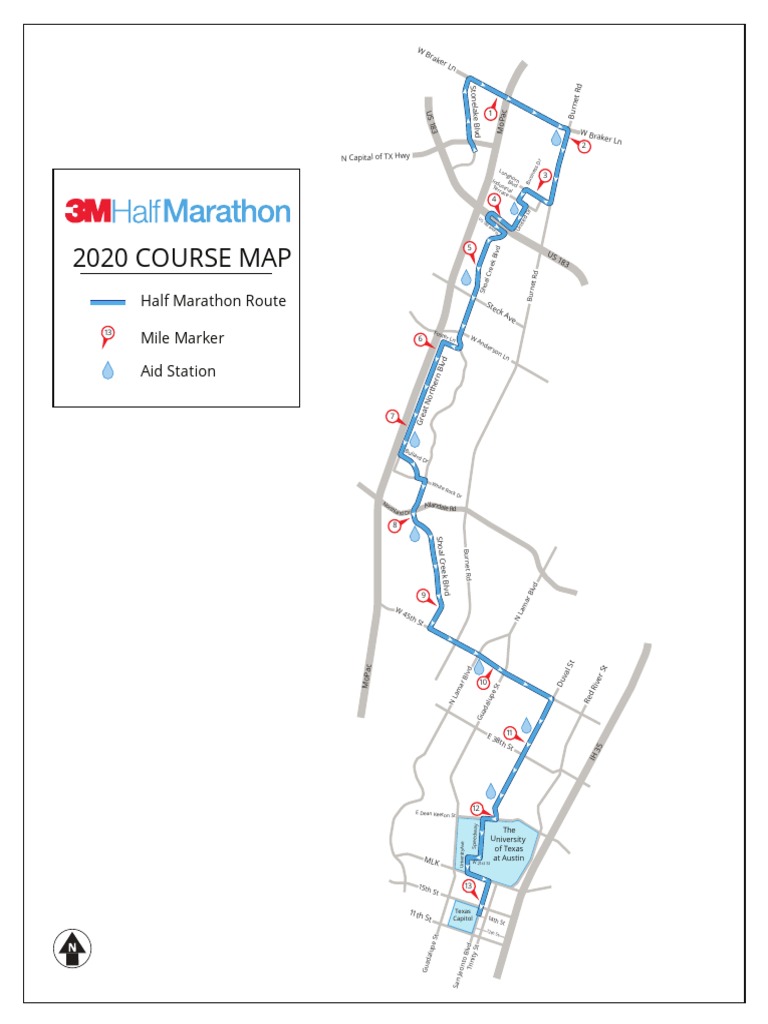 3M Course Map 2020
Discover everything Scribd has to offer, including books and audiobooks from major publishers.

Here is a full list of road closures from the City of Austin. Most roads will reopen by noon, except parts of San Jacinto and Fourteenth Street, which will stay closed until 6 p.m.

According to the race's website, it is one of the fastest 13.1-mile courses in the country.