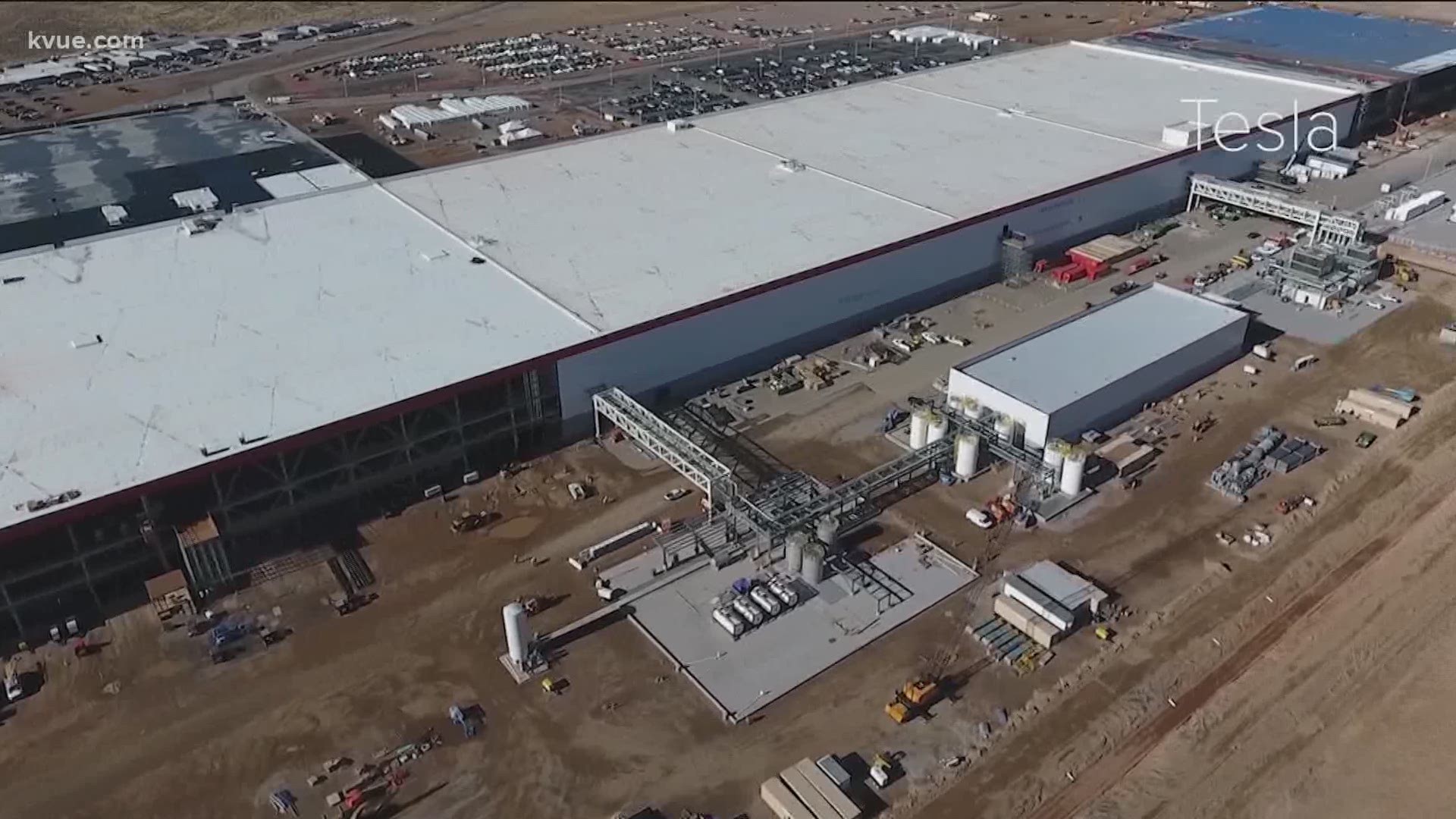 The electric automaker will build a $1.1 billion assembly plant in Travis County, according to a press release from Gov. Greg Abbott.

Days after the governor made the announcement, President Donald Trump took to Twitter to express his approval of the deal.

"Great job by @elonmusk in agreeing to build, in TEXAS, what is expected to be the largest auto plant anywhere in the world," Trump tweeted. "He kept his word to me. Texas & @Tesla are big winners. MADE IN THE USA!"

The announcement comes after the Travis County Commissioners Court voted 4-0 – with one abstaining – on July 14 on a deal to bring the Tesla factory to Austin. On July 10, Del Valle ISD gave the OK to give the electric car company $46.4 million in property tax breaks.

"This is one of those projects that absolutely is a game-changer," said Charisse Bodisch, the senior vice president for economic development with the Austin Chamber of Commerce. "These are career paths. This is a place where you're going to be able to go in and you can start that career."

The factory will produce the electric vehicle maker’s upcoming Cybertruck electric pickup, as well as be a second site to build its Model Y SUV. Tesla officials have said they intend to break ground on the factory by the third quarter of this year. The Cybertruck is expected to be available starting late next year.

The Gigafactory will employee thousands of Texans & be a cornerstone for next generation innovation.

It’s been fun to get to know you.
Welcome to Texas. pic.twitter.com/PsnfaEUHaz

Tesla was also considering Tulsa, Oklahoma, as a location for the factory.

In May, Musk took to Twitter, saying his headquarters would move to the Lone Star State "immediately" in response to Alameda County in California advising Tesla to remain closed until June 1 amid the coronavirus pandemic. Following Musk's tweets, Abbott confirmed he talked to the CEO about the move.

"It's true. Texas is a perfect fit for Tesla," the governor tweeted on May 13.

"Tesla moving to Austin is exciting," Austin Mayor Steve Adler said. "It gives us three things we need in East Austin. It gives us thousands of good wage jobs that don’t need a four-year degree. Its factory will be better for people and the planet. It’s an important economic boost in East Austin, especially as we fight the economic effects of the virus. This new opportunity will help our city be more fair for everyone who lives here. I look forward to working on and resolving the issues leading to final City approval."

“In addition to the 5,000 new jobs and $1 billion facility investment, Travis County has been able to take a tract of land that paid $64,000 in tax revenue over 10 years and turn it into a tract that will pay $8 million in tax revenue during the same period. I am proud of the agreement we have reached. It strikes a balance between incentivizing Tesla, securing significant community benefits,= and ensuring protection of workers and the environment.”

Emily Timm, the co-executive director of the Workers Defense Action Fund, said while the organization supports bringing new jobs to the community, there needs to be a guarantee they will be "good, safe jobs."

"As it stands, there is no way to verify that Tesla will implement any of the agreed-upon safety and wage standards because the agreement doesn’t provide for independent, third-party monitoring or enforcement measures," Timm said. "Tesla is notorious for skirting workplace protections and putting their workers at risk, and we cannot expect them to police themselves."

Jessica Wolff, the organization's deputy policy director, told KVUE that the public did not have enough time to provide input on the deal.

"I think from the very start – there's been very much a lack of transparency," Wolff said. "We're happy for there to be more jobs in our city. But I think at the end of the day we want to make sure that those are good, safe jobs and we don't feel like, as of right now, we can say confidently that there's going to be safe jobs for our community."