Using inexpensive, easy-to-buy items, an 8th-grade inventor may have found a way to help drivers see through blind spots. 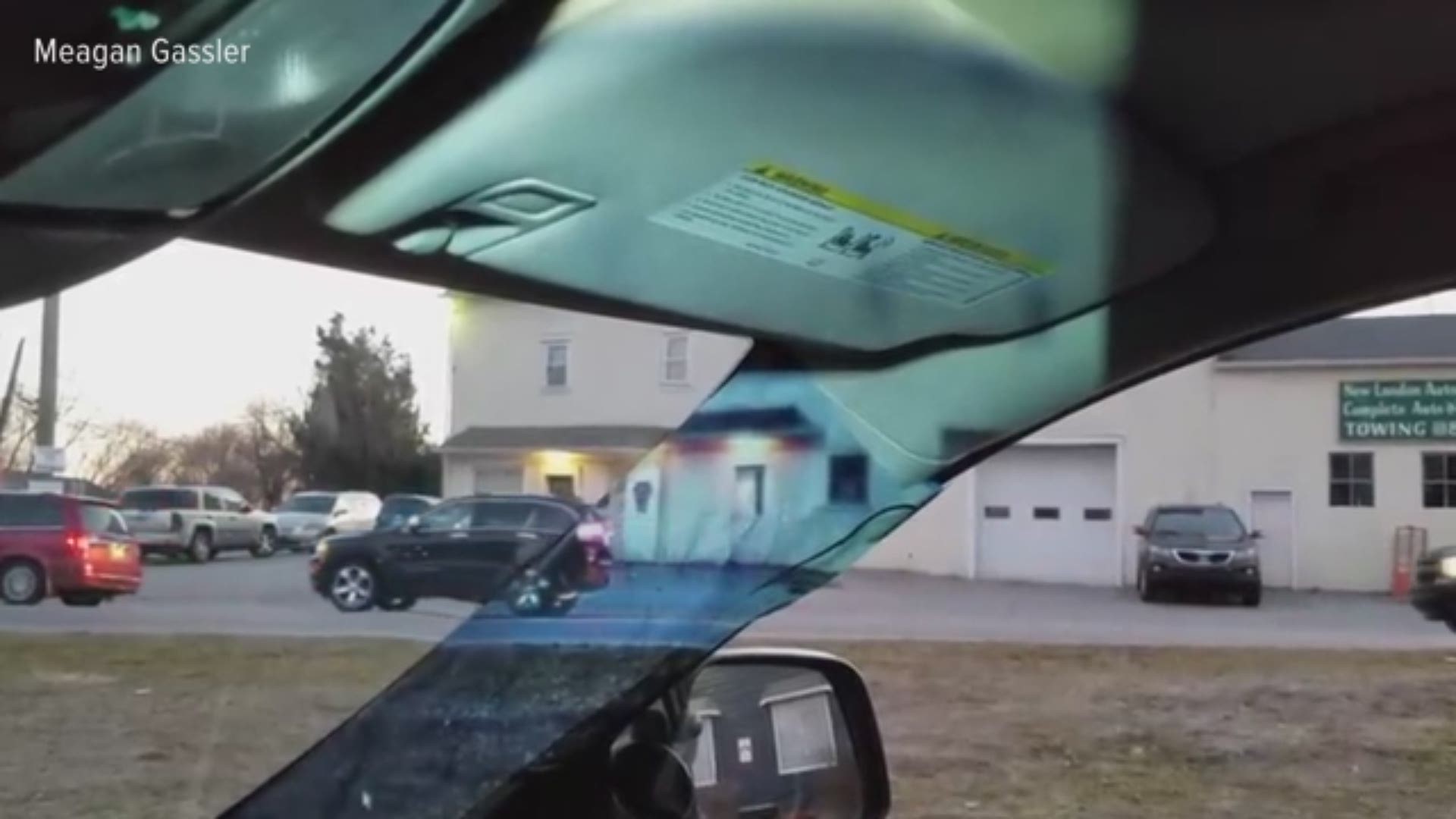 The future of driving might have just become a whole lot safer, thanks to a girl not even old enough for an Arizona learner’s permit.

Gassler beat 29 other middle school students in the annual Broadcom MASTERS competition in Washington with her revolutionary new method to help drivers see around the pillars on each side of your car’s windshield.

The teen inventor told The New York Times on Thursday: she noticed her mom absolutely hated driving the family SUV, because she had to move around and lean to see past the large pillars on the windshield – so she decided to make it her personal mission to find a work-around.

According to The National Highway Transportation Safety Administration, nearly 840,000 car crashes every year can be attributed to blind spots, including the windshield pillars.

In Gassler’s submission video to the MASTERS competition, she touches on that growing safety issue:

“There are so many car accidents and injuries and deaths that could have been prevented from a pillar not being there, and since we can’t take it out of cars, I decided to get rid of it without getting rid of it.”

A video posted online by her father shows the tech in action:

Using a clever combination of (mostly) basic items you could pick up at an electronics store, the Pennsylvania eighth-grader found a way to allow drivers to see through the pillars, offering unobstructed views of everything in front of them.

That video, within just hours of being posted, gained millions of views.

Whoa! How does it work?

Gassler’s project, “Improving Automobile Safety by Removing Blind Spots,” involves a computer, a basic webcam, a projector, retroreflective fabric, and a little bit of trial and error. Gassler mounted the webcam to the outside of the family SUV, and set it up to stream to the computer inside the vehicle, which was then plugged into the projector.

The projector was pointed at the SUV’s windshield pillar, which was coated with the reflective fabric, allowing the driver to clearly see the projection even in broad daylight.

The result: an uninterrupted, live field of view.

How did nobody think of this?

Well, they did. Gassler just did it better.

KIA and Hyundai filed a joint patent for similar technology back in 2017, but it was a much more complicated system including video monitors and proved to be too expensive for mass production.

Months earlier, Toyota threw their hat into the ring, too, with a very similar patent application for a “transparent vehicle apparatus.” But they couldn’t get their feature off the ground, either. Land Rover tried in 2014 – but the same problem came up: the price.

What’s so ingenious about Gassler’s method is the projection onto retroreflective fabric.

It allows the driver to still get the same view of the outside world without installing video monitors into the windshield, which would be an incredibly expensive modification.

How do I get one?

Slow down, there. Gassler’s invention is brilliant, but any modification to a car must pass a lot of roadblocks (pun very much intended) before it becomes available commercially.

The biggest potential problem: the windshield pillar isn’t there as a design feature – it’s a safety feature. In most vehicles, those pillars house airbags that deploy in the event of a crash. So, there would need to be extensive safety tests to ensure Gassler’s reflective fabric attachment wouldn’t impair the airbag’s effectiveness.

But there’s hope on the horizon.

An auto manufacturing company called Continental Automotive Systems is working on its own “invisibility cloak” for your windshield pillars.

Their solution, much like Toyota’s, Kia’s and Hyundai’s – has yet to become an industry standard because of its high price point. But in an interview with Wired in 2018, Continental said their design would be perfectly safe, and they’ve even driven it on roads near their North American headquarters in Auburn Hills, Michigan.

So, which lucky automaker will get first dibs on Gassler’s potentially revolutionary safety feature?

Gassler – in her interview with The New York Times – said she plans to make her pitch to Tesla.