#TechTuesday: A futuristic treadmill, VR and the future of exercise and rehab

"This is a unique machine," Blue Goji CEO and Co-Founder Coleman Fung said. "It is fully integrated with VR and the environment."KVUE's Jason Puckett experienced what Fung meant first-hand. 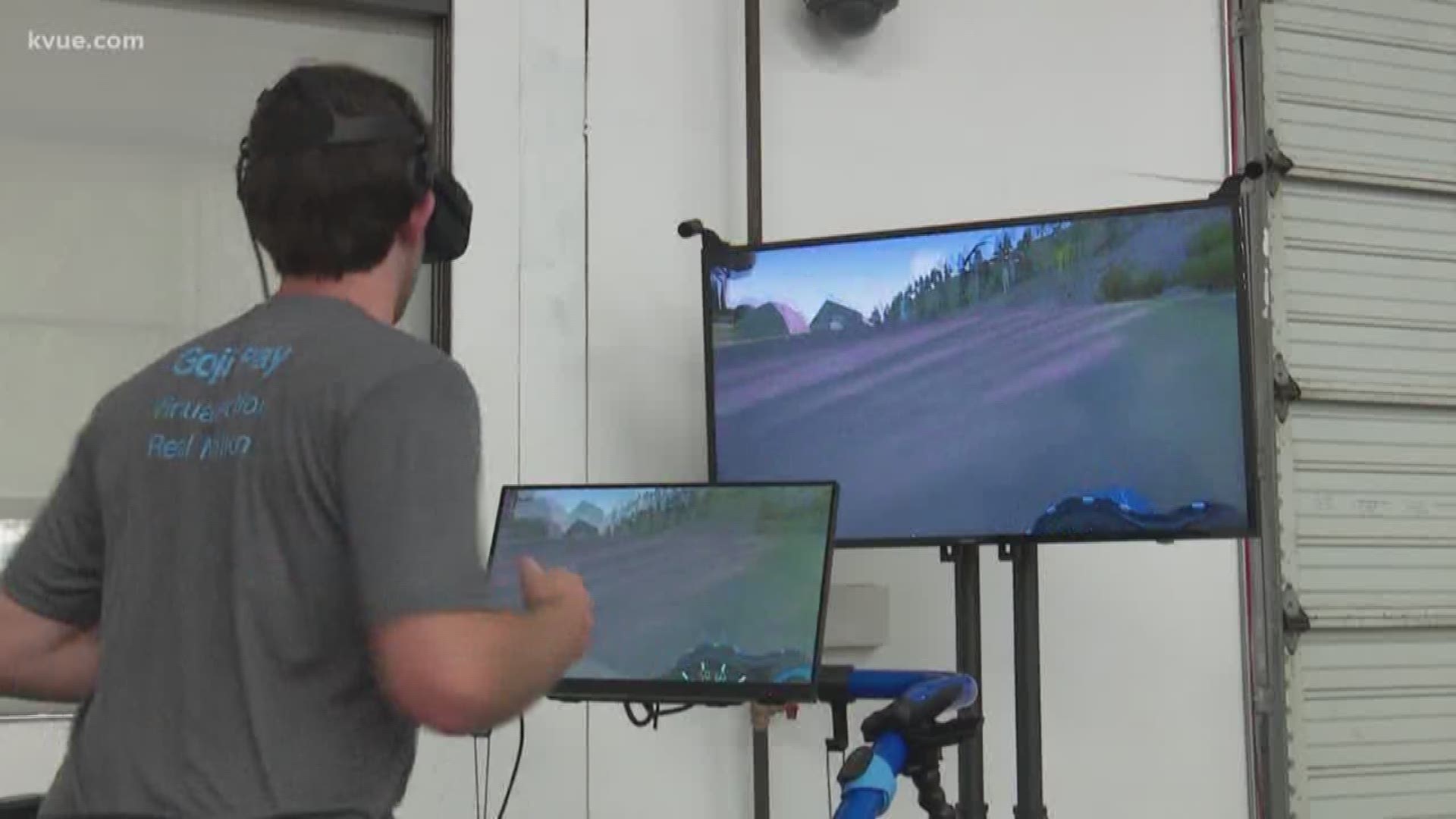 Austin,TX — In a warehouse in South Austin, Blue Goji employees are working to combine virtual reality with high-tech exercise equipment.

Their newest model, the "Infinity," is an impressive display of their combined powers.

At first glance, you'd notice the base: a large slightly curved treadmill that looks similar to those used for rehab. Users hook into the treadmill using a stability belt that also doubles as a sensor.

Once the treadmill is "unlocked," users can run, walk or jog at whatever pace they choose. And the treadmill acts as input for what's less obvious at first glance: a VR headset and some Blue Goji software.

"This is a unique machine," Blue Goji CEO and Co-Founder Coleman Fung said. "It is fully integrated with VR and the environment."

When a user puts on the headset, they have a few options of which game to play. Puckett played a game where he raced scooters along a track. As he ran on the treadmill, his in-game avatar responded accordingly. While running up a hill, the resistance increased and then lowered when going down a hill. Using his body or Blue Goji controllers, Puckett could turn and shift side to side within the game.

"I know most VR companies are focusing, even without movement, on just a small space that they can move," Fung said. "Our goal is to really break that envelope."

Blue Goji's system, when finally marketed, would allow users a motion input via their treadmill that could move them through worlds with their own steps and actions.

While the implications for gaming are obvious, Fung said their real targets are rehab facilities and exercise centers.

More information on Blue Goji's "Infinity" can be found at their website here.

KVUE also interviewed Blue Goji back in 2016, when they were launching their controllers for use on exercise equipment. That story can be found here.