A new app being developed in Austin, Hitch hopes to be the new craze in ridesharing apps. It allows you to join someone on the drive down to Houston as a modern form of Hitchhiking. 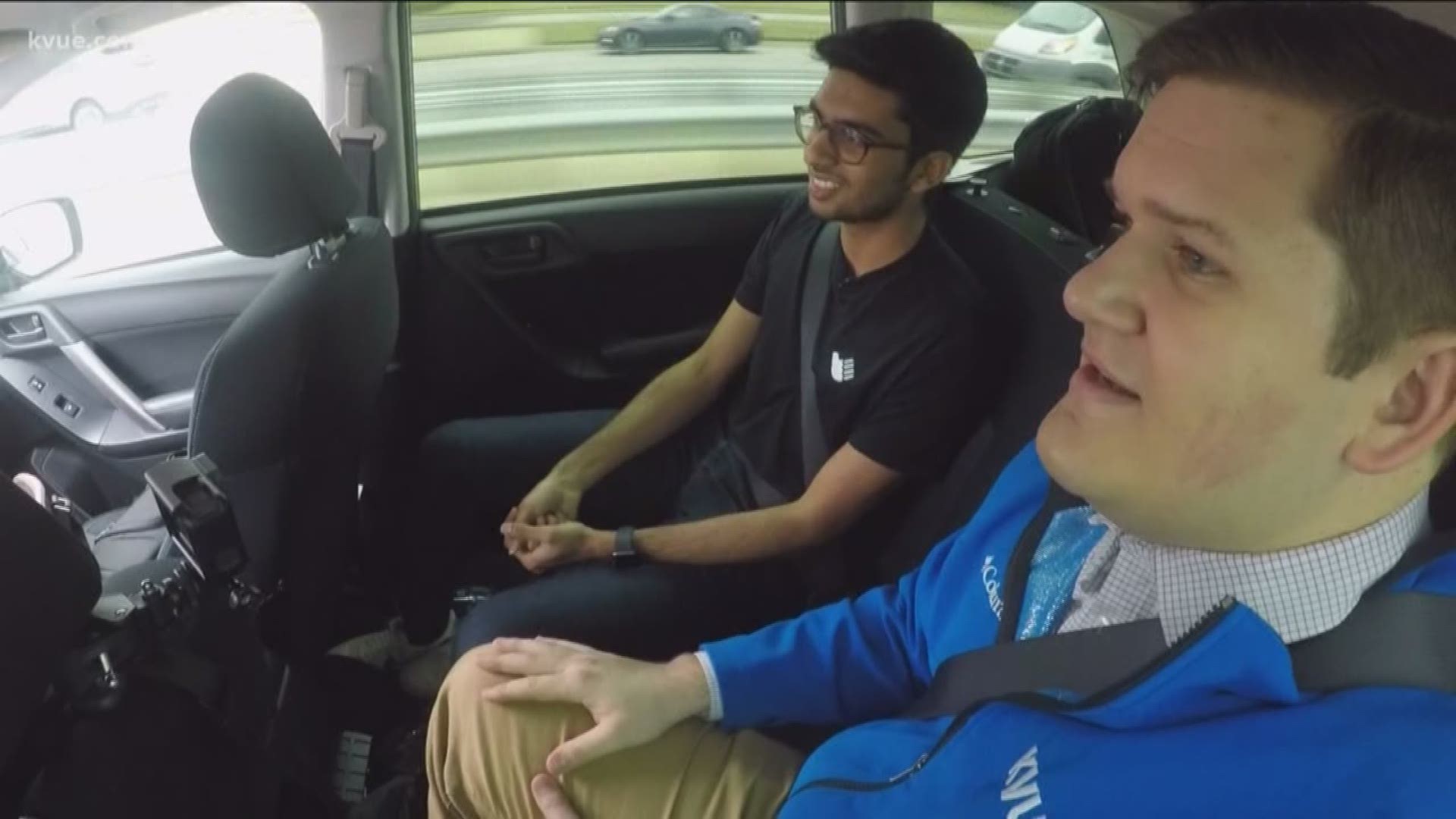 AUSTIN, Texas — When you're looking for a ride, would you ever consider hitchhiking?

Nowadays, that will leave you with a blank stare and cars passing by. But the new app, Hitch, is a modern take to hitchhiking where riders can join a driver on their way to Houston.

Hank: So the app, is called hitch?

H: Tell me a little bit more about that.

H: So how did you come up with the idea of modern hitchhiking?

T: A lot of times when actually trying to find a ride to another city, riders have to find a driver that's already going there and there's too much friction, and we decided we would remove all that friction and actually provide a platform where it was super easy for riders to get a ride and drivers to pick up some passengers.

H: Was this founded out of necessity or was this something that you thought this might be a good idea to make a business out of?

T: So my co-founder, Kush Singh, we lived in two remote cities. I lived in Houston and he lived in Dallas, and oftentimes to actually collaborate in person we'd have to meet in Austin, and at the time the only solution to get to Austin or any of the neighboring cities was to use the Megabus or Greyhound. That experience was abysmal for us, and we tried looking at alternate solutions. We tried looking at Uber, we tried looking at Lyft, there's no affordable efficient and comfortable way to actually travel between cities, so that's where Hitch was born.

H: Your business partner's from Dallas, you're from Houston, but you're both in Austin running this company. Why Austin?

T: Austin is becoming a huge, huge tech hub right now, and being in the genesis of it is quite exhilarating.

H: Do you think this app will work in other states or is it uniquely Texas, in the fact you have these major city hubs that are relatively close, most states don't have that?

T: We believe that if this idea works in Texas, we should be able to pick it up and drop it anywhere, especially with how decentralized Texas is. If you can tackle this problem in Texas, especially connecting all the major cities in Texas together, then it would be just as easy to go into California or the Northeast, or Northwest, and actually just drop this model over there.

H: What right now is the next step for you guys as an app?

T: For us, we're really trying to change the behavior of how people really perceive inner-city travel.