One Safe 2 Save user, an Austin Uber Eats Driver, uses his app points to buy food and feed the homeless. 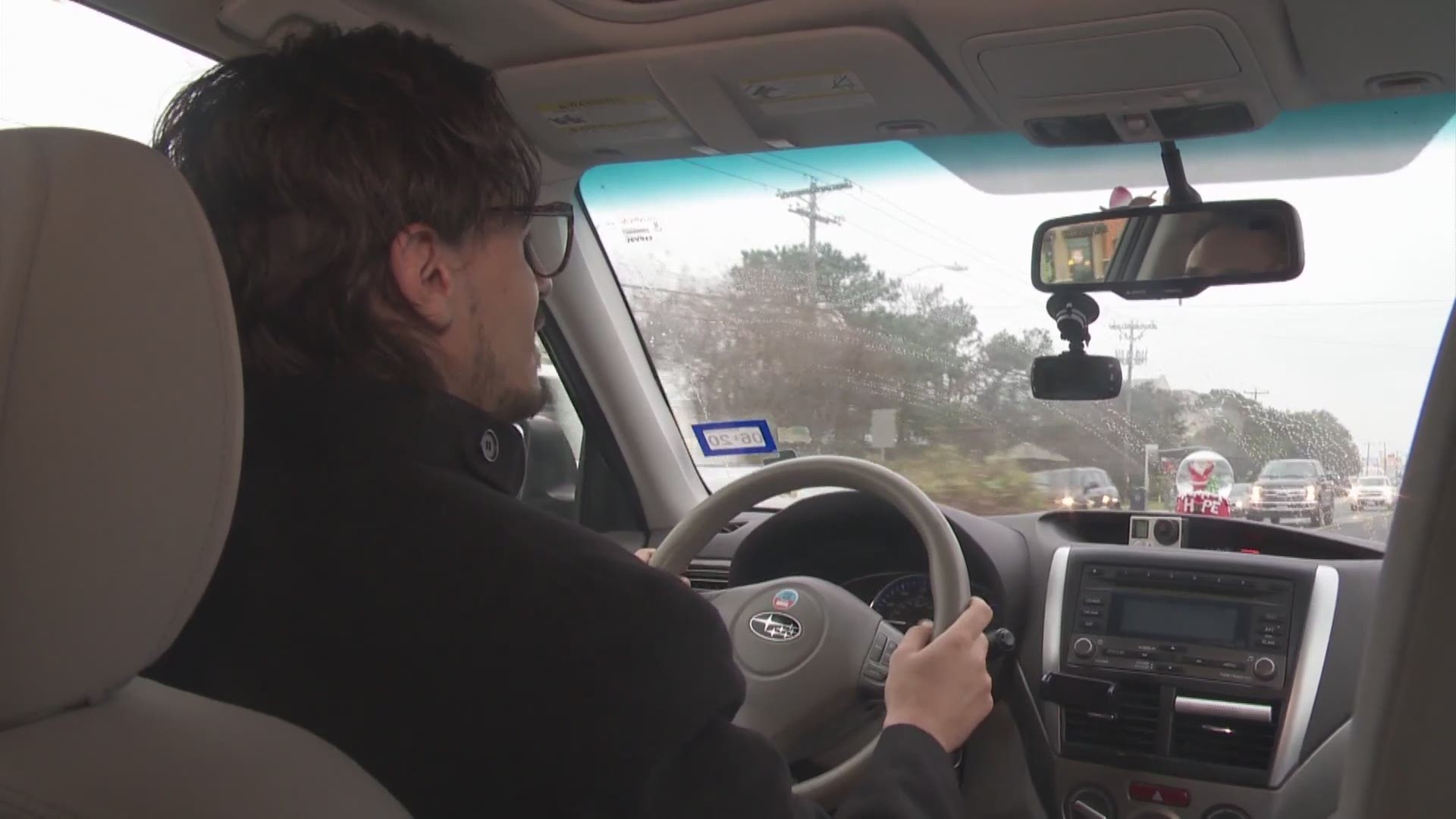 AUSTIN, Texas — It's no secret that distracted driving is dangerous.

More than 3,100 people died on roadways in 2017 due to distracted driving, according to the National Highway Traffic Safety Administration.

But a new app – which rolled out in Austin in November – aims to keep driver's eyes on the road by offering them free food and discounts as an incentive.

The app is called Safe 2 Save.

Samer Tallouze, an Uber Eats driver, uses the app very frequently. He's in the car for hours at a time. With that said, he needs help staying focused.

"While working, I get text messages or calls," Tallouze said.

He can very easily get distracted while driving for Uber Eats if he were to check those text messages or calls. But that's where the Safe 2 Save app comes in.

"This app really helps me by showing a notification, like hey, don't use this phone," Tallouze said.

The app's CEO, Marci Corry, said that's exactly what it's intended for.

The first test site for Uber's flying taxis is in Frisco

"A lot of people think oh it's harmless to just text when I'm at a stop light, but what they don't know is even though you put that phone down, for the next 33 seconds, your mind is pretty engaged on whatever email or text you just sent and so your peripheral vision is not as great," Corry said.

Here's how the app works: for every minute you're not on your phone, you earn two points. When you earn enough points, you redeem them at participating businesses, like the McDonald's on Burnet Road, which is the first restaurant in Austin to participate.

As food delivery driver, Tallouze racks up a lot of points and redeems them all of the time. And he does it to feed the homeless.

The 32-year-old regularly hands out food to those in need, but he always asks permission first.

"Homeless people are just like us. Some of them lost their jobs. Some maybe don't have the qualifications or education. Life is expensive now, let's face it," said Tallouze.

As Safe 2 Save launches in Austin, more businesses are signing up. Walgreens is the latest to join on Monday to offer discounts to safe drivers.

Corry told KVUE there are 272,000 users and the app is already in nine Texas cities, including Houston, San Antonio, College Station, Midland and Odessa. Businesses in 980 locations are participating, according to Corry.

Here are some examples of what drivers can redeem points for:

For more information, click on the app's website's below:

SAFE 2 SAVE | Rewarding Safe Driving
Earn points as you drive undistracted and redeem them at local businesses you love. Texting and driving makes us all 23 times more likely to be in an accident. Is that text so important it cannot wait? Your loved ones are worth it!

8-year-old runner honors late grandfather with one shoe and 3.1 miles of determination