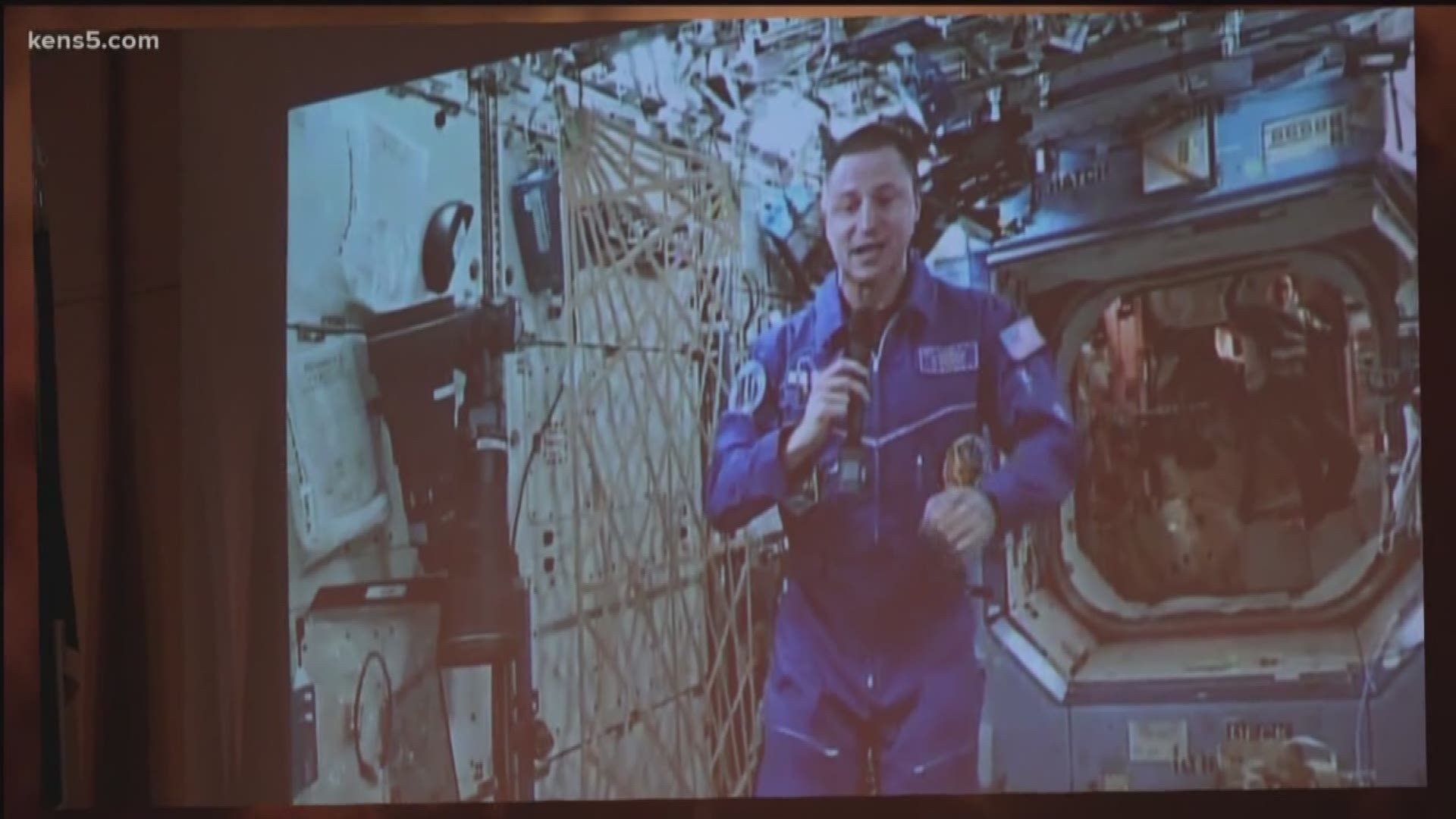 SAN ANTONIO — Brooke Army Medical Center staff, patients and family members were joined by Astronaut Col. Andrew Morgan – the first U.S. Army doctor to venture into space – for a live, in-flight interview Wednesday. They asked questions about life in space, his experiences as an astronaut, the science of space—and what he's thankful for.

"I'm most thankful for the opportunity to serve our country this way," Morgan said.

BAMC says Morgan was previously assigned to the center, and he revealed that he was wearing a BAMC shirt in its honor for the call. BAMC says he graduated from the United State Military Academy West Point in 1998, earned a Doctorate in Medicine from Uniformed Services University of the Health Sciences and completed a residency in Emergency Medicine at Madigan-University of Washington Emergency Medicine Residency. (You can learn more about him here.)

Morgan is also taking to Twitter to provide updates on his experience. You can view his journey here.

Specialist Ezra Maes asked Morgan the first question of the morning. Maes says he grew up loving astronomy, and believes space exploration is critical and emblematic.

"It's humanity not being OK with where we're at and always pushing that final frontier," Maes said. "There's always something more to be explored and they are the leading technical edge for discovery every single time. When you grow up, it's what you dream of being—you don't dream of being just OK. They are the best and they constantly push that boundary, and for community to keep evolving and keep growing space exploration is one of the most important things we can do."