The possible solution could help save area lakes. 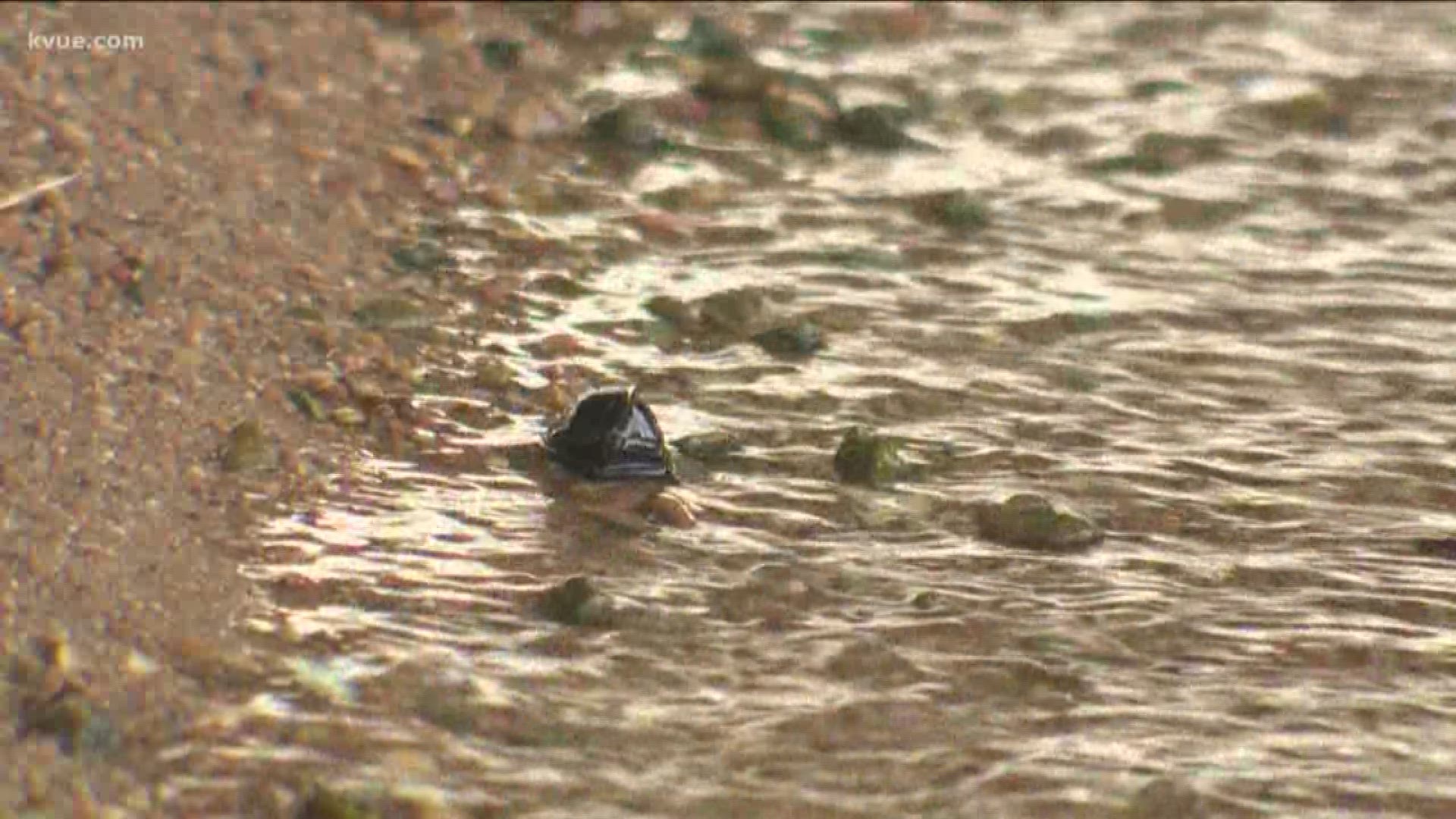 AUSTIN, Texas — Researchers in Austin are currently working on a solution to remove zebra mussels from Central Texas lakes for good.

The dime-sized creatures have infested area lakes, ultimately changing the ecosystems around them as they filter thousands of liters of water a day.

But John Higley and his team at Environmental Quality Protection (EQO) may have found a way to stop them with what he calls a "poison pill."

"We produce it in the micro-algae, then we kill off the micro-algae, so you're just putting in algae dust," Higley told KVUE. "Everything else eats it, and it's just fish food. But zebra mussels eat it, and we put in a protein that kills them."

The National Science Foundation recently awarded EQO a $225,000 grant to continue its research into this possible zebra mussel killer.

Higley expects to test this type of treatment in the water by the end of 2020.

"It breaks down into amino acids, just like anything else in the water," he said. "It should be completely harmless to everything that eats it. It should be at a low enough cost where we could actually treat a large body of water with it."

Austin Water, the city's drinking water supplier, is also trying to kill off zebra mussels at its raw water pump stations before they get to the treatment plants.

"We didn't think that we had a high risk of infestation in our raw water line because of the velocity, because of the pressure, because it's a dark environment. But, apparently, none of those was a deterrent for the mussels," Mehrdad Morabbi, Austin Water's operations manager over water treatment, told KVUE in a February 2019 interview.

Austin Water to use copper, other solution to weaken, kill zebra mussels

The utility expects to install copper ion generators at its raw water pump stations in 2020.

"Copper, actually, is a toxin for the mussels," Morabbi said. "They can't proliferate in an environment when there's a low concentration of copper present."

But Higley said his method may help save area lakes – not just the drinking water.

"You can't actually solve the problem. You're just taking it out of the drinking supply," he said. "You're just protecting the water infrastructure. You're not saving the water."

EQO expects to receive more funding for its research in September 2020.