For your own good, remember to wear shoes before getting in the water. 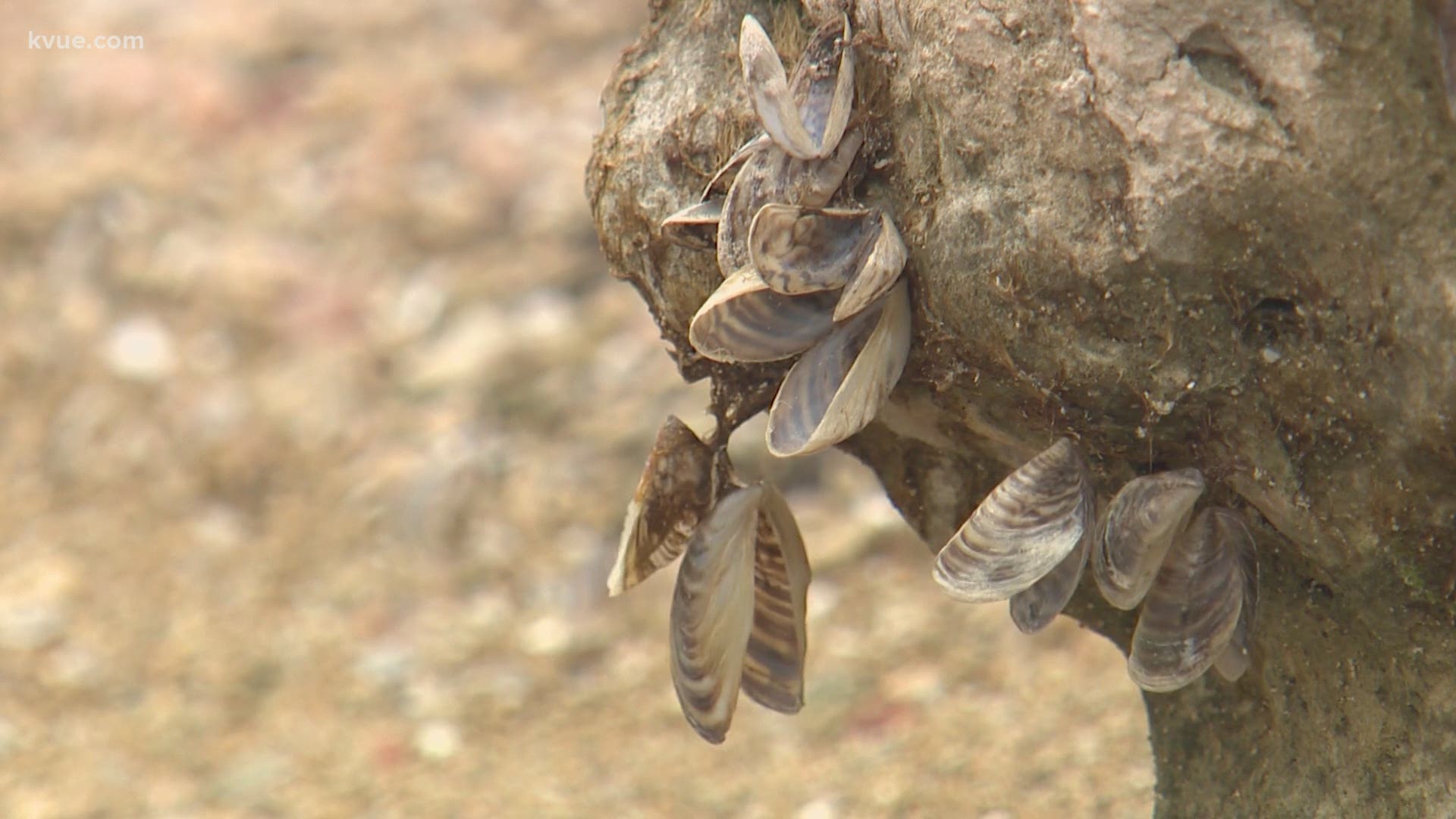 There are thousands of dead zebra mussels lining the shore and the area at least 100 feet above the shoreline. They've attached themselves to rocks and logs, posing a threat to anyone walking around barefoot – both onshore and underwater.

The zebra mussels died because of decreasing water levels at Lake Travis. At the beginning of 2019, the average water level was at 682 feet. It's now at 662.

"When the water levels go down, the ones that are above the waterline and dry out will die. And, you know, even with that, sometimes they can smell pretty bad, too," said Monica McGarrity, a senior scientist for Aquatic Invasive Species Management at the Texas Parks and Wildlife Department (TPWD).

Averill Drapper learned about them the hard way.

The New York City resident was visiting Lake Travis earlier this summer when he suddenly felt a burning sensation on his calf and saw blood in the water.

"I guess I just brushed up against them, and they just cut my leg all the way down my calf," Drapper said.

"This is something that does happen to a lot of people," McGarrity said.

The zebra mussel's sharp shell can cause a lot of harm, even when it's dead.

"When you're in the water, if you touch rocks that are underwater, rub up against a dock or a buoy, there's a potential that you're going to cut yourself," she said.

That's why staff with Travis County Parks have warned visitors since July 2019 to wear closed-toe shoes, like tennis or water shoes, and to be careful where they place their hands and feet when entering or exiting the water.

"Since the beginning of the 2019 swim season, Travis County Parks has recorded dozens of mussel-caused injuries to visitors suffered when entering or exiting lake waters or by coming in contact with a rock or structure covered with mussels. Most injuries are minor, requiring cleansing of the wound and an adhesive bandage. A few injuries have required further medical attention, such as stitches," a county spokesperson said at the time.

KVUE requested an updated number of injuries for the 2020 swim season, but that information was not immediately available.

Somehow I’ve been lucky enough this month to have reported on three stories at Lake Travis. Tonight’s story is about the graveyard of zebra mussels at lakefront parks like Bob Wentz Park and the danger it poses for visitors. 😳 @KVUE pic.twitter.com/SbVrLrOq9q

Drapper said he's prepared for his next visit to Lake Travis.

"I already got my rubber shoes, like, super thick with the bottoms," he said. "There's no games. I'm making sure I'm not getting cut again."

TPWD first noticed zebra mussels in Lake Travis in June 2017. Since then, the lake has become infested with them, along with nearby Lake Austin and Lady Bird Lake. Lakes Georgetown, Marble Falls and Pflugerville are also infested.