After a four-week-long polespear fishing tournament, Atlas Environmental gave out hundreds of tilapia tacos. The hundreds of fish came from the tournament. 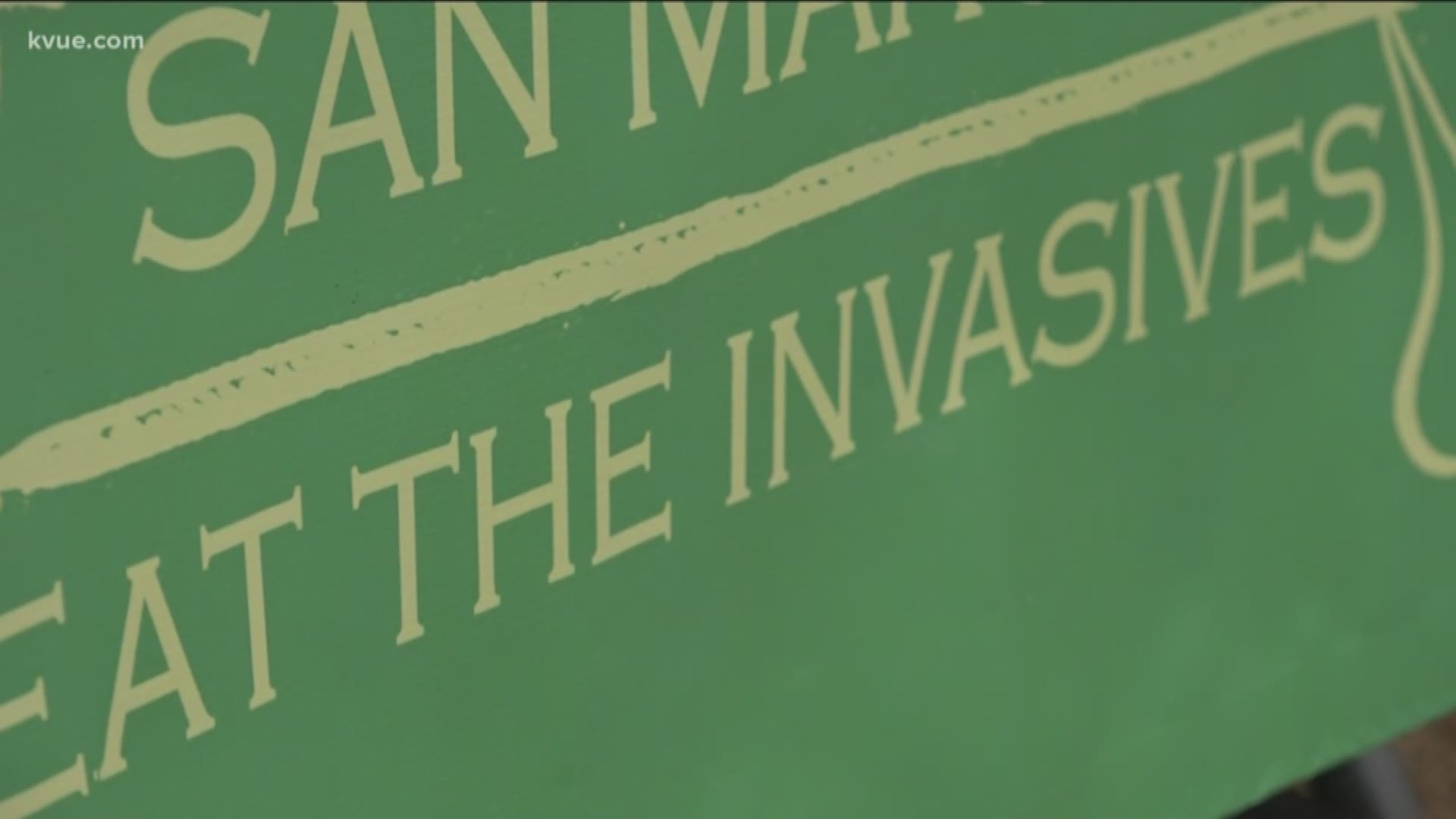 Those two words are some of the most treasured in Texas, if not the entire U.S.

On Sunday, Atlas Environmental gave away 600 free tilapia tacos after hosting a tournament for divers to spear tilapia and armored catfish from the San Marcos Springs and Comal Springs.

More than 40 divers participated in the tournament, pulling up hundreds of pounds of trash, as well as 1,500 of the invasive species. The Edwards Aquifer Authority identified the two types of fish as invasive and dangerous for native wildlife back in 2012. For example, the suckermouth catfish can burrow into riverbanks, loosening the sides of the waterway and threatening the natural habitat.

Between February and March, divers had 15 hours of dive time to collect as much trash and as many of the invasive species as they could. Each diver had to split their 15 hours into five-hour segments on three different days.

“We’re going out and removing just that specific fish," Nick Menchaca, owner of Atlas Environmental, said. "We have zero by-catch. We’re not going out and throwing a net and catching a bunch of native fish out there. We’re just targeting these invasive fish.”

Menchaca said spearing the fish is the most effective, efficient way to catch the fish while causing the least amount of harm to the native habitat.

“We had really kind of weened the population of tilapia pretty far [on the San Marcos River] so it was getting tough to get enough fish to, you know, throw these fish fries," Menchaca said.

Menchaca and a handful of volunteers served up hundreds of tilapia tacos from the tournament catches.

"We definitely don’t want to see them go to waste," Menchaca said. "We want to filet them up as many as possible and serve them up, share them with our community.”

During the tournament, divers could also pick up trash and weigh how much they found. First-time participant but long-time diver Lowell Daigle said he won the award for picking up the most amount of trash from the San Marcos River during the tournament.

“As you swim around in here you’ll notice there’s a lot of trash: old trash, old aluminum, all kinds of old junk you can find, but a lot of new cans too," Daigle said.

City of San Marcos offers rebate for cutting water use

Menchaca said the tournament takes place twice a year – in the spring and late fall. He told KVUE he plans to host the next one in November and end it with another fish fry.