After more than 50 checks throughout the day, only small amounts of chemicals called VOCs were detected 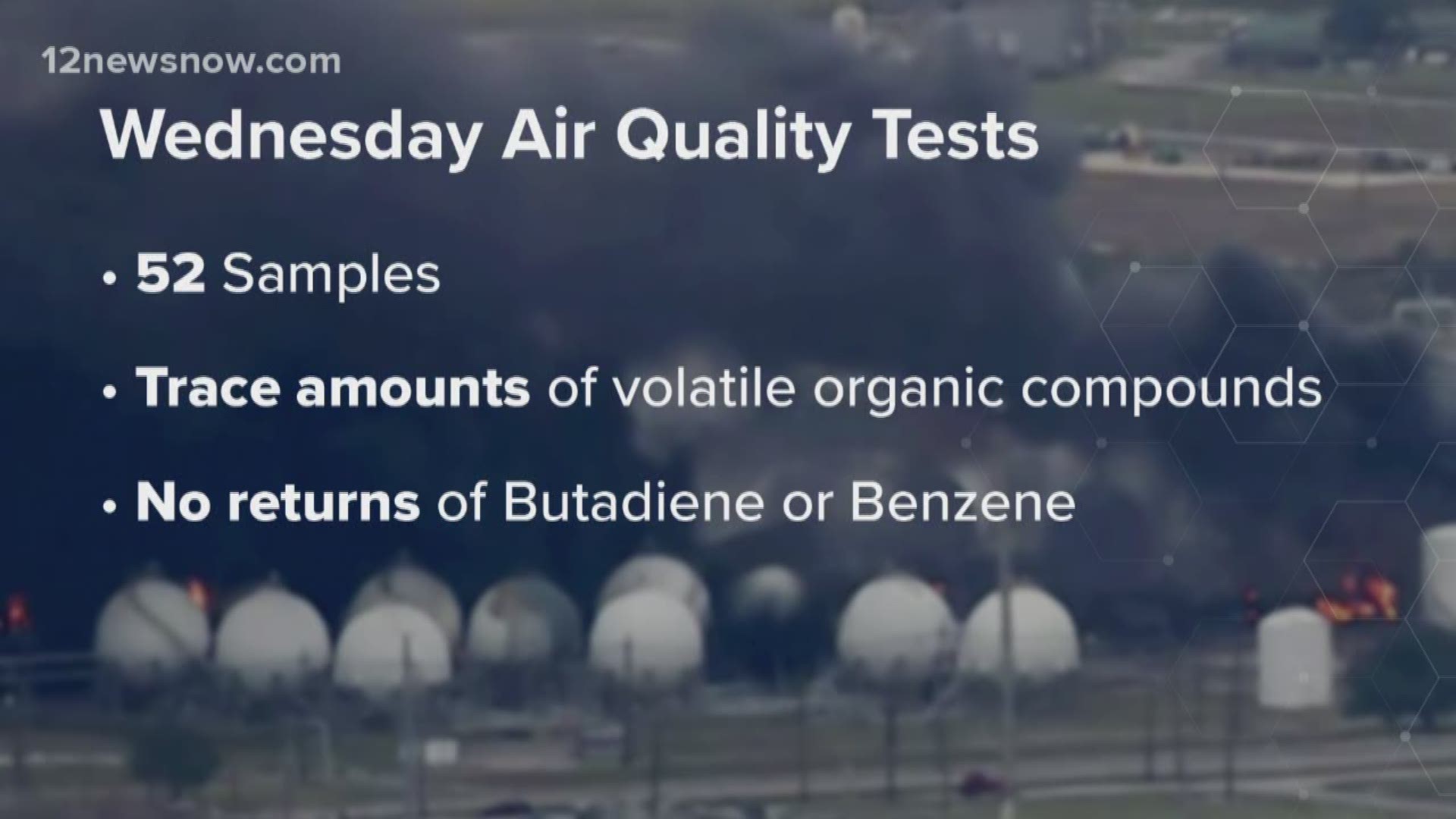 TCEQ says there were no returns for the chemicals Butadiene or Benzene.

These levels are within federal and state guidelines, Jefferson County Judge Jeff Branick said during a news conference Wednesday night.

"Short-term exposure to high concentrations of VOCs can cause eye, nose, and throat irritation, shortness of breath, headaches, and nausea," TCEQ said. "If you experience these health effects, leave the area until the situation has resolved."

Car exhaust, gas-powered lawn and garden equipment, gasoline dispensing stations, industrial coating operations, printing shops, paints and household chemicals are some of the everyday sources of VOC, according to the EPA.

Light to minor odors and burning smells were also noted at the following locations:

CHECK | Here are the test results from TCEQ

No odor was detected at either location where levels of VOC were detected. TCEQ says VOCs from the TPC Plant are odorous.

“We’re staying focused on the safety of our emergency response personnel folks in and around in the community as well as trying to protect the environment,” Troy Monk, TPC’s director of health, safety and security, said  Wednesday.

TCEQ reported a problem with a MultiRAE reader at the HEB on Hwy. 347 in Port Arthur. That machine is used to read butadiene.

Winds have shifted Thursday morning causing concerns about smoke from the TPC plant explosion and fire.

The fire continues to burn more than 24 hours after the initial explosion.

Winds are currently out of the east, causing the cloud of smoke to move closer to the ground.