Brooks Landgraf brought the bill forward earlier this week, but Representative Tom Craddick sees some issues with the bill. 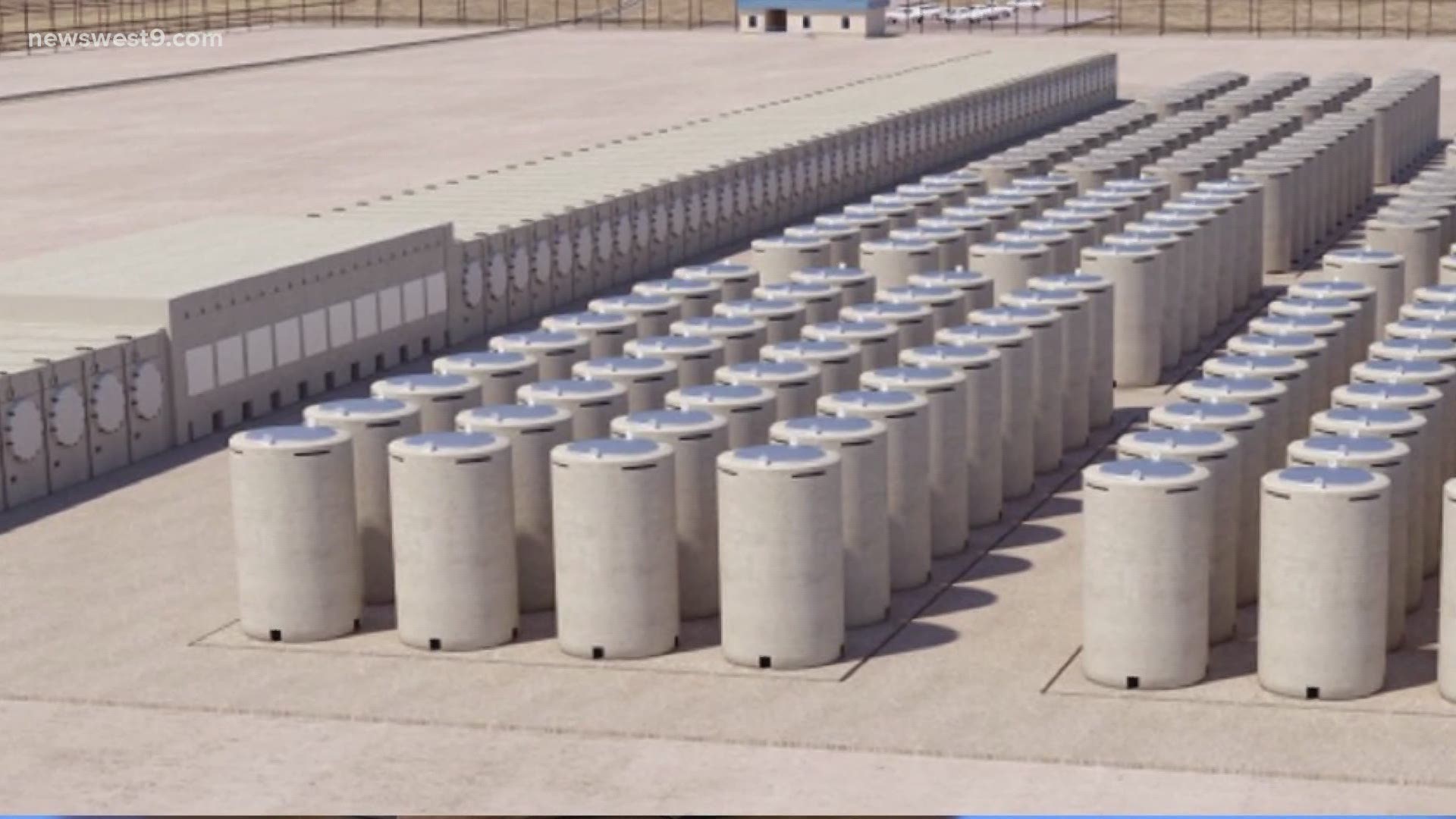 It's the question people have been asking for years with no clear answer. Right now, local representatives are fighting to keep it from coming to West Texas.

Early in March, Brooks Landgraf of Odessa introduced House Bill 2692 which would ban high-level radioactive waste from being stored at the Waste Control Specialist facility in Andrews County.

However, while Midland representative Tom Craddick doesn't support bringing that kind of waste to West Texas, he does see issues with Landgraf's bill.

"I don't know anybody who wants it," Craddick said.

That was the point Craddick wanted to hammer home. While the bill to ban high-level waste is something he wants, the bill would also lower fees and surcharges to deposit waste at W.C.S.

"A lot of people want the site to be banned for high-level radioactive waste okay? So he introduced a bill that basically lowered the fees that the state would charge to them for each load that you take over there of waste and it did away with TCEQ monitoring the facility," Craddick said.

RELATED: High level nuclear storage site will not be built in Andrews without approval from State of Texas

What this means is that as the fees and surcharges drop, it becomes cheaper for other entities to drop off waste at the W.C.S. facility. This means that more waste would be coming in at a quicker rate for cheaper.

Craddick worries these changes would open the door to more accidents.

"Remember, they’re gonna be trucking to get this material. What happens if you have an accident or an explosion? What does that do? Well, it could you know shut down the oil and gas industry in the Permian Basin right there for a while," Craddick said.

In a statement, representative Brooks Landgraf had this to say about Craddick's concerns.

"While I appreciate and respect speaker Craddick's perspective, at the end of the day, my job is to fight for the people I was elected to serve. We received input from a large number of folks with a wide range of perspectives on the bill, and the final product is a good policy for Texas that protects the people of Andrews and the Permian Basin."

Even so, Craddick doesn't believe that the bill would do much to prevent high-level waste.

"The state can pass a bill, they can pass a resolution and say we don’t want high-level waste and that’s fine and it goes into the records, but it has no sway. The federal government has 100 percent of the authority to either put it there or not to put it there," Craddick said.