The invasive creatures have infested both Lake Austin and Lake Travis. 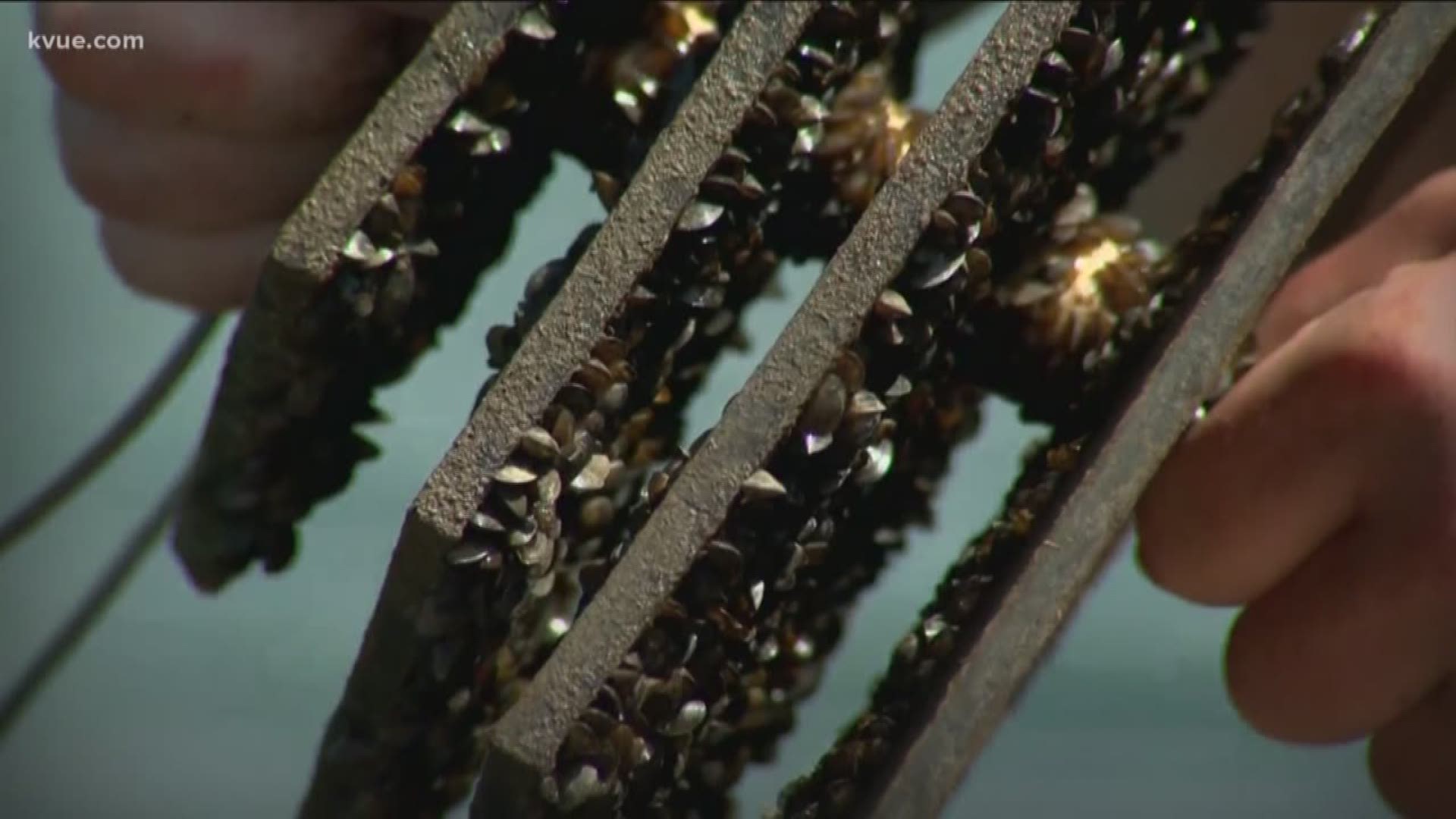 AUSTIN, Texas — They may be small but they can cause a lot of problems. That's why the city council said they will spend millions to get zebra mussels out of Austin's waterways.

The invasive creatures have infested both Lake Austin and Lake Travis. They're known to cut swimmers' feet, harm other aquatic life and clog up pipes, leading to smelly tap water.

On Thursday, city council voted Thursday to spend up to $4 million over five years on the chemical copper sulfate.

The City is also working to retrofit water intake structures to reduce the risk of the chemical killing fish and other wildlife.

In October, KVUE's Pattrik Perez reported that Austin researchers at Environmental Quality Protection were developing what they call a "poison pill." They were awarded a $225,000 grant to continue this research on the possbile zebra mussel killer.

RELATED: 'They take over and completely change an ecosystem': Austin environmentalist working to fight zebra mussels

In February 2019, zebra mussels were blamed for smelly water across the city of Austin. Austin Water said it believed the presence of the pests infested a raw water pipeline at the Ullrich Water Treatment Plant in West Austin.

The invasive species has been spotted in most of the waterways in the Austin area. To learn more about how you can limit spreading them, click here.