The harmful algal bloom killed at least five dogs in 2019. 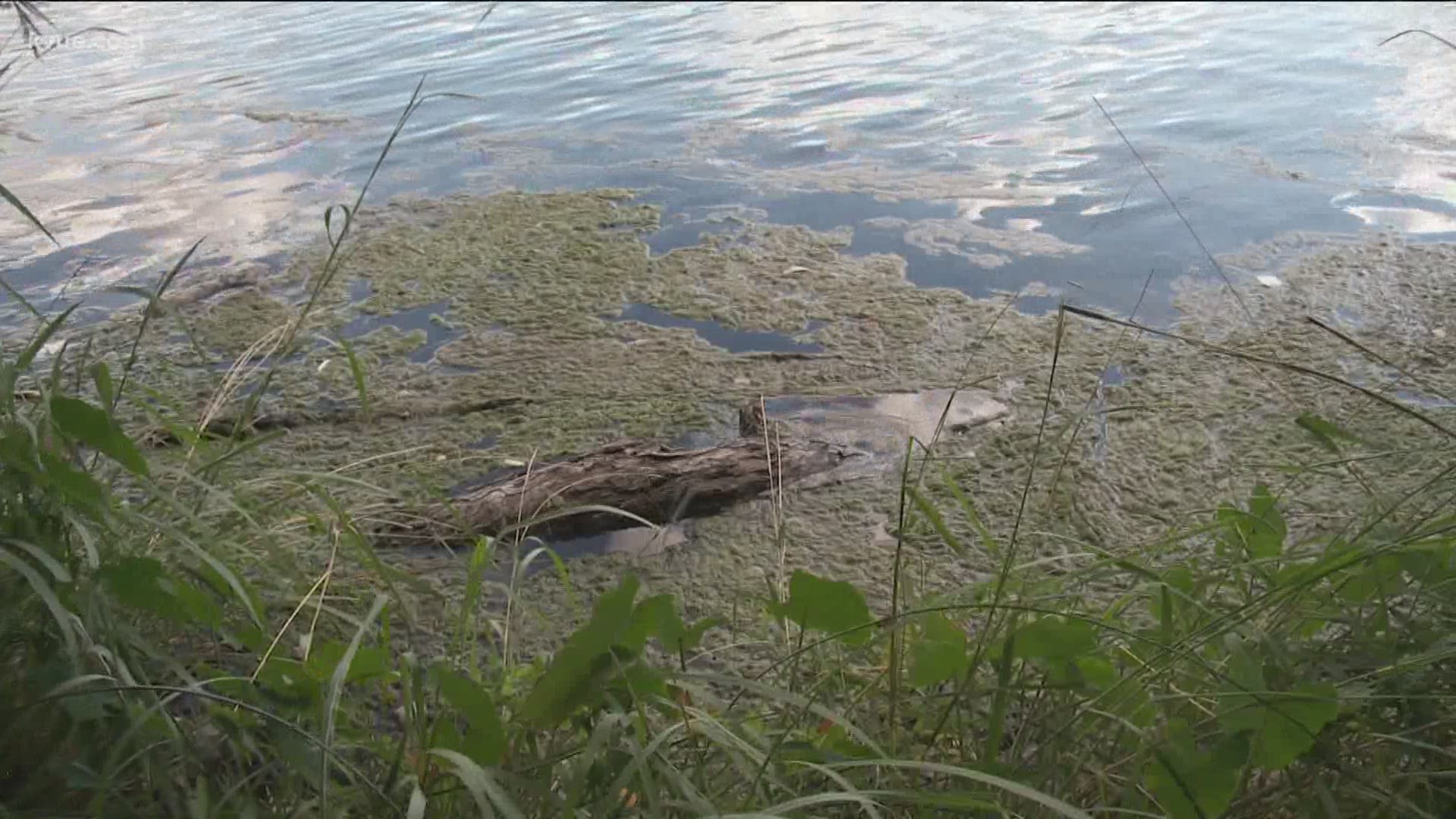 "We had hoped it wouldn't happen again this year," said Dr. Brent Bellinger, a senior environment scientist at the City's Watershed Protection Department. "But with our ramped-up sampling, we did expect to have another harmful algal bloom event."

Test results taken at Red Bud Isle and Festival Beach in late July showed the algae there are producing deadly toxins. On Aug. 4, the City added that toxins have been detected in algae at Auditorium Shores.

Dr. Bellinger said the City has been doing monthly and weekly monitoring to stay ahead of this year's bloom.

"We were getting out there, collecting more samples, doing more visual observations, putting out additional monitoring equipment to try to collect as much information as possible," he said.

The City is posting additional signs along Lady Bird Lake to remind dog owners about the potential danger in the water.

Ty Siegert, who brings his dogs to Red Bud Isle every week, is well aware of the algae in the water.

"It's just like, one more thing to add to the list of everything else that's going on right now," he said. "It obviously makes me be more cautious with where my dogs are and making sure that they're not just running free everywhere."

He's making sure they're not swimming in the water or eating any algae.

"If something happened to my dogs, I'd be devastated. But it's ultimately my responsibility at the end of the day," Siegert said.

Hot temperatures, the speed of the water flowing through the lake and zebra mussels were listed as likely culprits during the algal bloom last year. This year, Dr. Bellinger and his team will work to determine what the driving factors are so they can find a way to mitigate the problem.

But getting rid of the algae altogether won't be easy. When it dies in the winter, for example, it leaves traces behind, giving it the perfect environment for another harmful bloom in the future when the temperatures are warmer.

"When [the cyanobacteria that developed and grew last year] die off, they leave a lot of resting spores. They kind of leave that where they were growing in the sediments," he said. "When the conditions are favorable, they're able to bounce back and start growing again. They kind of primed the system for themselves."

You should seek a veterinarian immediately if your dog experiences any of the following symptoms after swimming in the water during the algal bloom:

Although the risk to humans is low, you shouldn't touch the algae.

The Parks and Recreation Department closed Red Bud Isle last year during the algal bloom to help prevent another dog death. This year, however, a spokesperson said the department plans to keep the park open "by closely monitoring Lady Bird Lake and getting safety information and guidelines out to the public early."