Could this be the answer to tackle the affordable housing crisis? 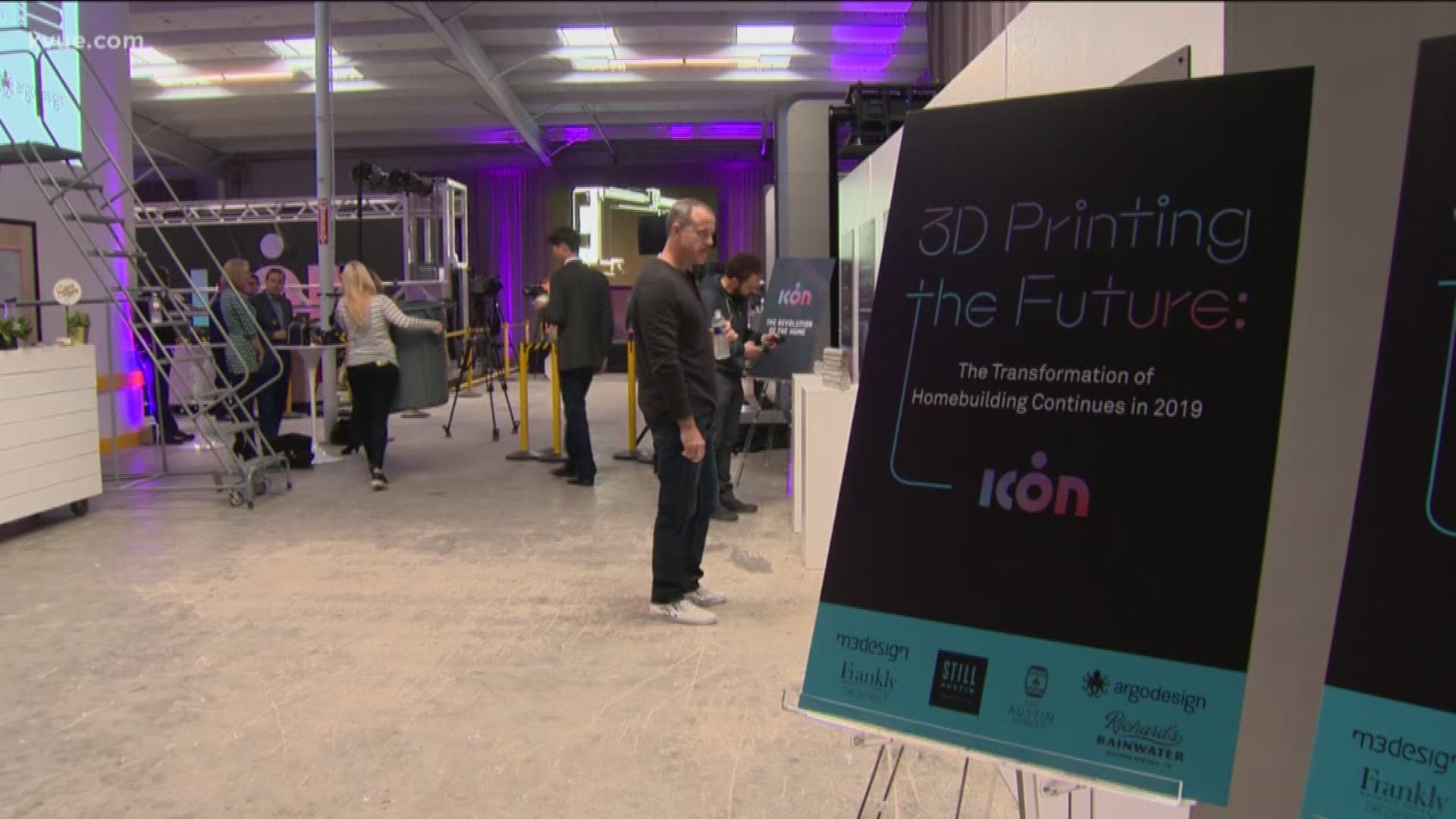 AUSTIN, Texas — ICON 3D say it's the biggest 3D printer in the world. They call it the Vulcan 2.

Its 3D printer's mission is just as large. It's suppose to help solve Austin's affordable housing and homeless crisis.

"Every week my inbox is full of very sad stories about real human lives, and we're just trying to take that and do something positive," said Jason Ballard, CEO and founder of ICON.

The company actually debuted the first and only home built by its previous 3D printer last year, Vulcan 1.

The Vulcan 2 printer is two and a half times faster than its predecessor, and it costs 30 percent to 50 percent less than homes built with traditional construction methods.

"You have a machine that would cost as much as a house, but that machine is able to build thousands of houses at a fraction of the price, so that's where we think the pay out and the scalability ends up being," said Ballard.

ICON and the Cielo Property Group are teaming up to start building 3D homes in Austin this summer. They have not announced where yet.

"This right here is the first dedicated affordable housing printer in the United States, and we get to give it to Austin," said Bobby Dillard, CEO and co-founder of Cielo.

ICON hopes to build between 20 and 100 homes in Austin this year.

But the company is building as many Vulcan 2 printers as fast as they can, hoping to increase that number in 2020.