Apple is leasing about 90,000 square feet of a building at Riata Corporate Park, which is near Highway 183 and McNeil Drive. 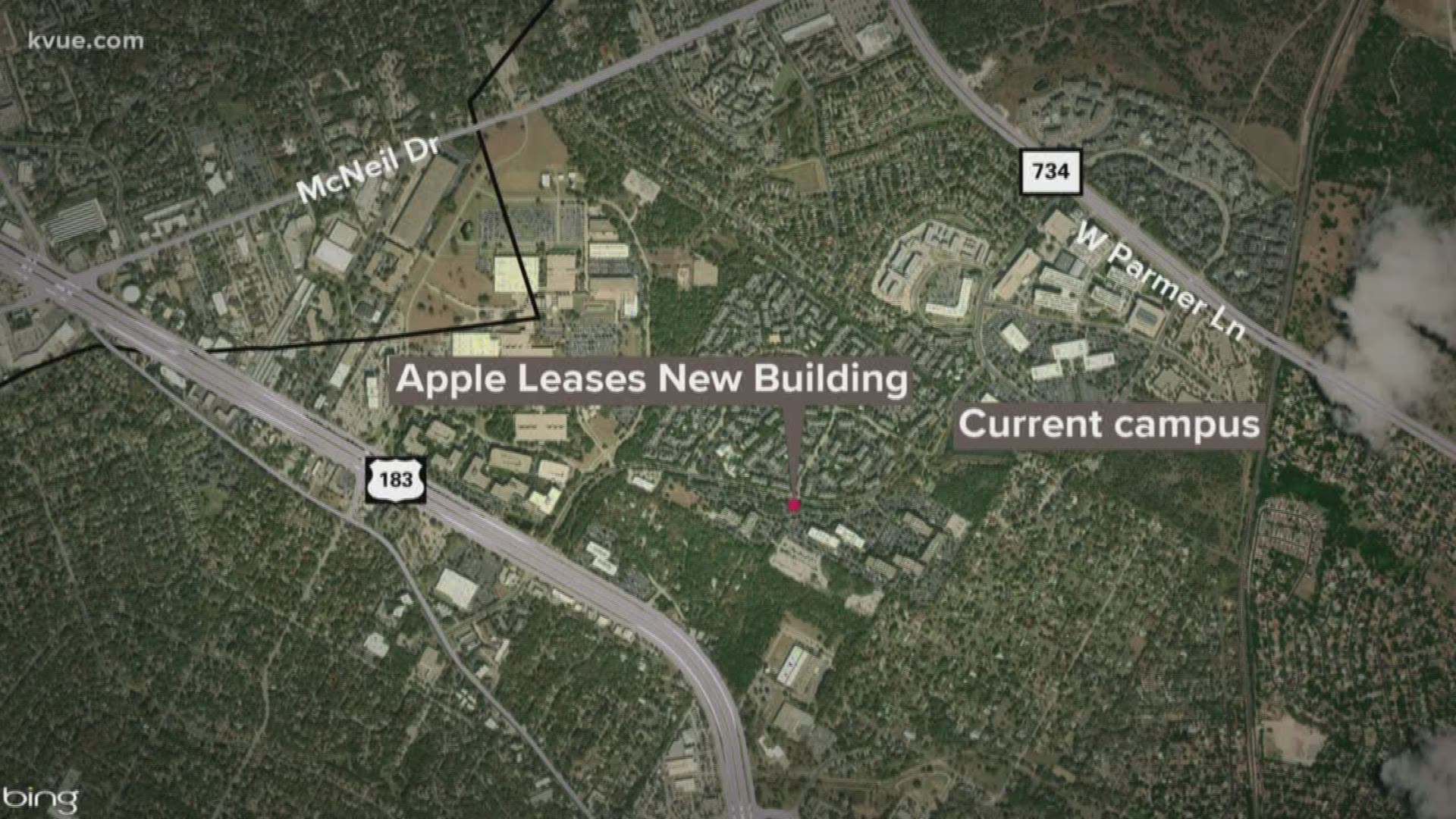 AUSTIN, Texas — Apple has big plans to build a new billion-dollar campus in North Austin in a couple of years. But it seems the company is already buying up other land to expand in Central Texas.

According to the Austin Business Journal, Apple is leasing about 90,000 square feet of a building at Riata Corporate Park, which is near Highway 183 and McNeil Drive.

This location is not far from Apple's current campus in North Austin that's off of Parmer Lane.

RELATED: Here's everything you need to know about Apple's $1B campus coming to Austin

Apple is reportedly renovating the three-story building and STG Design is the architect.

Several sources have reportedly told the Austin Business Journal that Apple is close to or may have already leased 116,000 square feet in Parmer 3.4, which is in the Parmer Innovation Center.

RELATED: Apple in Austin: Does the city have enough housing to support 5,000 new jobs?

RELATED: Apple in Austin: How can you get one of the new Apple jobs?

This goes to show Apple sees a successful future in the tech hub of Austin.