Kawhi Leonard and the Toronto Raptors face the Golden State Warriors in the NBA Finals. We break it down, plus a whole lot more. 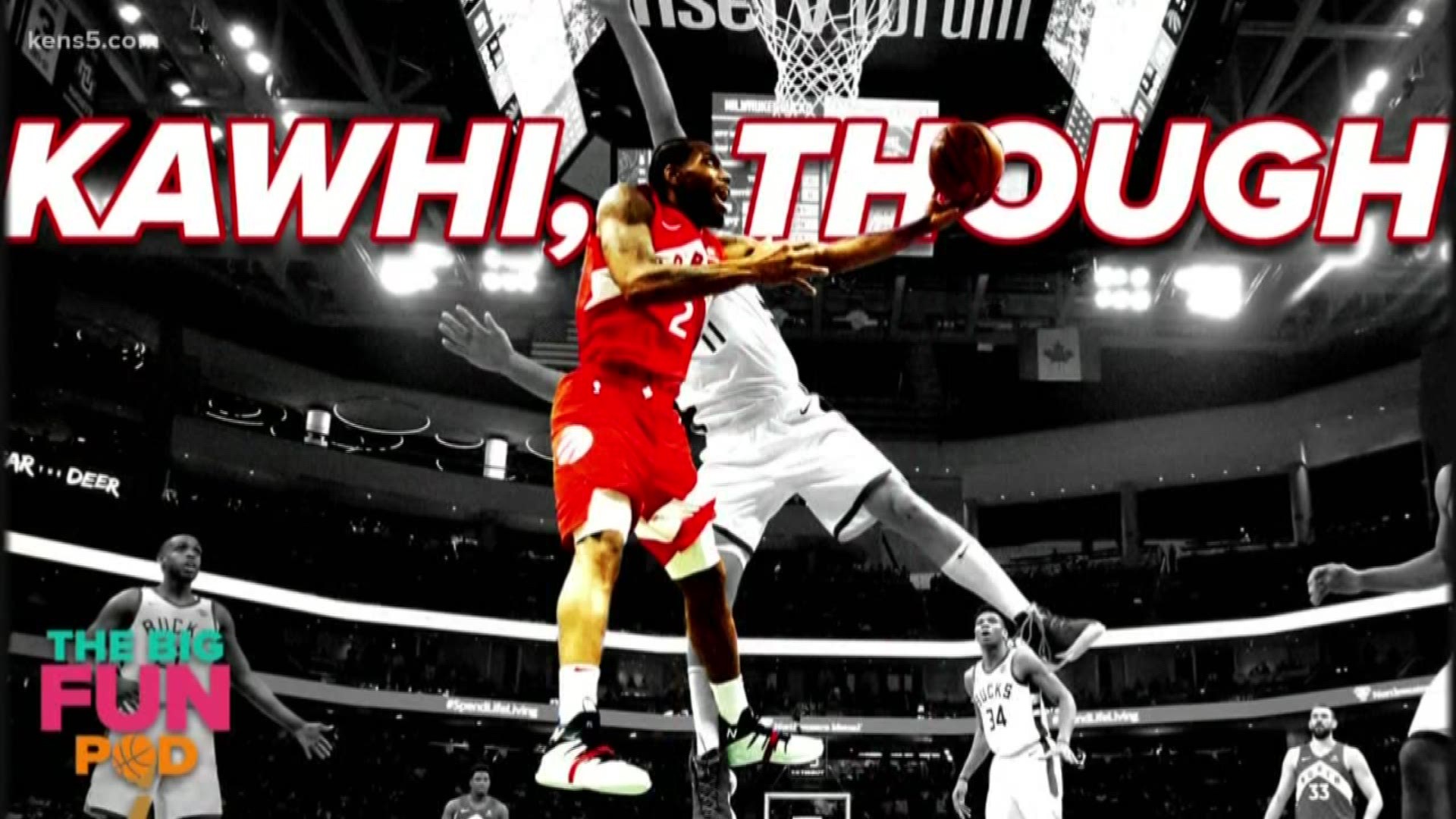 The NBA’s ultimate prize is on the line in the next few games, and Spurs fans will be forced to root for either the rival Golden State Warriors or the Toronto Raptors, which are led by former Spur Kawhi Leonard.

Of course, Leonard didn’t leave San Antonio on the greatest of terms, so his recent run of dominance through the Eastern Conference has been difficult for some fans of the Silver & Black. And his "Uncle Dennis" making headlines again has added fuel to the fire.

We talk about Kawhi’s past, present, and future in this episode of “The Big Fundamental Podcast,” KENS 5’s podcast following the San Antonio Spurs and NBA basketball.

KENS 5 digital journalists Jackson Floyd and Cameron Songer offer predictions for the NBA Finals and some keys to victory for each team. The 2019 championship could have a tremendous impact on where some of the NBA’s best players will choose to go during the free agency period this summer.

We also talk about the impact of the NBA Draft lottery on the landscape of the league before attempting to tackle one of the biggest problems facing young NBA prospects.

It's all in the name of Big Fun! Listen here: