Could the Arizona Cardinals be next to bounce back for a Super Bowl run?

Kyler Murray, DeAndre Hopkins and head coach Kliff Kingsbury would suggest that Arizona offense is in place to make a huge step forward, but what about defense? 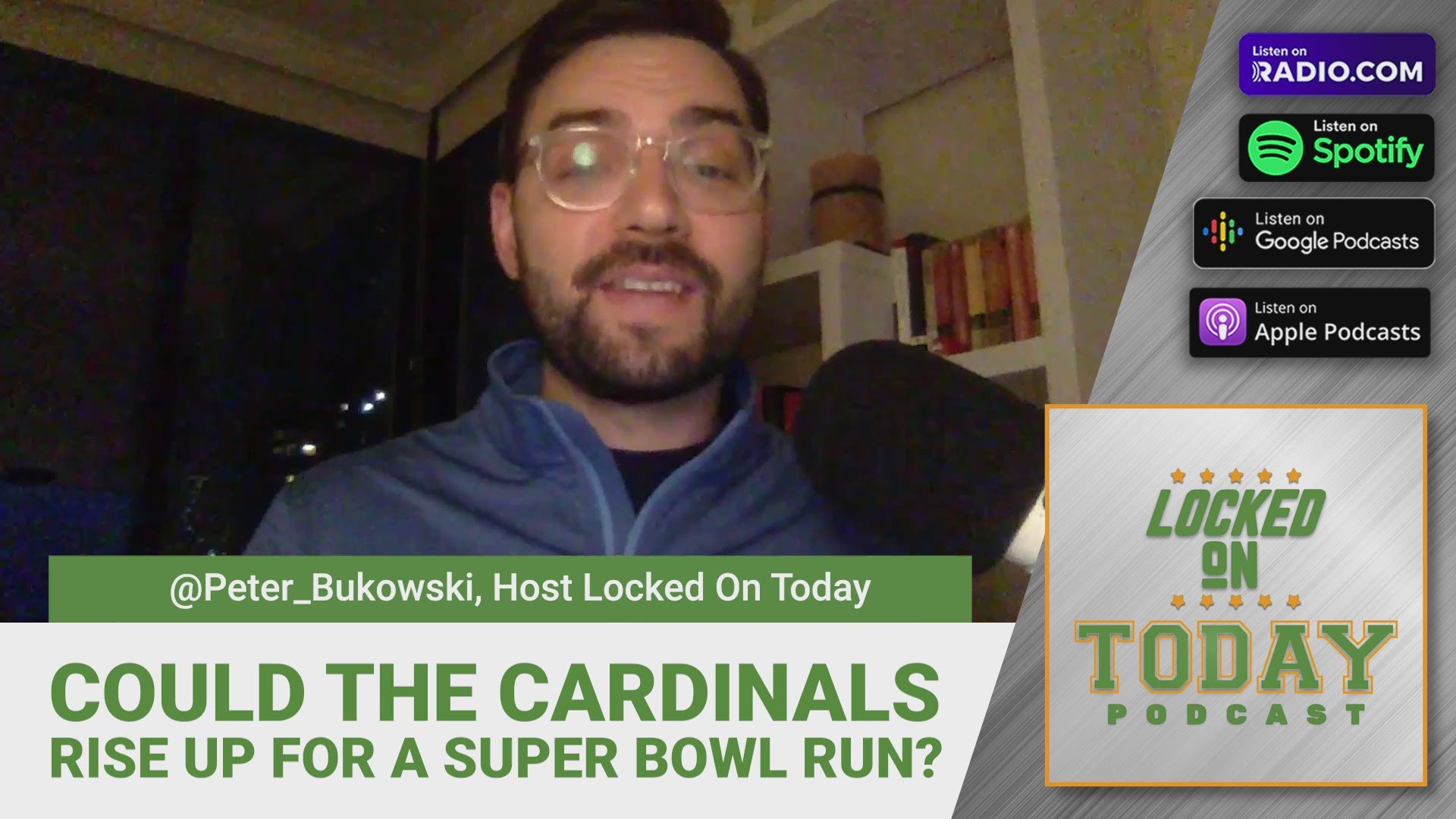 The Buccaneers finished a dismal 7-9 in 2019. Then, Tom Brady entered the picture, Rob Gronkowski followed, Leonard Fournette and Antonio Brown also joined in and the Bucs turned things around.

The Bucs finished the season 11-5, averaged the second-most points per game and went on to win Super Bowl LV. Does this give hope to some other teams that finished at or below .500 this season?

The Arizona Cardinals are an interesting choice when you look for teams that can take a huge step forward and potentially make a Super Bowl run.

Quarterback Kyler Murray, wide receiver DeAndre Hopkins and head coach Kliff Kingsbury would suggest that the offense is in place to make a huge step forward, but what about their defense?

“They need to upgrade that defense," Bo Brack from the Locked On Cardinals podcast explains. "It’s going to take a couple of guys, not just the draft pick at 16, it’s going to be important that this defense gets better.”  Brack said it’s on general manager Steve Keim to get this team to where they need to be.

As for quarterback Kyler Murray, he’ll need to continue his improvement that happened from year one to two and now heading into year three.

Murray improved his completion percentage from 64% to 67% in year two. He also threw 200 yards more than he did in his rookie season.

But the one stat that did not improve this season was his interceptions. Murray threw 12 picks in each of his two first seasons and that is one place he’ll need to improve on if the Cardinals wish to repeat what the Buccaneers did.

RELATED: Could the Cowboys be next NFL team to bounce back for a Super Bowl run?