He's blind, severely deaf and traveling alone to every country in the world

Tony Giles' lack of sight isn't stopping him from seeing the world. 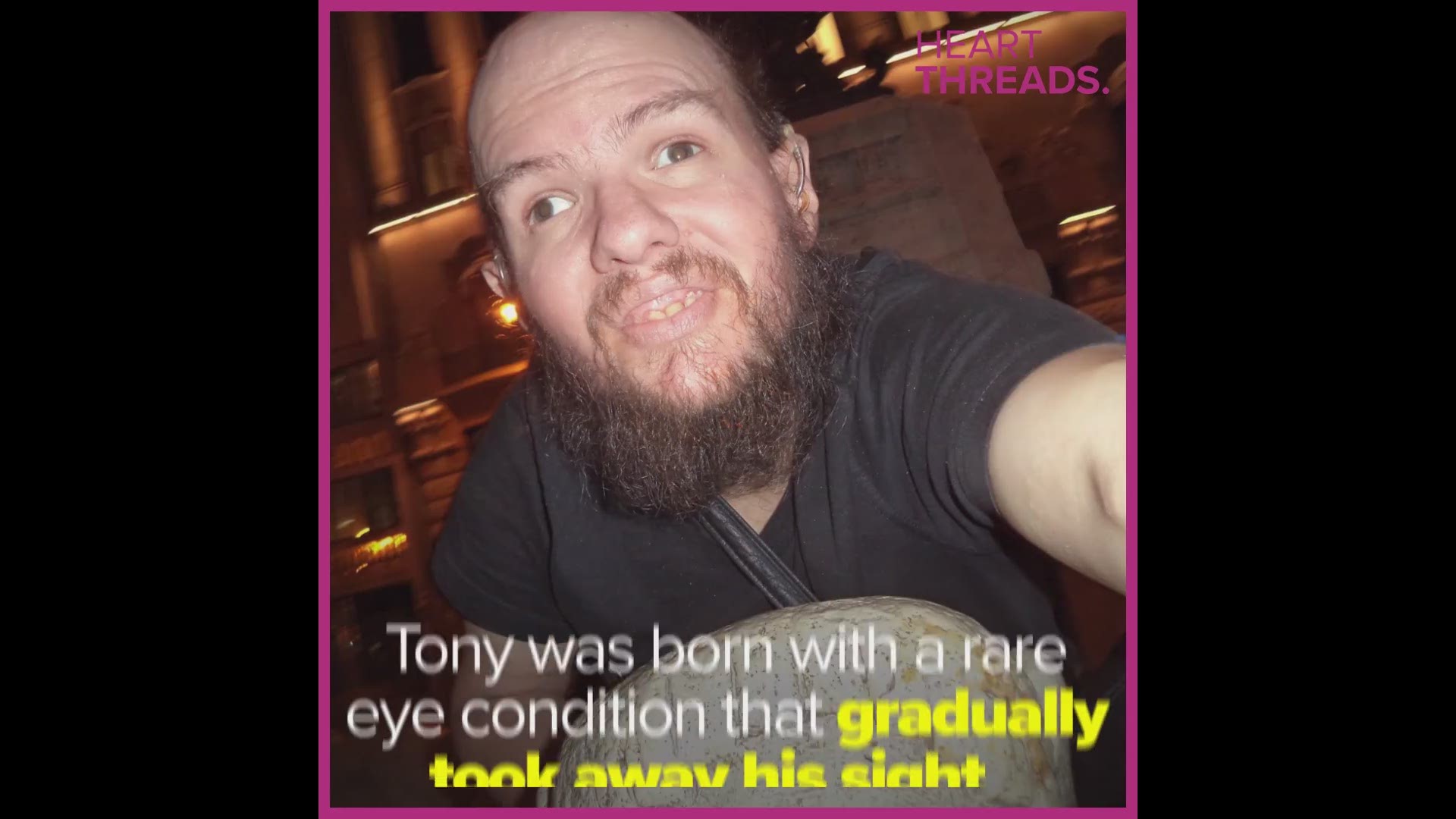 The Louisiana summer air hit him like a wall of hot humidity as he stepped out from the comfort of his air-conditioned hostel. Tony Giles was on a mission to experience the renowned rowdiness of Bourbon Street.

He had memorized the directions a fellow traveler gave him. They were simple: turn left, walk two blocks and get on the tram. As a British exchange student, this was Giles’ first big solo trip. He had meticulously organized the trip from university in South Carolina to immerse himself in The Big Easy.

He had packed, planned, prepared…

And now he was panicking.

“I took a couple of deep breaths and said to myself, ‘Tony, this is the challenge you want. If you don’t want it, go home.’ So, I took another deep breath, turned left, walked down the street and somebody helped me find the tram… and the rest, as they say, is history,” said Giles.

Traveling alone is daunting for anyone, especially Giles. As a completely blind man with 80-percent hearing loss, many would deem travel for Tony impossible.

He has proved that wrong, many times over.

Since his first solo trip to New Orleans, Giles has traveled to 134 countries completely alone. He plans on visiting all 195 countries.

“I see the world through my senses,” said Giles.

Giles experiences places by their smells, sounds, food, music and activities. He has yet to turn down any adventure. In New Zealand he bungy jumped six times as well as skydived. He sampled fried cockroach in Vietnam. Touched the Western Wall in Israel’s Old City.

However, his favorite part of any journey is meeting new people. The adventurer has met locals all around the globe. In part because he loves learning about their cultures and customs, but also because he relies on others.

“I’m used to trusting people. I’ve had to trust people from a young age to cross road and give me directions,” said Giles.

Giles admits that being totally blind and severely deaf makes him more vulnerable to the negative aspects of travel, like robbery and assault. These were fears for him when he first began to travel, however, as his list of countries ticks higher and higher he has learned an important lesson about people.

“I’ve found [most] people just want to help you and want to look after you. They’re so kind and so open. It’s overwhelming," said Giles.

Today, Giles has written the multiple books including “Seeing The World My Way,” and gained a following on his social media accounts aptly titled Tony the Traveller. He hopes that his adventures will inspire others to let go of any fear and experience the world.