Neither cerebral palsy nor cancer could stop Steph Hammerman from making history as a CrossFit trainer. 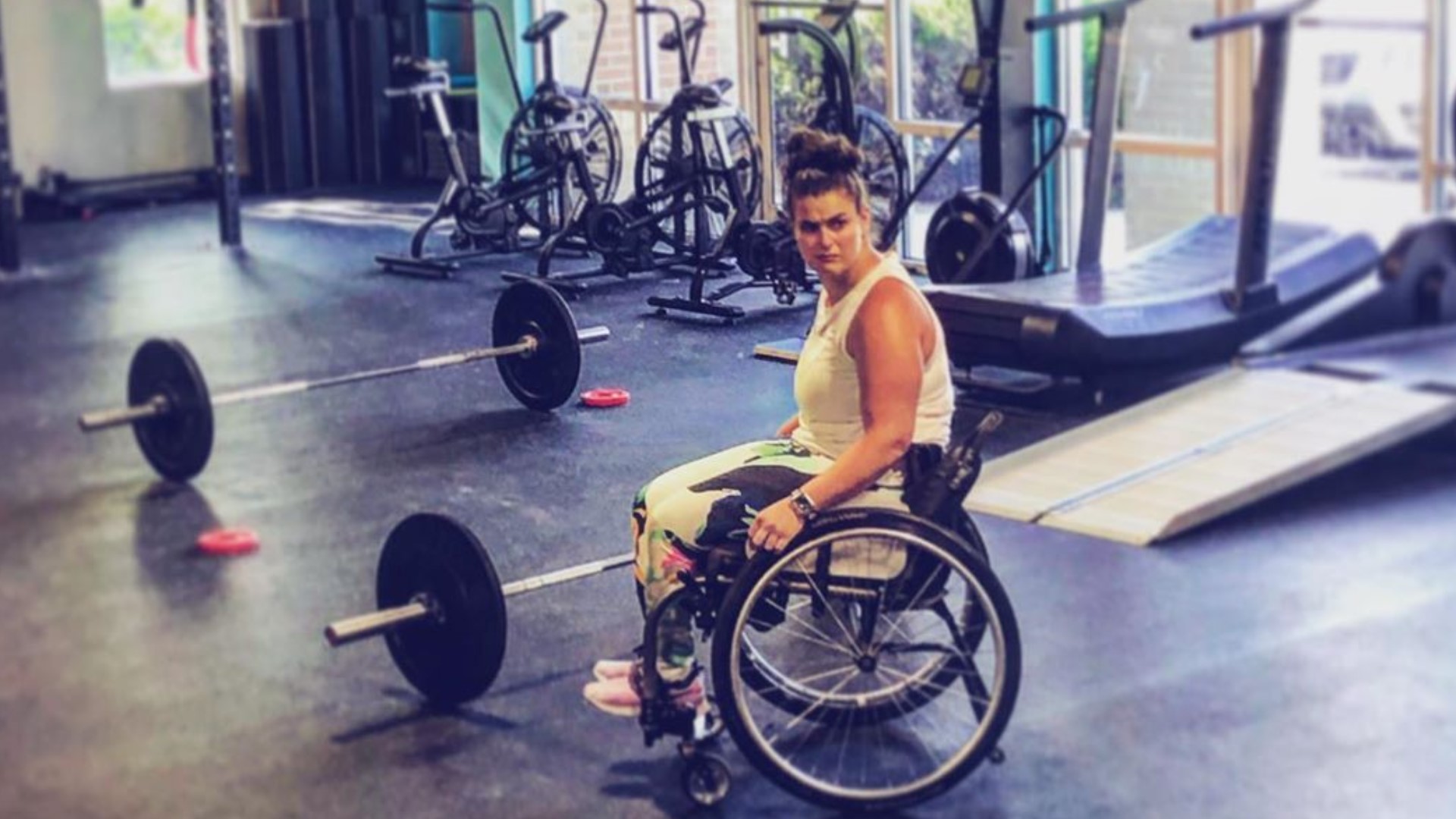 KNIGHTDALE, N.C. — For Steph Hammerman, life is like one big workout. Some days are just the warm-up. Other day feel like a marathon. But no matter what’s thrown her way, Steph never loses sight of her next goal.

“I think that sense of resilience is part of who I am. I constantly feel like I’m proving something to the world and I don’t know if that’s ever going to go away,” she said.

This mindset helped Steph tackle hurdles beginning at a young age. She was born with cerebral palsy, a condition caused by abnormal brain development or brain damage at birth which cause difficulties balancing, moving and controlling muscles.

Steph describes her cerebral palsy as relatively mild—it doesn’t affect her upper body or her intellectual capabilities. The muscles in her lower body, however, are harder to control. She alternates between using a wheelchair and walking with arm braces.

Growing up with four siblings, including an able-bodied twin brother, she was just one of the kids. She chuckles remembering her brothers teasing her as all brothers do, playing pranks on her like hiding her crutches at the top of the staircase.

RELATED: ‘Quitting was never an option’: This runner with cerebral palsy has completed over 110 races

As she got older, Steph developed an interest in fitness. She tried hand cycling in 2010 but wanted more of a challenge. In 2012, a friend invited her to try CrossFit, a high intensity fitness program that combines a wide range of challenging exercises.

Knowing CrossFit’s reputation in popular culture as an exclusive sport for elite athletes, Steph was surprised to instead find a welcoming community open to people with all types of physical abilities. 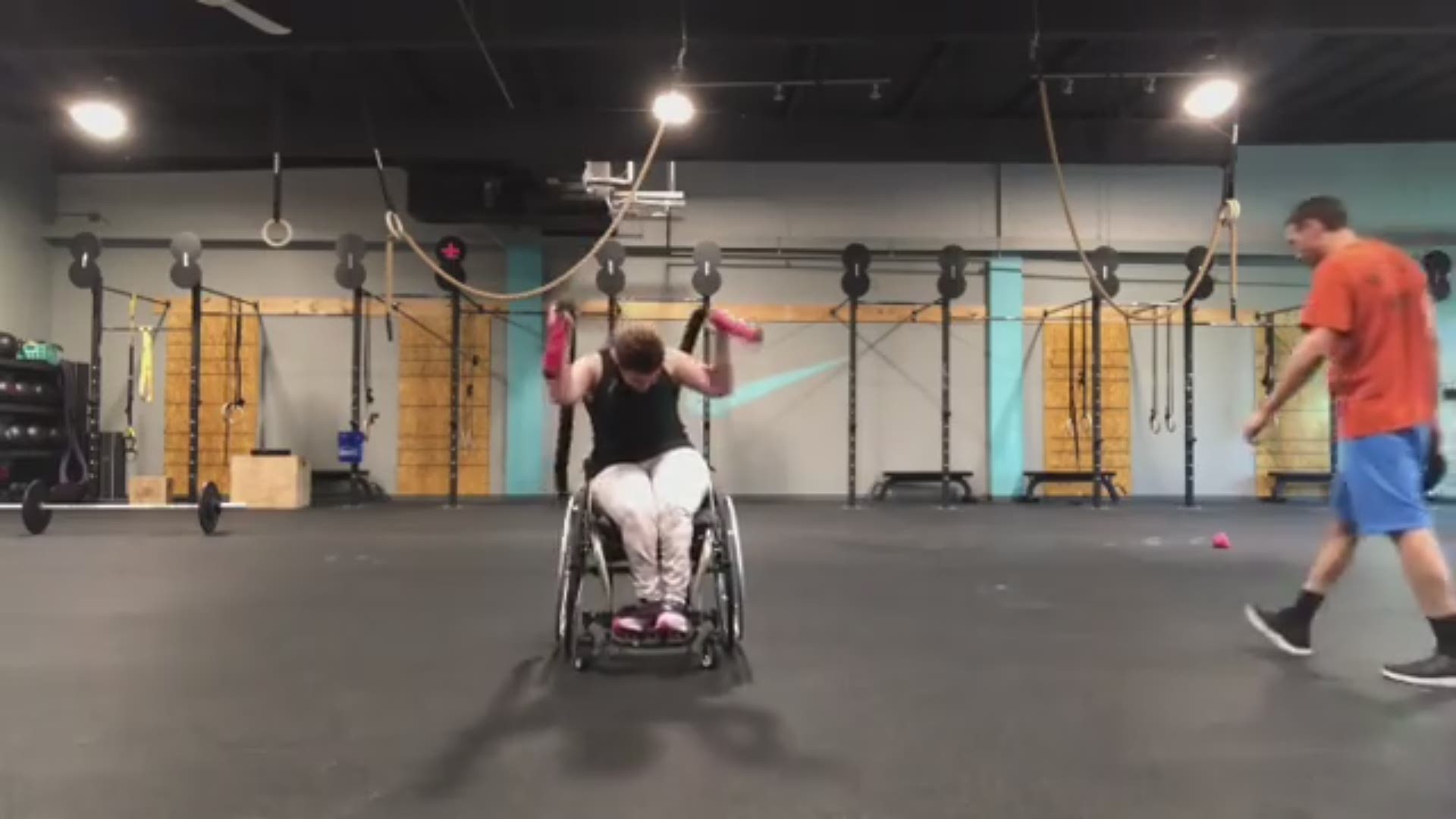 “The portion that some people get afraid of… is the idea of high intensity. Intensity is relative,” she said.

“CrossFit is for anyone of all ages, ability or skill level.”

Still, there were some movement-heavy exercises like box jumps and push-ups that Steph had to alter so she could do them with a wheelchair. As she became more invested in the sport, she sought advice on additional wheelchair-friendly modifications, but quickly realized she didn’t have many peers with cerebral palsy in the CrossFit world.

“At the time, I was the only female with cerebral palsy doing CrossFit,” Steph said.

So, she decided to become a coach to help other CrossFit athletes with disabilities. In 2013, Steph became a certified trainer. Today, she’s the world’s first CrossFit trainer with cerebral palsy to reach “Level 2” status, a certification that involves additional training.

Steph’s ultimate goal was to open her own CrossFit gym where athletes of all abilities could train together. But then life threw her a curveball.

“I remember feeling as fit as I ever could, but I also felt very sick,” Steph said.

After finding a lump under her arm, she went to the doctor, who found additional lumps throughout her body. She was diagnosed with lymphoma.

But then her training mindset kicked in.

RELATED: He uses a wheelchair. She doesn’t. Together, this couple proves all people deserve love

“Ok, what’s our game plan and how do we get to the recovery process?” she asked her doctor, who had never had a cancer patient with cerebral palsy before.

Steph and her boyfriend moved to New York for chemotherapy treatment. She continued working out as an escape from cancer.

After less than two months of treatment, Steph’s doctor gave her remarkable news: She was cancer free.

“I’ve never seen anyone like you,” Steph’s doctor told her.

With cancer conquered, Steph set her sights on her previous goal of opening a gym. Finally, it became a reality when she opened Hammer Driven Fitness near Raleigh, North Carolina.

Today, she coaches clients of all ability levels, including some who also have cerebral palsy. Steph hopes the gym’s environment encourages all members to be more inclusive of people with disabilities.

“I don’t have a disability, I have different abilities,” she said.