James Roberts can climb a wall faster than any other high school kid in the country. Yet it's his slow-climb training in Austin that prepared him for the moment. 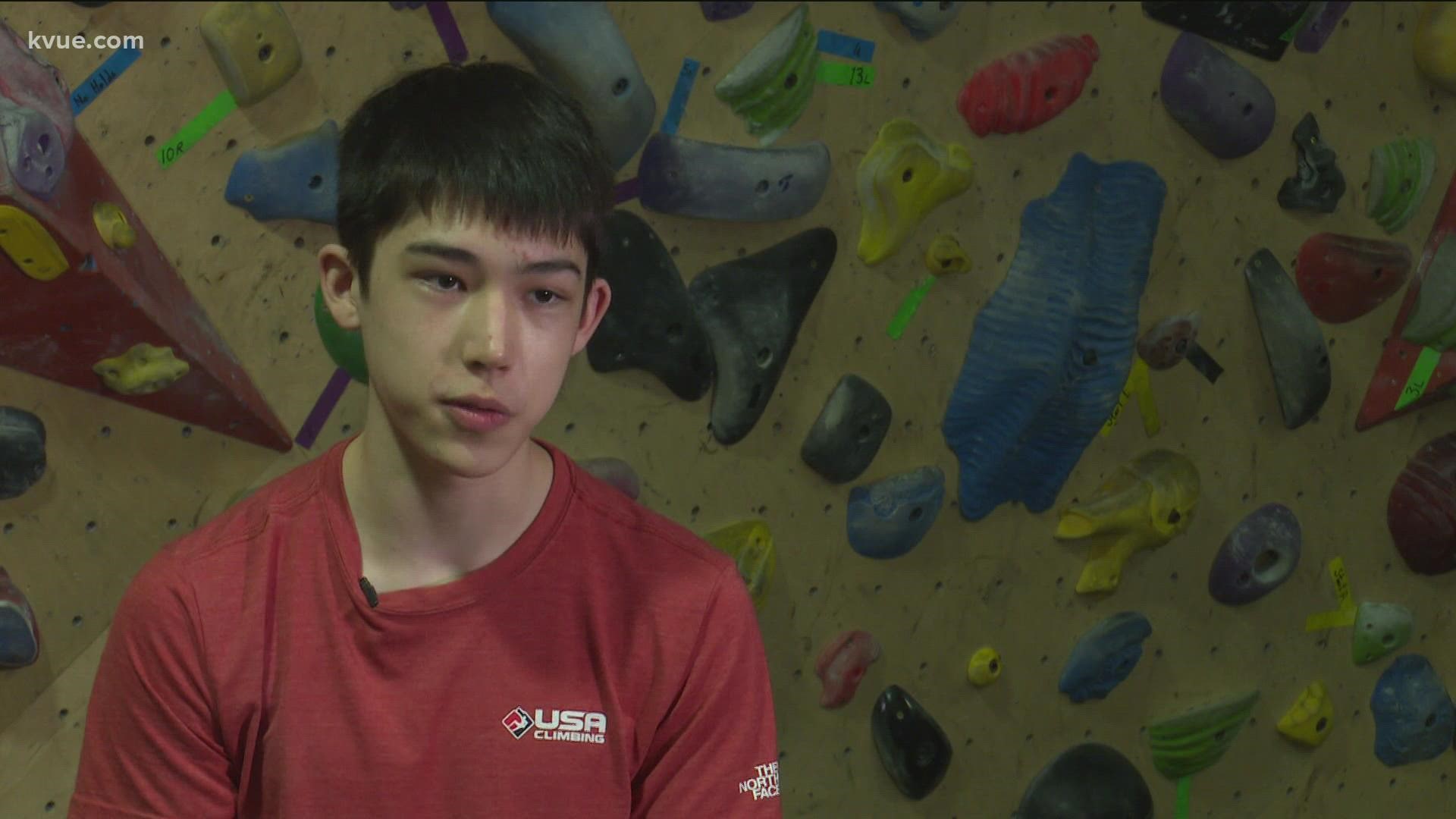 AUSTIN, Texas — For any athlete at the top of their game, the climb can teach you more than the destination.

For James Roberts, the climbing he does in Austin is a lot slower and a lot more of a grind than he'd like.

Roberts is 17 years old and a junior at Westlake High School. He trains at Crux Climbing Center in South Austin, where he began his climbing career.

Yet, nowadays, his work there isn't so much by choice, but rather by necessity.

"The nearest speed wall is two hours away, around 150 miles," he said. "No gym in Austin is 15 meters tall. In fact, [Crux] is the tallest gym and its walls aren't really comparable."

Roberts is a nationally ranked speed climber, with a personal record of 6.78 seconds on a 15-meter wall.

He also has to speed to Dallas or Houston to properly train, as zoning regulations in Austin prevent gyms from going any higher.

"A lot of kids who live close to the wall, they can say, 'OK, that's it. It's a heavy gravity day. I can go home and come back the next day.' For James, he's got to keep going and get the most out of that session," his dad, Jim, said.

The family estimates that they're only able to make the drive around once a month.

Credit: Roberts family
James and his dad, Jim, have spent countless hours on the road to allow James to train on a 15 meter speed climbing wall.

But James has come to grips with this reality.

"I guess it's taught me that, especially in competition, to never stop climbing," he said.

That exact mindset helped him win a national championship in comeback fashion a few months ago.

"I ended up slipping at the beginning, but my opponent ended up slipping later on, and I still kept climbing," he said. "The resiliency that I gained from having to stick out bad days from training helped to be able to do that."

For James, the struggle of where to train is part of the climb.

"That type of perseverance, I think, is going to pay off in life," his dad said.

The climb in Austin may be slower than he'd like, but it helped him reach the top of his sport.