This is the first time the Longhorns have been eliminated from bowl consideration since 2016. 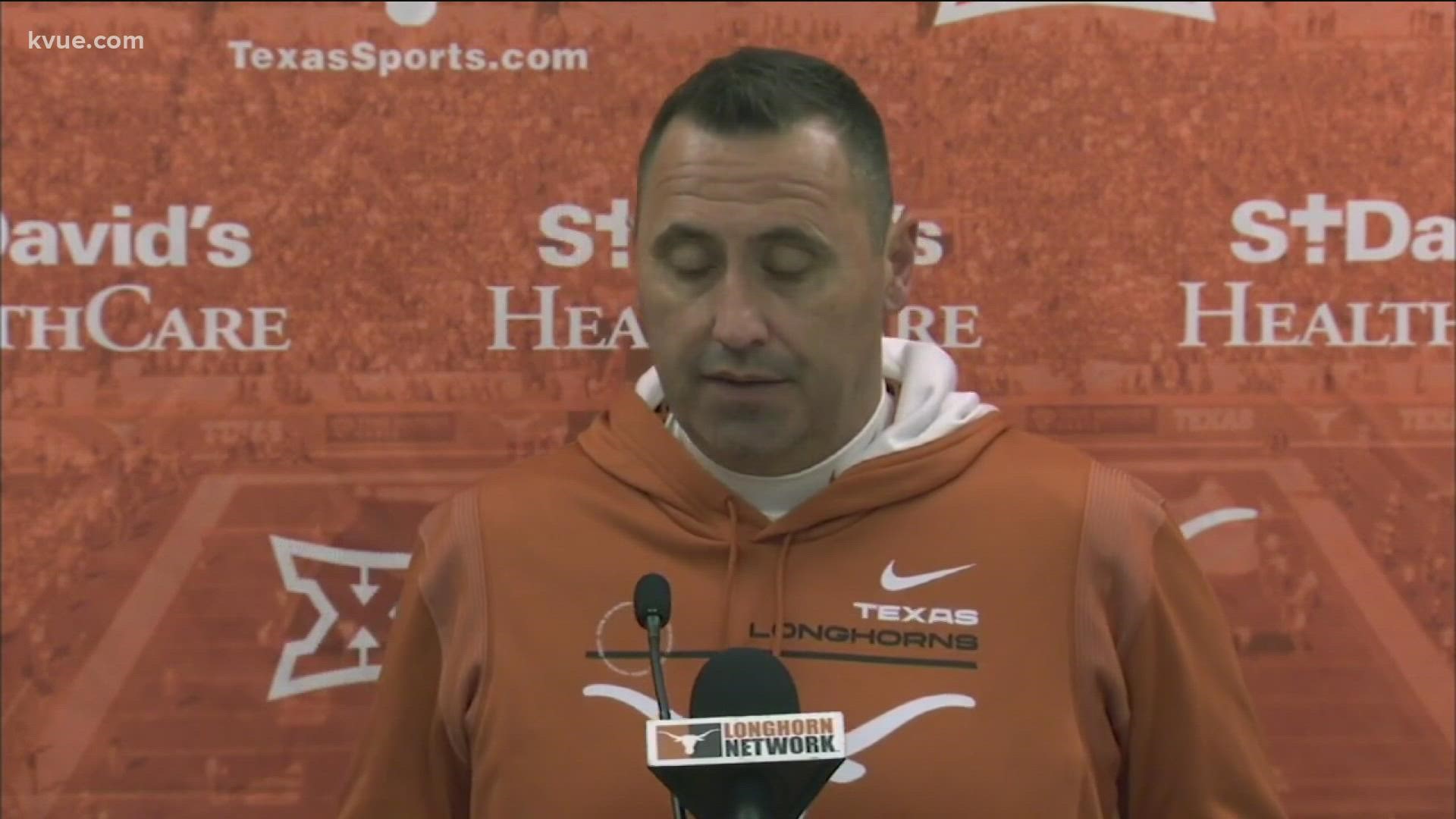 MORGANTOWN, West Virginia — Jared Doege threw three touchdown passes and Leddie Brown rushed for 158 yards and a score to lead West Virginia to a 31-23 victory over Texas on Saturday, handing the Longhorns their sixth straight loss and eliminating them from bowl consideration.

West Virginia (5-6, 3-5 Big 12) snapped a two-game losing streak and kept its own postseason hopes alive but needs to win its final game next weekend.

Texas (4-7, 2-6) couldn’t overcome another double-digit deficit. The Longhorns will finish with a losing record and miss a bowl for the first time since 2016. The losing streak for Texas is its longest since it dropped eight in a row in 1956.

Texas had two chances to potentially tie the score in the final three minutes.

The Longhorns drove to the West Virginia 30. But on fourth down, Casey Thompson was intercepted by Sean Mahone at the 6.

West Virginia then drove to the Texas 36. The Mountaineers went for it on fourth down rather than attempt a long field goal, but Doege threw incomplete into the end zone and Texas got one last chance with 36 seconds left.

The Longhorns couldn’t get past midfield and Hudson Card’s fourth-down pass fell incomplete.

Texas was outgained 459 yards to 355, but it was the big play that kept the Longhorns in range.

Alabama transfer Keilon Robinson, who was in COVID-19 protocols and sat out the Longhorns’ overtime home loss to Kansas a week ago, had a 49-yard scoring run midway through the second quarter. Robinson also had a 25-yard carry during a third-quarter drive that led to Roschon Johnson’s 6-yard TD run that pulled Texas within 28-23 with 12:25 left.

Texas never led, going three-and-out on its first four possessions. By then, Doege had thrown TD passes of 20 yards to Sam James and 14 yards to Winston Wright for a 14-0 lead early in the second quarter.

Texas: Thompson had one of his worst outings of the season, completing 4 of 14 passes for 29 yards after throwing for 358 yards against Kansas a week ago. Card played most of the second half and went 10 of 16 for 123 yards with one touchdown.

West Virginia: The Mountaineers are 4-0 this season when Brown surpasses 100 rushing yards.

Texas: Hosts Kansas State in the regular-season finale on Friday. 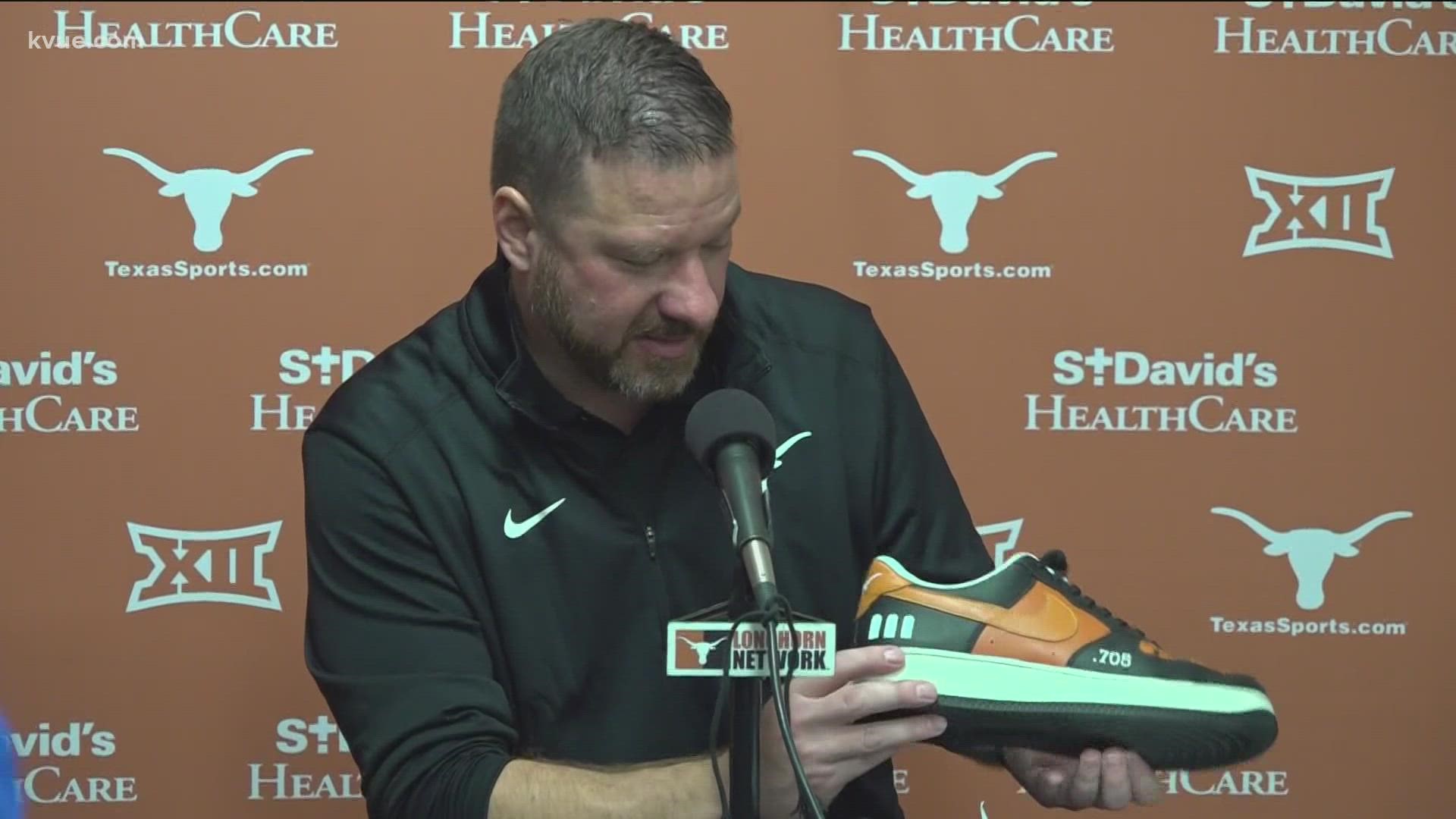