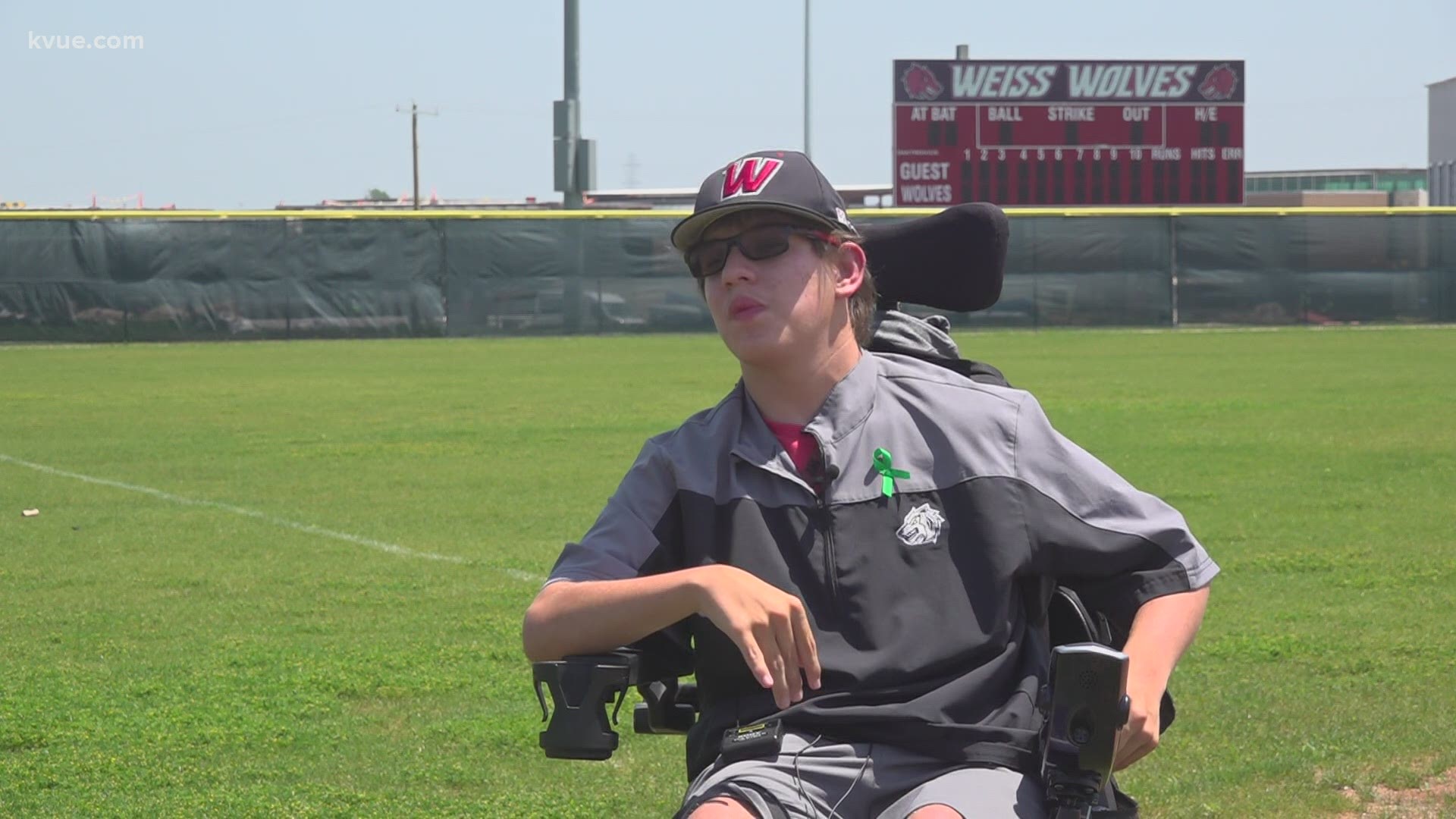 AUSTIN, Texas — The Weiss High School baseball team can pitch, field, hit – practically do it all – and the secret to their success is the motivation they receive from team managers Drew Deckard and Joseph Chambers.

"The glue of the team is what I would [call them]," said pitcher Kaedin Bankhead.

Deckard, who has cerebral palsy, and Chambers, who has an intellectual disability, are as much a part of the team as anyone on the roster.

"They have team dinners now. Joseph and Drew are there," said Coach Lamont. "When we were at Whataburger and they were trying to talk to girls, Joseph and Drew were there."

They've earned this bond with the team, thanks in part to being very good at their jobs as managers.

"I help if the umpires need baseballs, or if the boys need me to get the bats, I’ll do that" sais Chambers.

"I do the stats," said Deckard.

"They didn’t come out here like as a charity to make them feel good. They do a phenomenal job," said Lamont.

Coach Lamont knew exactly what to expect from Drew and Joseph, thanks to the countless hours he spends with them during the school day as their life skills teacher.

"He has good humor and he’s just a good person," said Drew.

"I kind of knew when I was a sophomore in high school that I wanted to coach and I wanted to teach the life skills class and teach kids with severe disabilities," said Lamont.

Coach Lamont and the other members of the team are not just teaching; they're learning as well.

"[Drew is] probably one of the strongest people I know just because what he goes through every day, and he still shows up every day with a smile on his face," said Bankhead.

"That’s kind of rubbed off on me," said Coach Lamont. "Maybe losing a baseball game isn’t the biggest deal in the world."

"I just love being out in the atmosphere and being with the team," said Drew.  "I feel really included."