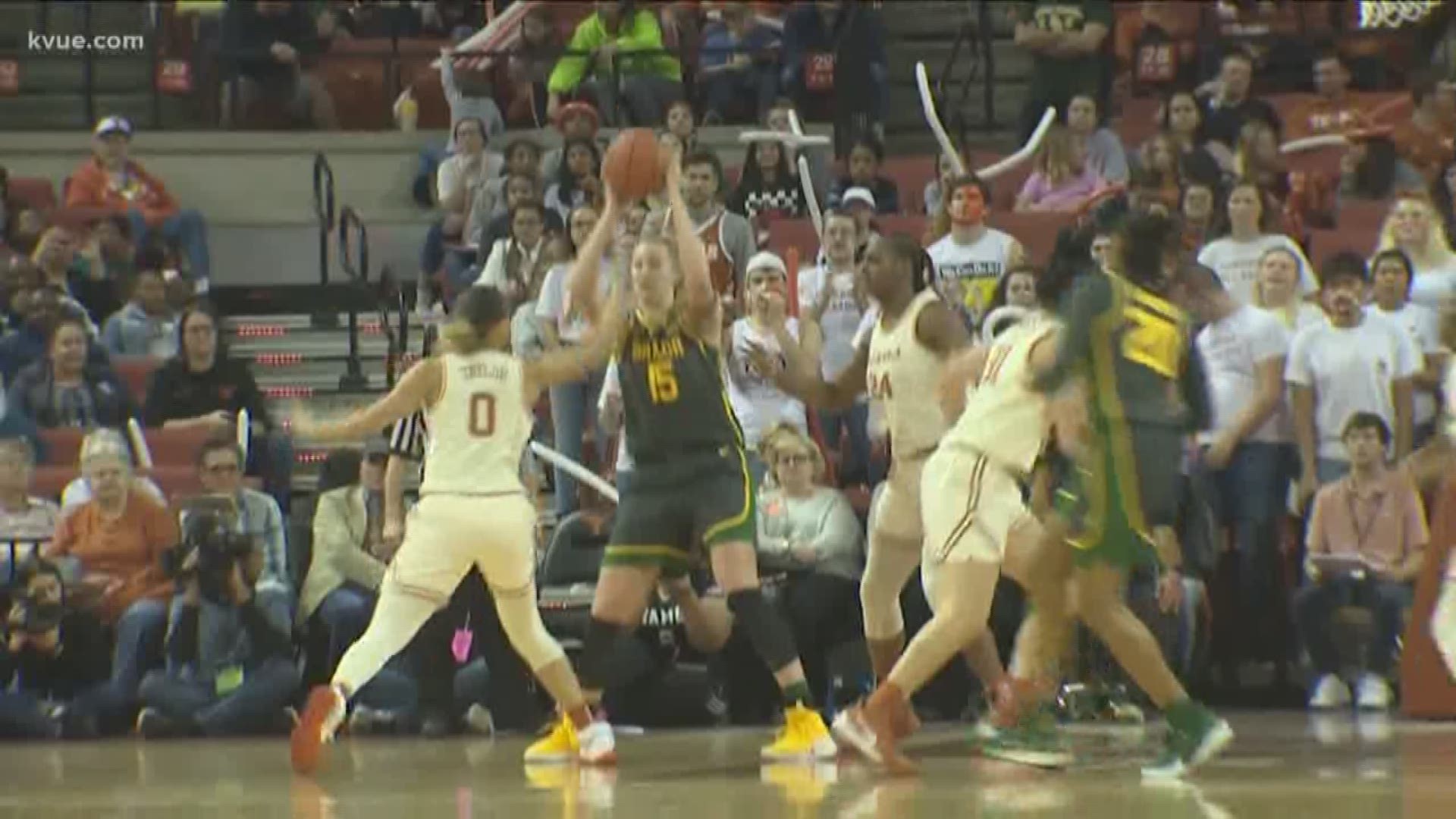 AUSTIN, Texas — If the Longhorns women’s basketball team hopes to become nationally relevant, they’ll have to find a way to compete with Baylor.

The Bears from Waco have been in a class all alone when it comes to Big 12 women’s hoops. Baylor has won 10 straight regular-season conference championships and has dominated Texas along the way.

UT has lost 22 of the last 23 games they’ve played against Baylor, but 'Horns fans believe help is on the way, in the form of a coach who knows how to beat Baylor, on the big stage.

New Longhorns head coach Vic Schaefer led his Mississippi State team past Baylor in the 2017 Elite 8, and Schaefer is prepared for many more showdowns with the Bears and their hall-of-fame head coach, Kim Mulkey.

“I had the opportunity to go to battle against [Mulkey] many times during my career and have learned a lot from her during those confrontations and competition,” said Schaefer. “That’s what makes you and develops you and helps you grow as a coach, and I think that’ll help us keep our edge; it’ll be our motivation, there’s no doubt about it.”

Now that both of these elite coaches are in the Big 12, Schaefer and Mulkey will go head to head at least twice a season.