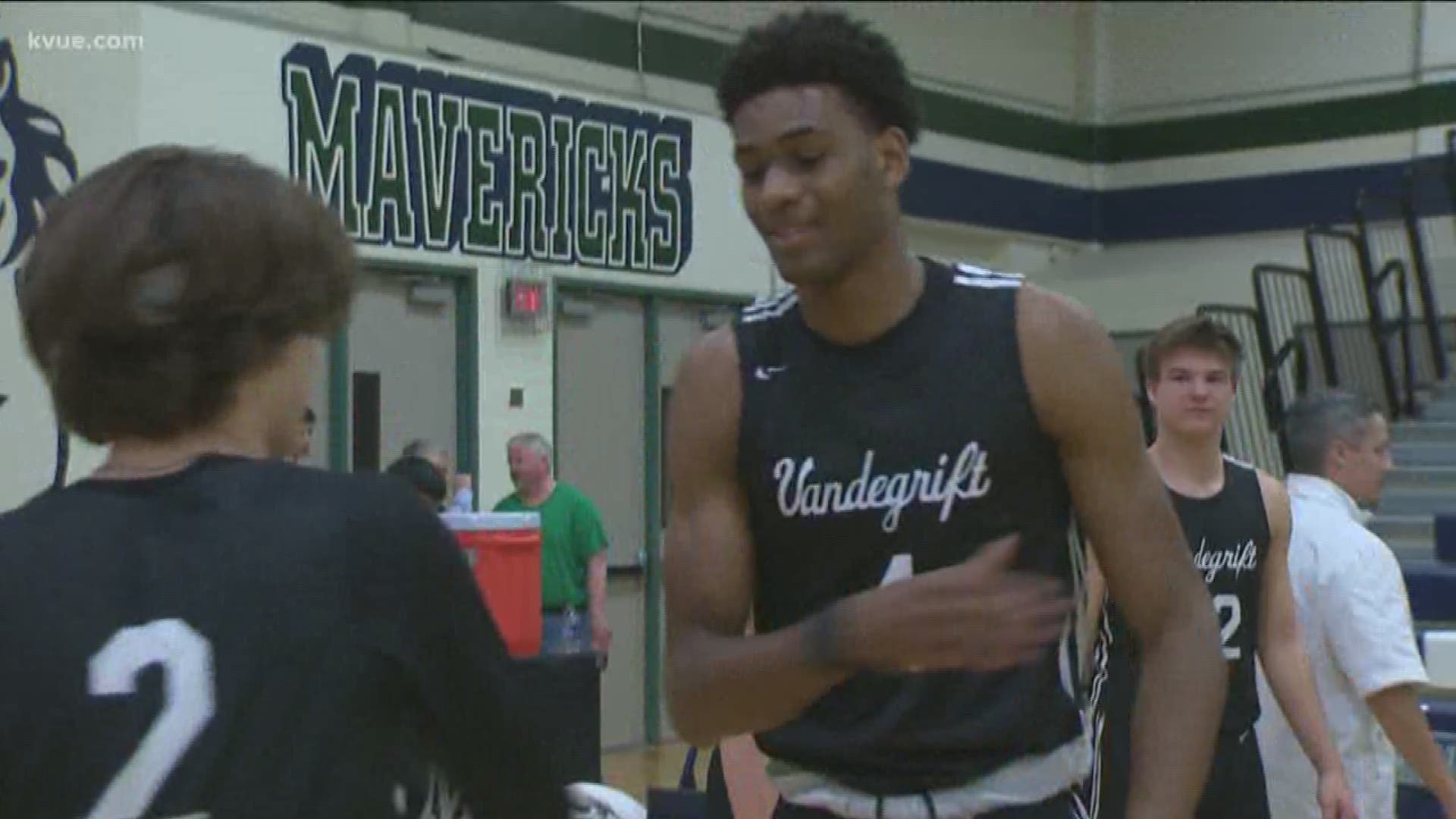 LEANDER, Texas — Five-star prospect Greg Brown, a senior at Vandegrift High School, was named a McDonald's All-American on Thursday – one of the most prestigious honors that could be bestowed upon a high school basketball player.

Brown was one of 24 players selected to the 43rd annual McDonald's All-American Game, which this year takes place in Houston on April 1.

The full rosters for the boys and girls teams can be found here.

Brown has not announced his commitment yet but remains a top target for the University of Texas.

In the 40+ years of its existence, 18 players who have gone on to play for Texas have competed in the game.

Vandegrift looks to build on undefeated 2018