The first game of the Texas Tech series and Big 12 conference play is Friday at Disch-Falk Field. First pitch is set for 6:30 PM. 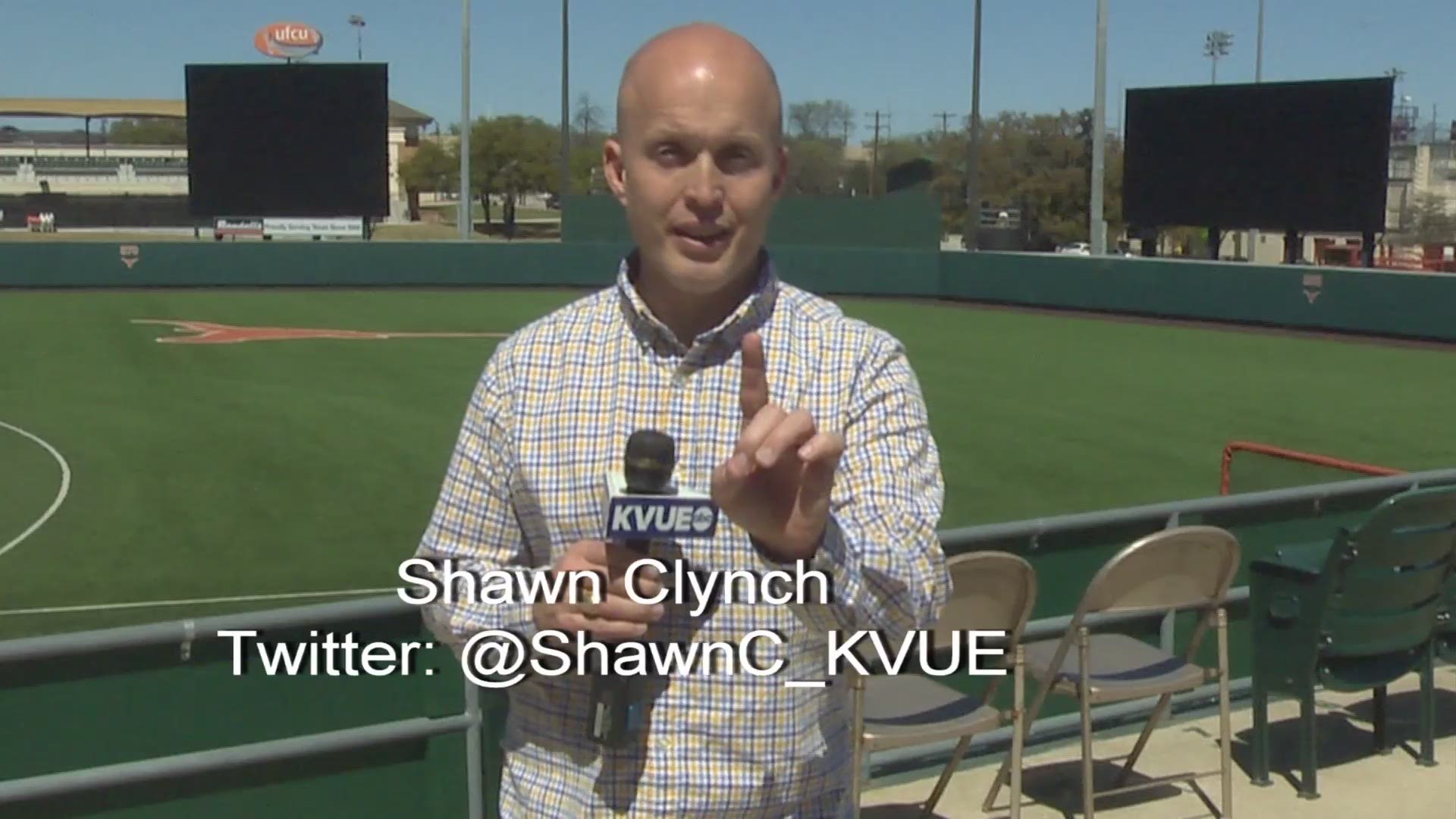 AUSTIN, Texas — Nineteen games into the season and the UT baseball team begins the next chapter of the season, the Big 12 race.

The Longhorns had an 18-hit performance after dropping three of four at Stanford last week.

"It was tough, but it does create some adversity to light the fire a little bit to get beat like that," said Texas outfielder Duke Ellis. "Honestly, I think it's helped us a lot."

The Palo Alto, California experience began with a 4-0 shutout win over 8th ranked Stanford last Thursday, but the wheels fell off in the three remaining games of that series.

The Horns allowed 21 Stanford runs to cross the plate leading to the losses on Friday, Saturday, and on Sunday.

The final game of that series included one bad inning, and mother nature was a factor delaying the game briefly due to rain in the area.

The field conditions were a factor in the 8-runs scored in the fourth inning by the Cardinals.

The Stanford Cardinals hit a solo homer in the fifth inning and the game was called in the 7th inning due to weather.

DJ Petrinsky out with injury for remainder of UT baseball season

No. 22 Texas sweeps No. 2 LSU thanks to walk-off hit by a hometown 'Horn

Texas remained focused on their overall performance prior to the Stanford series, including their pitching staff which led Texas to 11 wins in their first 14 games.

"Our pitching staff, we know what we have to do, " said Texas pitcher Blair Henley. "Hitting they do great. Even the good pitchers we faced. LSU, Stanford, we took them and handled them pretty well. So, I think going in I think we are going to do our job and execute."

As a whole, the UT pitching staff has been somewhat impressive with an overall 2.96 earned run average. The one concern is walking the opposing hitter. UT pitchers have allowed 77 free bases on walks.

"We've got to throw strikes. We can't walk people," said Henley. "I think when we walk people, like every guy we walk comes around to score. It's a crazy stat like that."

Texas will have the services of catcher Michael McCann. The senior catcher from Cedar Ridge High School suffered a groin contusion during the second game of the Stanford series last Friday. McCann hasn't played in a game since then, but returned to practice this week and is expected to play on Friday vs Texas Tech.

"We're giving him a hard time about it," said Hibbeler. "We all understand it. We said, we don't want to hear another man make the noise that he made in California ever again."

The first game of the Texas Tech series is Friday at Disch-Falk Field. First pitch is set for 6:30 PM.